Damn Nature, you scary! The person recording this must have been a tourist because I’m not sure if it even raises an eyebrow on an average Tuesday down under. A nice little Python swinging this bird, known as a currawong, around from a phone line. That’s the type of thing they might laugh at while walking their kids to school and telling them not to climb up there and mess with it.

I’m going to be honest with you here. I went to Australia like 4 years ago and I didn’t see a single Python hanging from any infrastructure constricting any animals and you know what? I feel ripped off. You can’t even really say you know shit about Australia if you didn’t watch something like this. Now that I think of it, there was a swarm of dog sized bats outside of my hotel room in Cairns known as “Flying Foxes” and that was some pretty biblical shit, but is it too much to ask to one serpent or crocodile to eat one out of the sky? I may go back and sit there until a Kangaroo kicks a Tasmanian Devil in the face or something and then just leave.

Shoutout to this snake though. Look at this core strength. 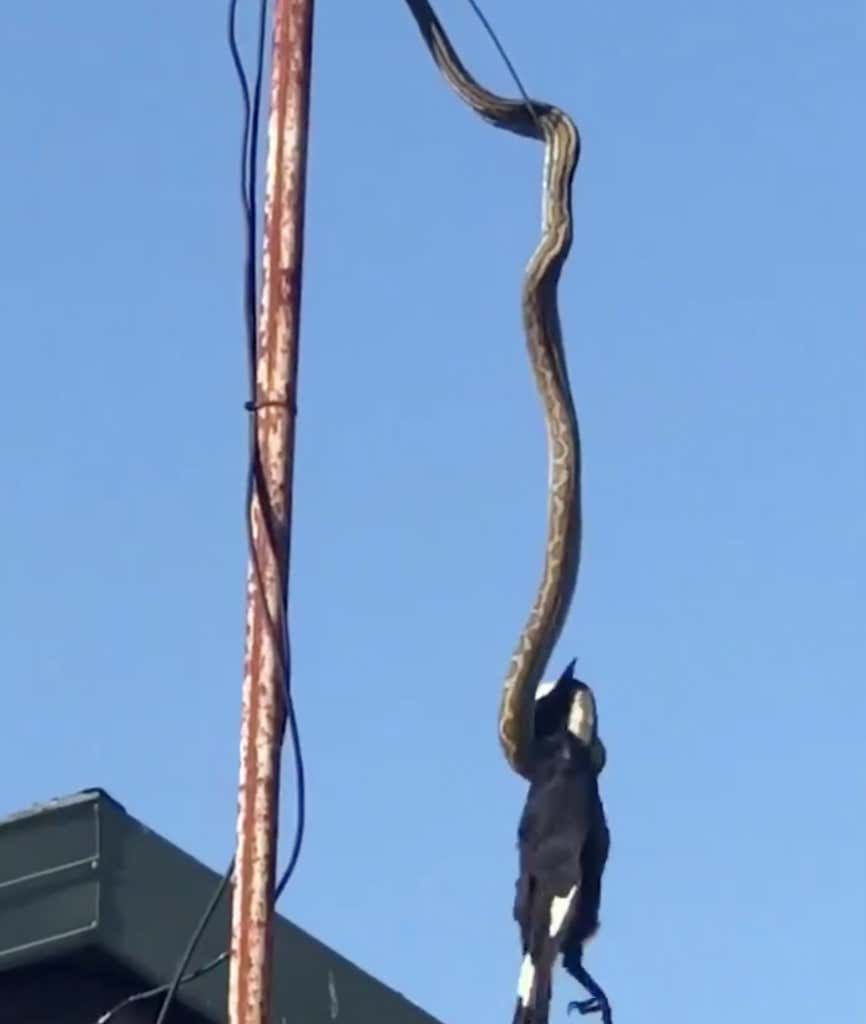 The dude is bascially 50 Cent in the In Da Club video. 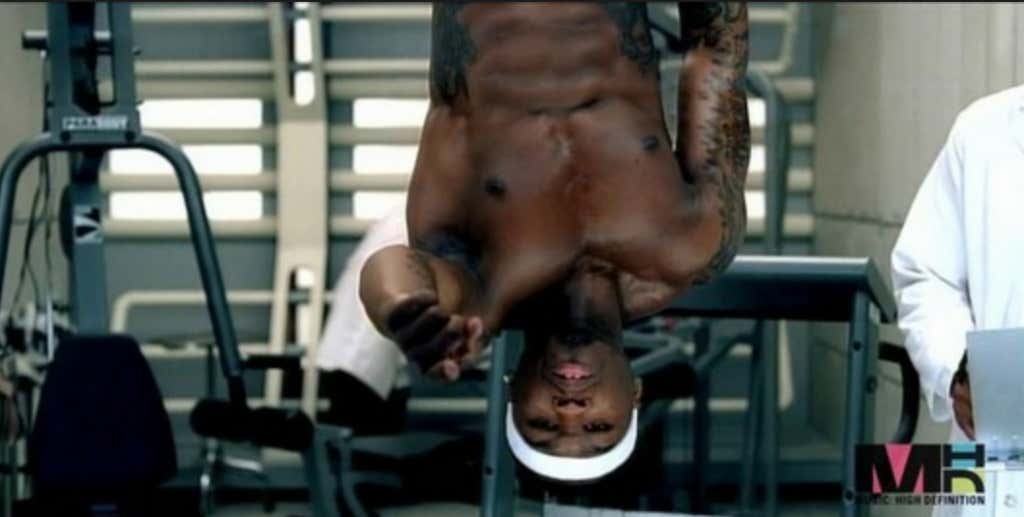 I may just have to book a flight back to Sydney and try my hand at a parkour/python catching mashup.