NY POST - A group of scientists previously backed by Elon Musk have designed a predictive text machine that is so eerily good its creators are worried about releasing it to the world.

Designed by OpenAI, a non-profit artificial intelligence research organization co-founded by the eccentric billionaire, the machine can take a piece of writing and spit out many more paragraphs in the same vein.

Called the GPT-2, it was trained on a dataset of 8 million web pages and is so good at mimicking the style and tone of a piece of writing that it has been described as a text version of deepfakes — the emerging AI-based video technology that can realistically replicate celebrities or world leaders in video footage.

You would be familiar with this sort of thing. Google’s Gmail service has predictive text technology and even offers up a selection of pre-written responses to the emails that you receive. But this is on a whole other level.

I can be the first one to admit when something is overdone and overused on Barstool, and the “robots are taking over the world” theme is definitely one we hammer a bit hard.

A group of scientists designed a predictive text machine that is so eerily good its creators are worried about releasing it to the world.

Robots that can hobble around and hop over walls are one thing.  Robot dogs that can trot across the floor are one thing.  But when you create a robot-something that is so good at being human that the people who CREATED IT in order to MAKE MONEY are too SCARED TO RELEASE IT – you’ve got my full attention. 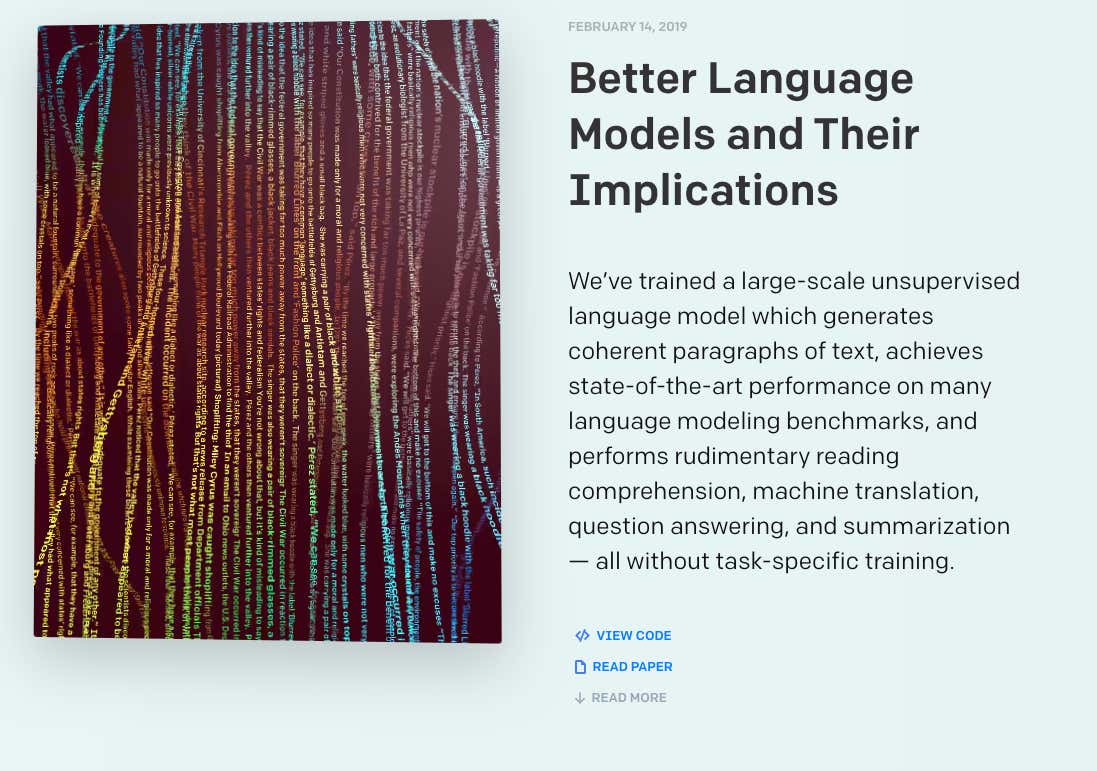 A couple of journalists from The Guardian were given the chance to take the technology for a spin and were suitably concerned by its power.

“AI can write just like me. Brace for the robot apocalypse,” reads the headline by journalist Hannah Jane Parkinson.

The OpenAI computer was fed an article of hers and “wrote an extension of it that was a perfect act of journalistic ventriloquism,” she said.

“This AI has the potential to absolutely devastate. It could exacerbate the already massive problem of fake news and extend the sort of abuse and bigotry that bots have already become capable of doling out on social media,” she warned.

If this thing learns how to put together Smokeshow galleries I am fucked.