If you missed it my first version of this segment was the kid who jammed out to Bon Jovi at a Celtics game. Once again these aren’t videos that I necessarily do or don’t like, but rather video’s that are continuously being shared on Facebook by the senile people who think they’re new.

Today we have the farmer from Shark Tank. This puppy has over 4 million views, and is still being shared across timelines all over the metro Arkansas/Alabama areas. I’m sure there are more versions of it posted, but the crazy thing about this one is that it was posted in 2015 so it’s just been continuously shared for 4 years. I can’t imagine how DJ Wiz NZ feels. He wakes up everyday thinking that he’s got a notification from a chick who wants the DJ Wiz D, but then it’s always just another disappointing share on this video by Sue from Mississippi. When will being a DJ pay off for DJ Wiz NZ?

Anyway, I like this guy. He looks out for the farmers, who are his people, and he’ll die on that hill. Such a crazy dynamic to see a guy like that come face to face with some blood sucking business people. They both for the most part couldn’t see eachothers point of view no matter how hard they tried. Whoever chose this guy to go in front of the sharks knew exactly what he was doing.

Apparently the teepee is killing it now so good for both the investor who gave him a shot and Mr. Farmer. I hope Kevin O’ Leary’s pompous ass is sick about this.

When I googled around I was a little weirded out to find out this site exists though: 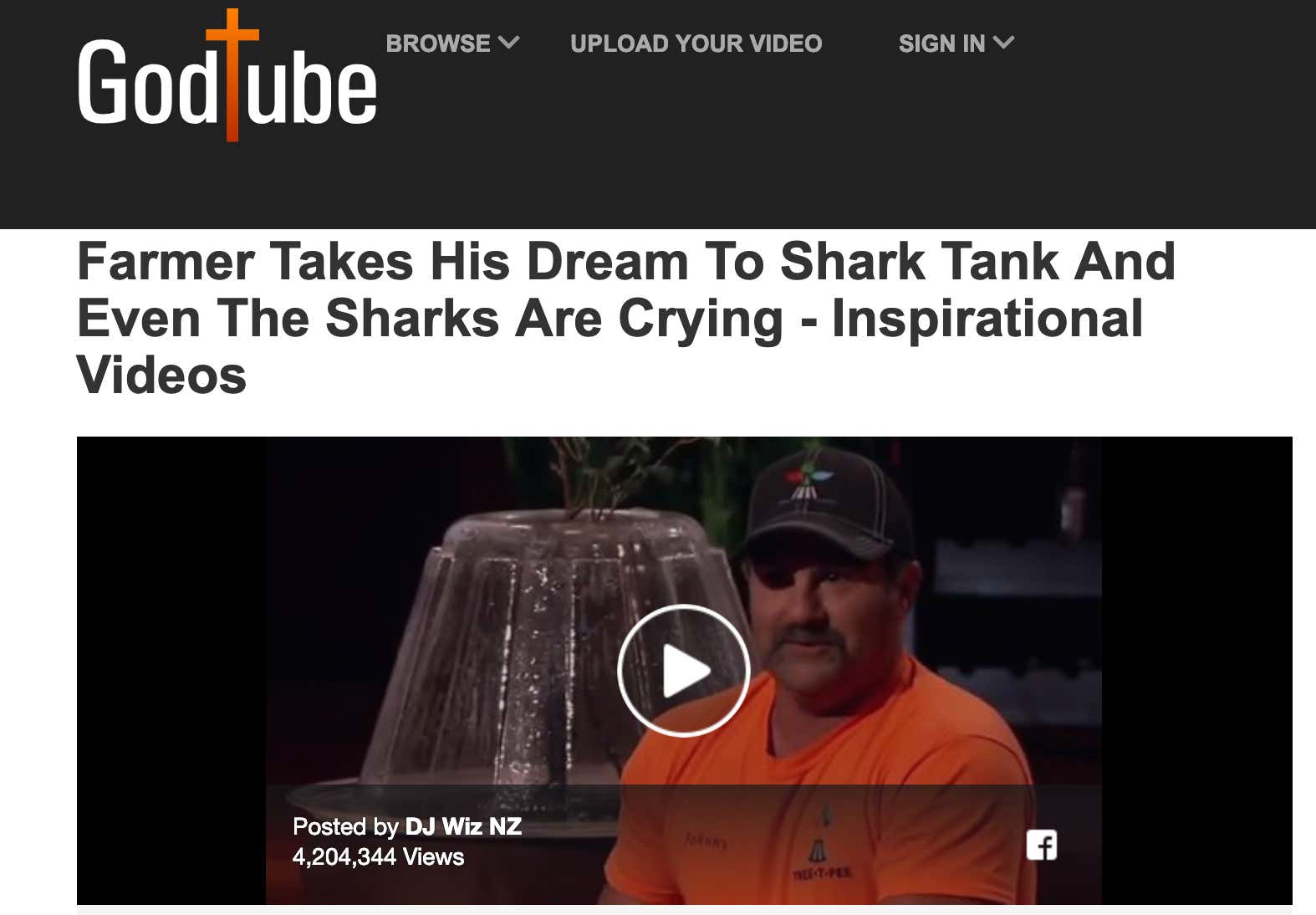