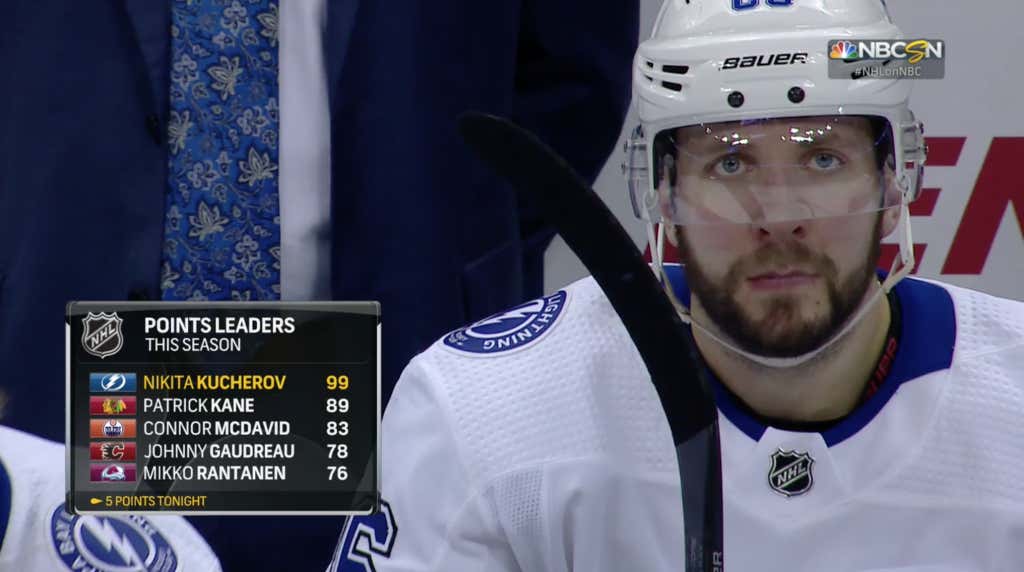 There are a lot of good hockey players in the world. As you rise up from learn to skate to mini-mites all the way to bantams then juniors and college, there is a certain point where you realize just how many incredibly talented hockey players there really are. The players who still can dominate at the next level might get a chance of being drafted. There are about 220 players drafted every year, and only a small percentage of those actually become full-time NHL players. Even less go on to their second contract and become stars in the league for any length of time, and Nikita Kucherov is absolutely laughing in every one of their faces right now.

Kucherov came into tonight’s game vs the Blue Jackets (currently a playoff team) with 94 points in 59 games. He’s scoring at a rate we haven’t seen since the late 90s and could end up with 130-140 points. As players start to get close to milestones I personally enjoy watching the games with an eye on history. Well I certainly didn’t think it was going to be necessary TONIGHT but boy was I wrong. 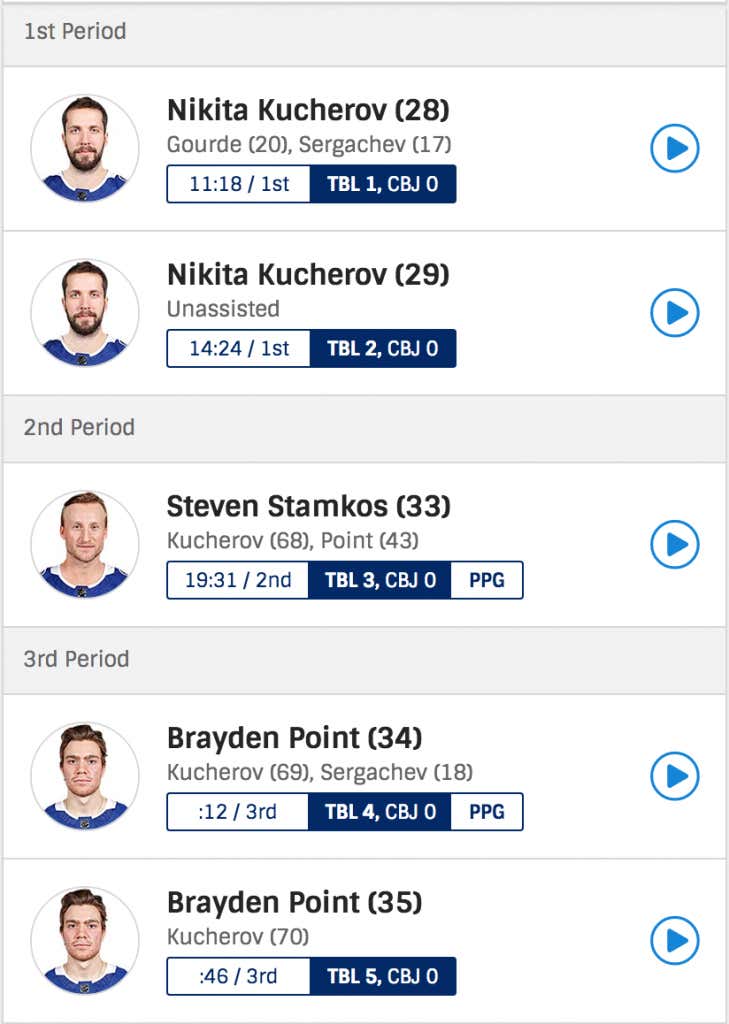 If that happened in a men’s league game you’d be like “C’mon man get a life”. You really need to be out here embarrassing these old men? Only its the National Hockey League. What a complete joke. After a 4 minute minor for high sticking in the third and John Cooper (former St. Louis Bandits legend) keeping him on the bench after that, he ended up with just a paltry 5 points, good for 99 on the year, but something tells me he might break into triple digits soon.

How many casual hockey fans could even pick Nikita Kucherov out of a lineup? He’s about as nondescript as a complete phenom gets.