So for some reason I get all of these random text messages throughout the day asking to endorse random Chicago mayoral and alderman candidates.  Usually I just fuck with them and ask “what are they running on” followed by, “red or blue?”

I then respond with a subtle “MAGA” to the Blue team and “BRING BACK OBAMA!!!” to the Red team in hopes that I can get some good content out of it, but as one should be able to deduce, I never do.

Instead, they typically don’t respond respond at all, which is admittedly my real goal.  That they all take me off their fucking text and call lists that I never signed up for in the first place and stop bothering me when I’m watching Brother Nature videos and KFC vs. gun chick on Twitter.

But yesterday I got a text from a minion of a Mayoral candidate that actually piqued my interest. 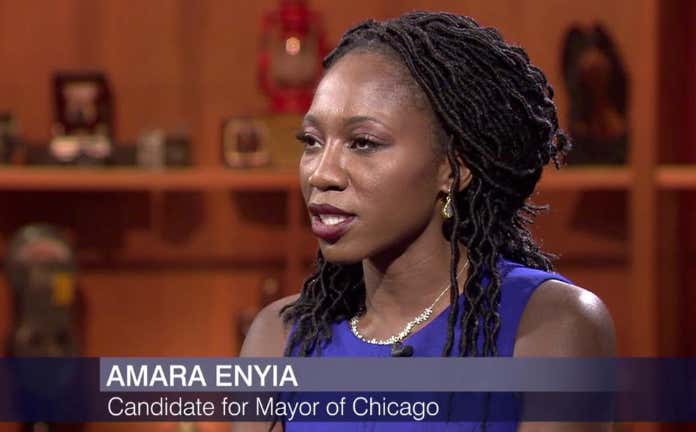 It’s arguably the most important text message I’ve ever received.  It started as usual with my “what’s she running on?” response. 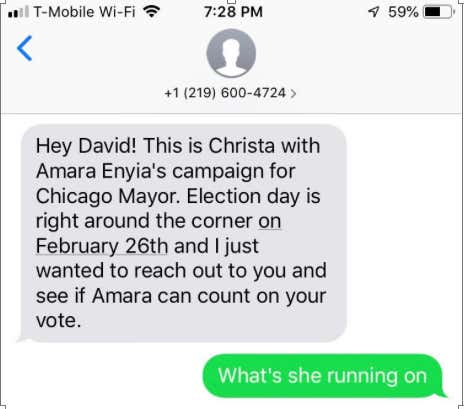 I then received the greatest response in the history of text messaging.  You ever gotten a “what ru up to?” text at 2am?  Take that feeling and multiply it by 1000 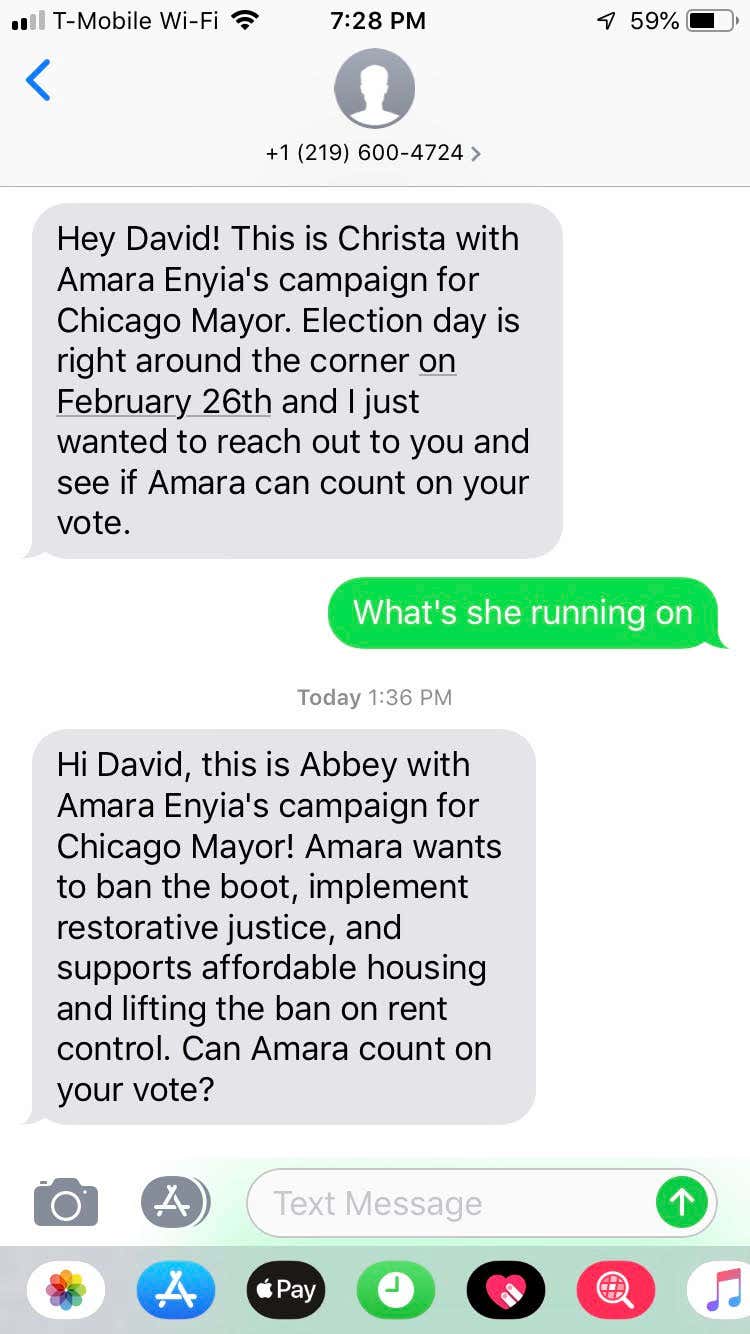 We have a mayoral candidate who wants to ban the fucking boot?  YES PLEASE!!!

Now to preface this weblog, I am obliged to mention that I have a LONG history with the boot.  I’m that idiot who gets red light and parking tickets basically bih-weekly, crumples them up, throws them on the ground and expects them to disappear from my credit report and driving record unfettered.  Unfortunately I recently found out that’s not the case:

and then again last December when they found my car parked outside and noticed the plate matched the scofflaw asshole who had dozens of unpaid tickets:

But now we have a mayoral candidate that doesn’t only want to band that racist fucking boot, but…. 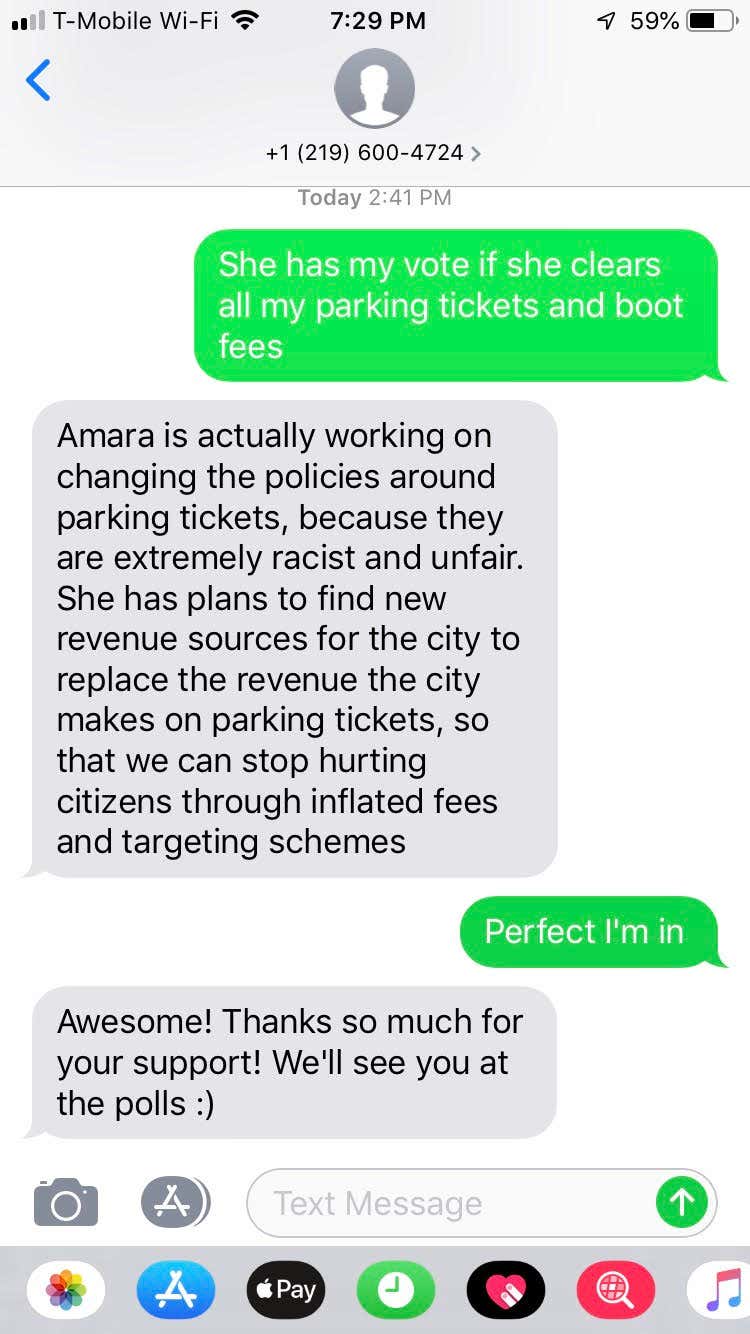 …She said she’ll clear up everything I still owe on the parking tickets and boots my car has gotten in the last year.  At least I think she did idk

Regardless, that’s all I needed to hear.  Amara (is that her name?  I forget and am sick of scrolling up to find it) is the change we hope to see in Chicago and the world or however that saying goes.  She goes beyond Red vs. Blue, and she has my complete and total endorsement.

And I take all of this back should I find out I have pay extra taxes or other shit like that that I don’t care about.

It’s Mayoral Week on Eddie’s Chicago Dog Walk where he has all the big shots on the show to discuss platforms of the utmost importance like their favorite pizza places, if the City will ban Cody Parkey for life, and whether or not the Sox will land Machado.

Check it out on iTunes, Stitcher, Spotify and all that other jazz.