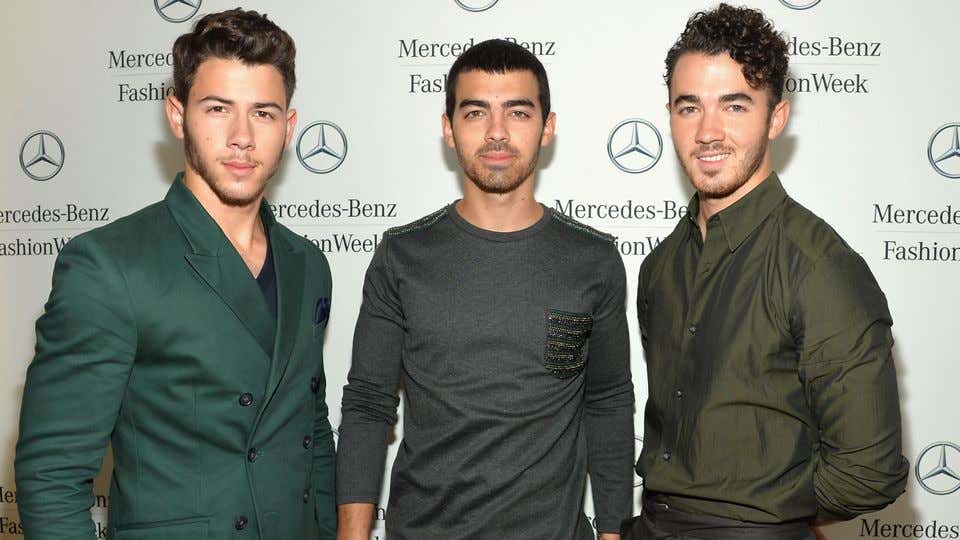 US Weekly- They’re burnin’ up … again! The Jonas Brothers are planning an epic reunion, nearly six years after they announced their split, multiple sources confirm to Us Weekly.

The insiders add that Nick, Joe and Kevin Jonas will drop the “Brothers” from their band name for their upcoming projects and will operate under a single moniker: “JONAS.”

The Sun reports that the brothers recently flew to London to discuss the comeback, which will include new music and a documentary. “After enjoying solo music success and taking time to work on passion projects, they feel that now is the right time to get back together,” a source told the outlet.

Huge news for Jonas Brothers fans out there. Apparently they’re planning on getting back together for some sort of reunion that includes new music and a documentary. I love this. It’s what all of us Jonas Brothers fans have been waiting for. Honestly, I didn’t think this would ever happen considering it seems like they have all moved on in their lives but maybe they’re just as nostalgic as we are. Ever since Nick and Kevin got married and Joe got engaged I have felt like I‘ve grown up WAY too fast. I started feeling this way as soon as Kevin got married and it was all down hill from there. But the good news is all of our nostalgic dreams will be fulfilled when the Jo Bro’s get together again and bless our ears with hits like these…