This is what started it 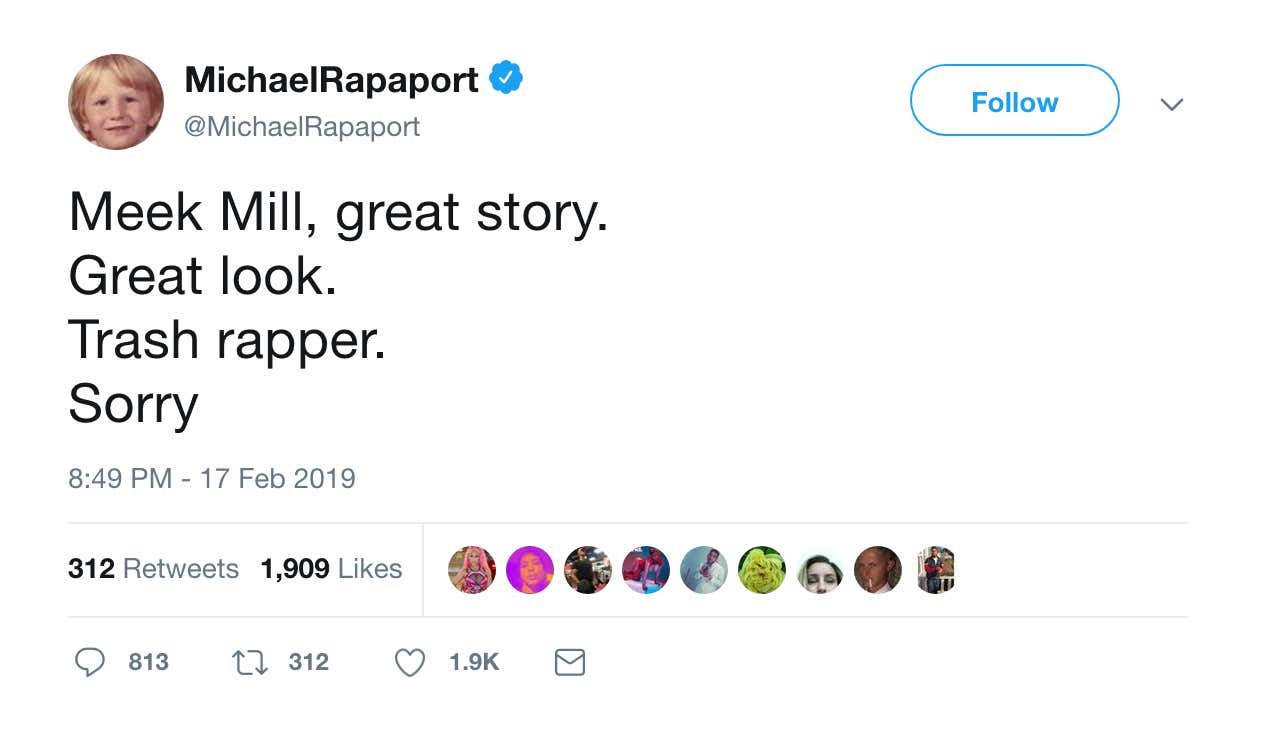 Well you just hate to see this. Actor Michael Rapaport is currently embroiled in a vicious Twitter beef with Meek Mill. I have no dog in the fight so I’m completely unbiased in the matter but it would appear that Meek is whooping the shit outta Rapaport in this beef. Just kicking the dude up and down the Twitter streets. Meek is claiming that Rapaport once complimented Meek’s rapping and begged him for a selfie. I want to make it clear that I’m not making these claims, Meek Mill is. I’m simply reacting to public tweets that are on Twitter dot come.

Also, Meek is a fantastic rapper so Rapaport is just plain wrong calling him a trash rapper. Meek Mill is an objectively good rapper. It’s a shame that a guy who prides himself on knowing everything about hip hop is currently turning the entire hip hop world against him with these comments about Meek. Rapaport loves to pretend that he’s part of that culture but it appears that culture hates his guts. It’s too bad. Michael Rapaport was on a winning streak before those Meek Mill tweets but it appears that streak is over.