I cannot BELIEVE this goal is from 10 years ago. How does time fly like this? That’s insane. It was that 08-09 season where Ovi potted 56 goals and had another 54 assists and was playing on a complete other level. He was a one man wrecking machine, it was so much fun to watch. We don’t talk enough about those first 5 years in the league 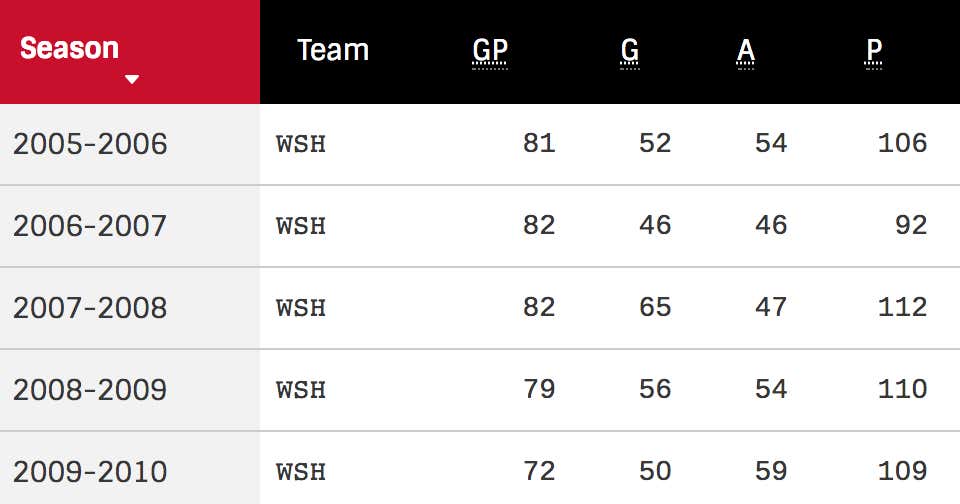 After scoring his 40th last night, he’s on his way to his 8th career 50 goal year in 14 in season. And one of those seasons was only 48 games. So, so filthy.