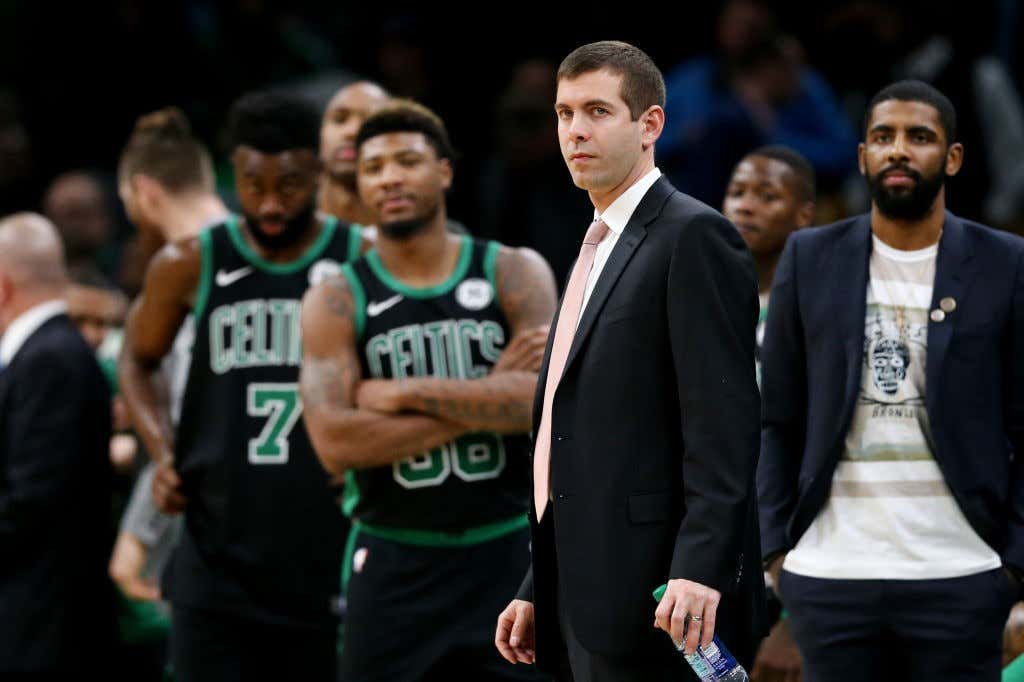 All season, through the good times and then the downright depressing embarrassing performances, every Celtics fan had a similar mindset. It was early. When things were bad there was always that line of thinking to spinzone whatever frustrating result this game gave us, and when things were good it was still there to keep everything in perspective. That just because they looked good in January does not mean anything come the Spring. Well now with the All Star break behind us and with the Celts having a total of 24 games left, it’s now cutting time. No more excuses, no more “patience”, it’s time for this group to show us that there has been real development and they are capable of ending the season strong entering what is potentially a franchise altering postseason. I don’t mean to be dramatic, but that’s really the truth. The future of this franchise sneaky depends on what happens during their playoff run. But before we get to that point, there are a handful of very important questions I’m going to need to see answered before April rolls around.

This is #1 for me. If you look at what he’s done every month this season, things are improving

It’s no secret that a serviceable Hayward is crucial to the long term success of this team. We’d seen flashes of him returning to his old form early in the season, but things weren’t all that consistent. One night he drops 30, the next he has a string of 3 or 4 games where he does jack shit. Well, not only has he looked so much better in terms of his aggressiveness and production, but he’s starting to come around when it comes to being consistent. In his last 8 games he’s been in double figures in 6 of them, and his last three before the break looked a whole hell of a lot more like the player we thought we were getting. His shot looked pure, he was making his open big momentum threes, his defense was solid, everything looked great.

My question is, can he keep it going over the final 24 games? In order to do that I’d be curious to see how his usage adjusts now that everyone is back. That was always the thing with working Hayward back into this team, figuring out how to use him best when the roster wasn’t missing any rotation players. I don’t think it’s an accident that in both of these games before where guys were out and the offense played through Hayward more he ended up looking much better. I see no reason why this can’t be the plan for the second unit even with everyone back. Play Terry off the ball where he’s probably more comfortable in the first place and let Hayward do what he does best.

2. Can they actually win on the road?

I know they just won in Philly, but that’s the Sixers. Of course they were going to win that game. It’s no secret that when it comes to this team they are certainly not consistent when it comes on the road. They’re just 14-13 on away from home this season which is the most road losses of any of the top 4 seeds. Their net rating drops from +9.1 at home to just a +2.8 on the road, with their AST% dropping as well. Essentially they play like assholes whenever they aren’t at the Garden and so far this season it’s killed them. Looking deeper and when this team plays a .500 or better team on the road they have just 2 wins all year. That’s a big time problem when you consider their second half schedule. Over this home stretch here are their road games against tough teams

If the Celtics are going to make any progress towards getting that 2 seed, they are going to have to be a completely different road team than what we’ve seen so far. Their road woes will be magnified once the playoffs roll around too, especially if this team has to win TWO potential series without home court.

3. How much rest will Al Horford/Kyrie get?

This is the problem with how the Celts dicked around back in November. They are now in no position to start proactively resting their most important players. Unless things are truly out of reach down the stretch in terms of seeding advancement, it’s going to be very interesting to see how Brad handles both Kyrie and Horford. We’ve seen there’s a clear difference in what an injured/tired Horford looks like compared to one that’s 100%, but if you look at their strength of schedule it’s the 6th hardest in the league to finish the season. For reference, MIL has the 26th hardest schedule and TOR has the 30th hardest remaining schedule. They’ll be able to rest guys to prepare for the playoffs, but the Celtics are not going to have that luxury.

There’s a very real possibility this team burns itself out trying to get the best seeding possible, and they sort of screw themselves once the playoffs actually start.

4. Will there be an adjustment to the starting lineup?

When Brad first made the adjustment of putting Smart/Morris into the starting lineup back in November, I never really considered it a full time move. Ideally I thought they would ride with it for a while to right the ship, but once the guys who were struggling (Jaylen/Hayward) started to figure it out there would be a switch back to the original starting lineup we had heading into the season.

It may seem silly to change something that seems to be working, but I’m wondering if that original group should have some time together over the final 24 games in order to be ready for the playoffs. Having all this depth is great for the regular season, but things tighten up once you get to the playoffs and I’d like to see the Kyrie/Jaylen/Tatum/Hayward/Horford pairing get some opportunities to play decent minutes together just so we can see what it looks like. If it still stinks, fine, leave things as they are, but if you’re getting the best version of all these players that’s still this team’s best starting 5 in my opinion.

If you want to keep Smart in there I’ll allow that too, but maybe swap some games with Jaylen/Hayward/Mook just to see how it looks.

5. Can they flip the switch?

This is the million dollar question. It was the same thing with the Pats who honestly had a very similar season to these very Celtics. Will this team be able to flip a switch when it matters most. We saw them do it at times this year only to then immediately take 3 steps backwards. Well there’s no time for that bullshit at this point. They need to go something crazy like 20-4 19-5 in my opinion to even consider moving up the standings, and then once they get to the playoffs there will not be a single easy round. We’ve been told all season it’s all about getting to the playoffs playing your best basketball and then kicking it up a notch one you get to the postseason.

Given how inconsistent this team has been, how can any of us know if that’s going to happen? It’s pretty evident if they don’t it’s going to be an early exit which would be a complete disaster I think we can all agree there.

Like I said, the days of talking about how things are early are gone. The season is pretty much over, and the Celtics have no one but themselves to blame for the position they’re currently in. They certainly are capable of finishing strong and answering all these questions how we would want, I just need to see it to believe it. Buckle up.