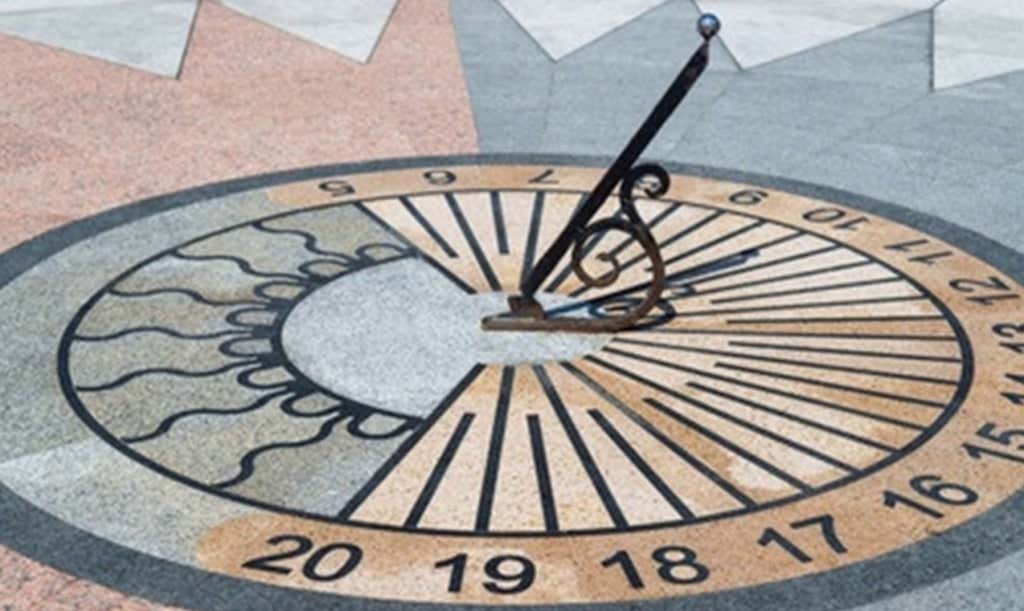 Sundials are at risk of dying out, a Cambridge expert has suggested, as he lamented the “extraordinary challenge” of getting young people interested in the timepieces.

Dr Frank King estimated sundial experts were now down to their last 100 around the globe.

He said few young people were rigorously tackling the maths required to design the timepieces – with British schools “scraping the surface” when it came to algebra, trigonometry and geometry.

As the sun changes during the course of the day, the shadows change as well, reflecting a change in time. The latitude and gradient help decide the precise location, and the gnomon should be pointing at the north celestial pole. Their accuracy can vary depending on the time of year.

Those pesky millennials are at it again. This time they’re getting rid of sundials. The times are really changing these days and old ways to live our lives are simply being thrown out the window. How else will we be able to tell time? By looking up at the sun and trying to figure it out that way? Maybe we just won’t use time in the future and instead live life without it. Look at Kunu for example. He stopped wearing a watch when he moved out to Hawaii.

Well… he just started using his phone. Technology really fucked over the sundial crowd big time didn’t it? Why would I use the sun and shadows to tell time when I can just hit the button on my iPhone to do it for me? It’s kind of like when the world thought Blu Ray DVD players were going to take over the world. If you didn’t have one you were viewed as a poor. And then not too long after that, Netflix, onDemand, and other streaming services became popular and DVD players died. Tough break for Mr. Blu Ray.

In this article it actually says sundials can be wrong depending on the time of the year.

Their accuracy can vary depending on the time of year.

I have a feeling that little tidbit might be why sundials are dying out. They’re just wrong half the time. Kind of a problem when time is such a big deal in the world. Sometimes I wonder how humanity even reached the point we’re at right now with how limited technology was at one point. It’s probably going to kill us in the end, but living right now with the current state of our tech is pretty cool.