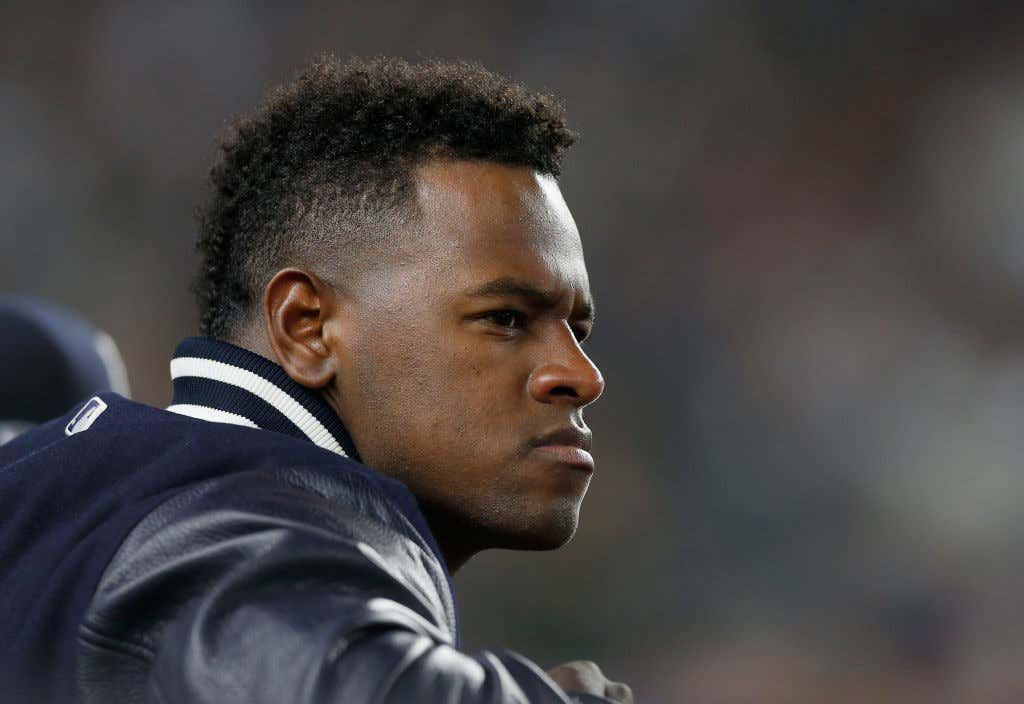 SNY- Luis Severino fired off an unexpected fastball toward Mets pitcher Jacob deGrom on Sunday. The Yankees’ ace, who recently inked a four-year, $40 million extension to buyout his arbitration years, was critical of the reigning National League Cy Young award winner for considering an innings-limit this season if he does not sign an extension with the Mets.

DeGrom, 30, agreed to a $17 million deal for 2019 in arbitration with the Mets but is still two years away from reaching free agency and has been adamant about wanting to secure an extension since the season ended. While the two sides met in Las Vegas during the winter meetings, no offer has been made and deGrom has given the organization until Opening Day to reach a deal and left the door open on limiting his workload this season.

Jacob deGrom after finding out that LUIS SEVERINO is out in the media streets talking shit.

So Hubbs just blogged this from a Yankees fan perspective and I get it. You gotta protect your guy at all costs, even if the last time you saw that guy, he was getting the Red Sox dick shoved down his throat during the biggest game of his career.

But this isn’t about Hubbs or New York baseball fans or anything else. This is about Luis Severino talking about Jacob deGrom’s situation from his Yankees ivory tower where the owners actually can afford paying for star players and can get a 4-year, $40 million extension through his arbitration years instead of Jake having to prove it year in and year out because his owners throw nickels around like manhole covers and pocket insurance money from players instead of reinvesting it in the team. I don’t have the Elias Stats Bureau’s number with me, but I’m pretty sure deGrom would have went undefeated last year if he had the Yankees bats and bullpen behind him instead of the Mets toothpicks and gasoline gang as well as a manager that allowed said toothpicks to bat out of order once.

The reigning, almost unanimous Cy Young Award winner coming off a year where he logged a 1.70 ERA has to get Luis Severino’s 2 cents about what a contract means? Really? The guy who was (allegedly) late to that playoff game where the Red Sox ran train on him is going to criticize the guy who just had one of the most dominant pitching seasons any of us have ever seen and when his shitty team actually makes the playoffs, can show up on time and outduel Zack Greinke in a Game 5 on the road when he doesn’t even have his best stuff? This is crazy town!

And lets not forget that Bryce Harper and Manny Machado remain unsigned while whispers of a future baseball labor stoppage grow louder by the day. Meanwhile we have Severino speaking out of pocket about another man’s arm and wallet as the Player’s Union is under attack by the owners. In the end, it’s about taking the side of your brothers working blue collar jobs or the side of the white collar billionaires. And I think we just found out what side Scab (*if there was a labor stoppage, possibly) Severino is on, as well as Barstool Hubbs. Me? I always support the hard working man, because that’s what I am, and that’s who I care about.

However, I will agree with Hubbs that this is all a ridiculous story that will likely mean nothing in the long run because it is the result of the New York media needing to sell papers and get clicks in a baseball crazed town when all the other teams in the area are either shitty or boring (no offense Frankie Borrelli and everyone on the Islanders wagon as well as all 7 Brooklyn Nets fans) and I don’t see a bulldog like Jacob deGrom going Lev Bell at the end of the season just because his team’s owners never paid him what he deserved back when he would’ve been a bargain.