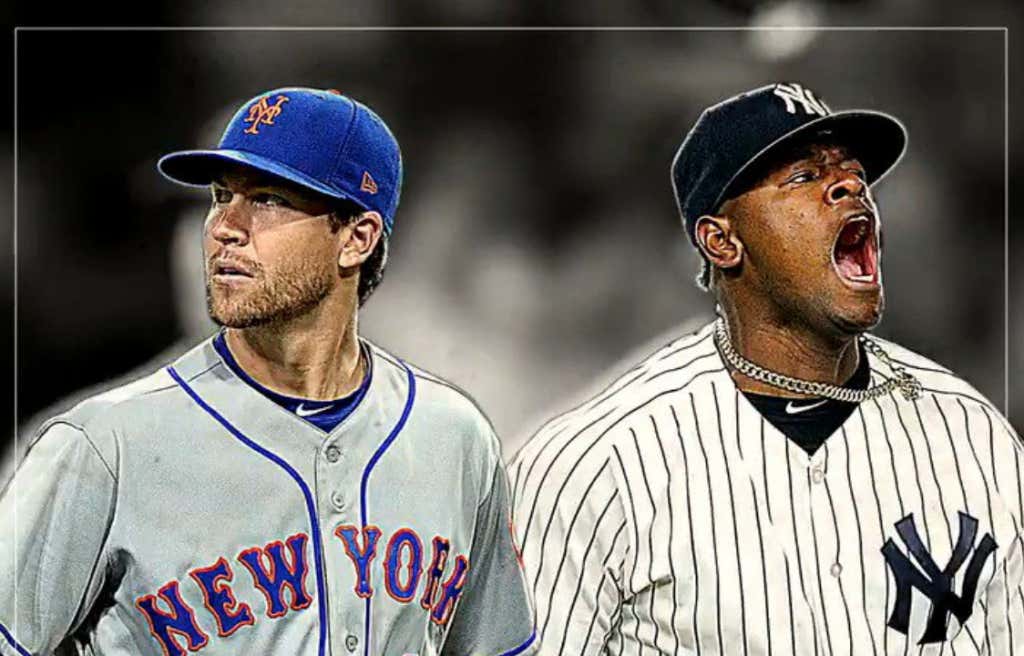 In case you missed it, deGrom made headlines last Thursday telling reporters at Mets’ spring training headquarters in Port St. Lucie, Fla., that he might limit his innings this season if he doesn’t get a multi-year contract extension before Opening Day.

Severino got tougher on deGrom when he was asked a follow-up question:

So you feel that there’s a time to negotiate contracts and a time for playing?

OKAY Sevy OKAY I see you! My man just got his four year contract and he’s feeling himself a little. Who did he go after? The man on the throne of New York pitching, Jacob deGrom. Now I’ve said this a bunch of times, but deGrom is my favorite pitcher to watch in all of baseball. He is appointment television every time he toes the rubber. I would do unspeakable things to have him in the Yankees rotation right now, and I feel bad for how shitty the Mets treat him with their lack of run support.

So what was Sevy annoyed with? Just recently deGrom said he would consider pitching under an innings limit if the Mets were unable to give him a contract extension before the season began. Severino clapped back with a fantastic quote that Yankees fans will eat up for sure.

My guy is in it for the love of the game! That’s my motherfucking ace! He took a four year $40 million deal just to get it over with so he can focus on baseball. He could have gotten more no question, but the man just wants to pitch in New York and be happy. Severino was then asked if there was a time to negotiate contracts and a time to play.

He’s not wrong about anything. Money is just a material thing to Sevy and it’s unimportant. See the Yankees are about playing for the love of the game and winning championships, nothing else. Money? Fuhgeddaboudit! Severino took less money so we can spend it in other places, and he’s a great teammate for it. deGrom wants all of King Midas’ silver it seems and is even refusing to stop pitching in order to save his bullets. This whole thing is a microcosm of the Yankees and Mets organizations. It’s good to be us. In all seriousness I side with both players. deGrom without question should get paid. He’s the best pitcher in the sport. But he also shouldn’t limit his innings because of that.

For the record, I would be in favor of deGrom playing this season with a pitching limit so he’s healthy in time to join the Evil Empire in two years.

P.S. There is a very good chance deGrom’s quotes were taken out of context and the NY media is blowing this all out proportion, but Sevy’s words still count.