Drake is the best man. You just know that somewhere in the back of his mind he thinks he could actually be a professional boxer. He’s not in that boxing gym for cardio. He’s in there preparing for a match that has no date or opponent. And you know all the people around him are like, “Damn Aubrey, you’re a natural. You’re low key super good at this man. We might have to get you in the ring for real.”

It’s same reason he goes to the gym and runs NBA-type drills with his pals. In his head, he could come off the bench for the Raptors right now. In his head, he could go toe-to-toe with Triple G right now. It’s his delusion that’s allowed him to become the biggest rapper in the world. You don’t get as big and as popular as Drake is without being a little delusional. It works to his advantage. If Drake is really looking to fight Pusha T, we’d be more than happy to have them square off at RNR8.

Unrelated but sorta related, I started following Pusha T on Instagram over the weekend and this was the first insta story of his that I saw 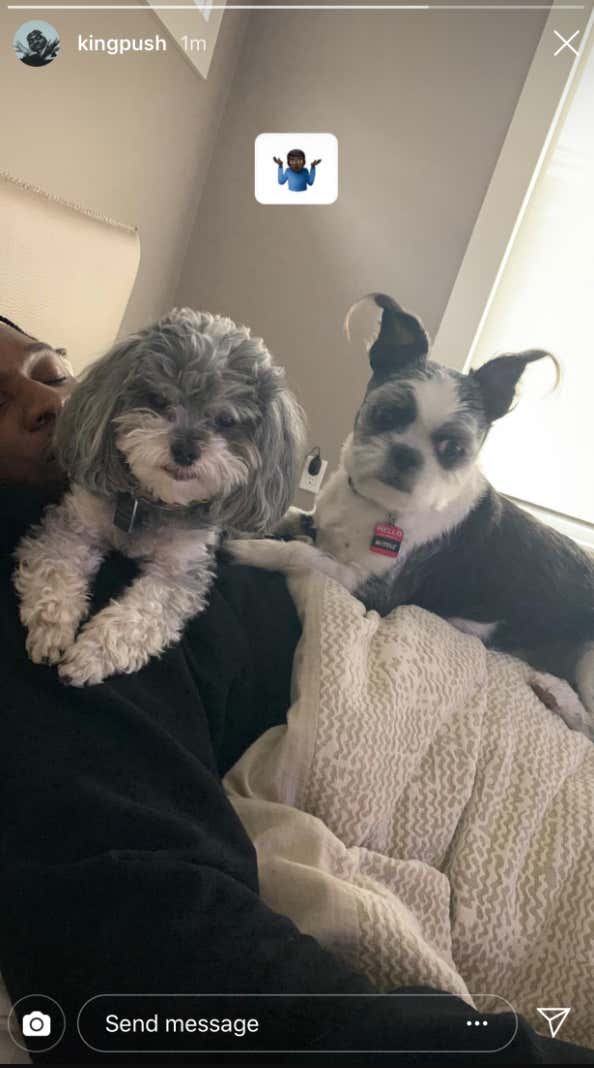 I don’t know what I was expecting but it wasn’t that.