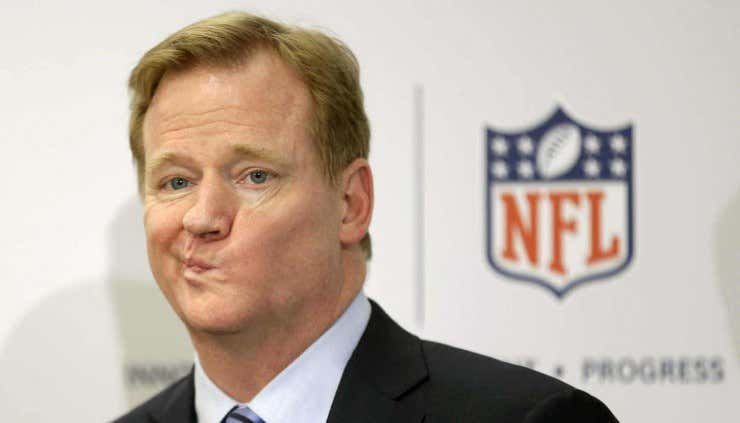 PFT – Most civil settlements include a provision that requires the parties to keep the details of the deal — most importantly, the amount of money that changed hands — quiet and confidential. Few civil settlements will generate the kind of urgency to get the details as will the settlement of the collusion grievances filed against the NFL by Colin Kaepernick and Eric Reid. …

For now, no one is talking. As time passes, and perhaps as alcohol flows in and around the Scouting Combine or the annual league meetings in late March, someone will.

Michael Hurley, CBS Boston – By agreeing to settle Kaepernick’s (and Eric Reid’s) grievance, the NFL ensured that all of the private communications among team owners gathered in the discovery phase of the process will never see the light of day. By the NFL’s own standards, this alone is a confirmation of guilt from the league. … Time and time again, Roger Goodell pledged that the league sought nothing more than to achieve transparency. … After all, if the private communications of the team owners only showed that those billionaires acted with the highest level of dignity, honesty and honor, then the league would have little issue dragging this case out as long as it took to win it.

I didn’t spend all of 2017-18 not caring about Colin Kaepernick and Eric Reid’s opinions on Francis Scott Key songs just to roll into 2019 and suddenly start giving more than zero fucks. I mean it. Sit. Kneel. Stand. Put your right foot in a sock with pigs wearing cop hats and shake it all about for all I care. This whole issue has been the worst debate of all time and the NFL paying these guys $20 million or so hasn’t made it any more worth our time.

Except for one thing. And that is Roger Goodell’s private communication with the NFL owners he colluded with. All of it. Texts. Phone calls. Emails. Those I am interested in. Because I am all about … [wait for it] … transparency and integrity.

For how long exactly has Goodell said that transparency and integrity are his greatest priorities? Those have been the two words most frequently on Ginger Satan’s thin lips over the last five or so years. They sure as hell were when the communications in question belonged to Tom Brady. Or John Jastremski and Jim McNally, the C3PO and R2D2 of the Deflategate saga.

In 2015 it was imperative that Brady turn over his phone. The private one that belonged to him that he purchased with his own money as a free American with a right against unreasonable search and seizure guaranteed him from the time Redcoats were pawing through Colonial underwear drawers with impunity. The world got to read The Deflator and Dorito Dink’s private conversations going back years. We got a document dump of thousands of Brady’s emails, including the one with this spot-on prediction, this GOATstradamus prophecy about his and Peyton Manning’s careers that came true:

And yet, when it came down to it, after the Deflategate Truthers lost every argument about science, texts, fudged data and fake reports, the goal posts had been moved to the point where the only thing that justified the punishments handed out was Brady not handing over his phone. To an investigation whose sole reason to exist was to nail him to the suspension cross for the sin of being excellent.

Alright then. Let’s have it. If failure to make your phone records public is a crime worthy of punishment, then let’s see Goodell’s. In the name of transparency and integrity. Of openness, for the good of the game. I don’t care who leaks them or why. I just want to see them in the name of fairness and honesty. That’s a lesson I learned from the same guy who just paid 20-plus million of his employer’s money in order to keep his own phone records sealed.