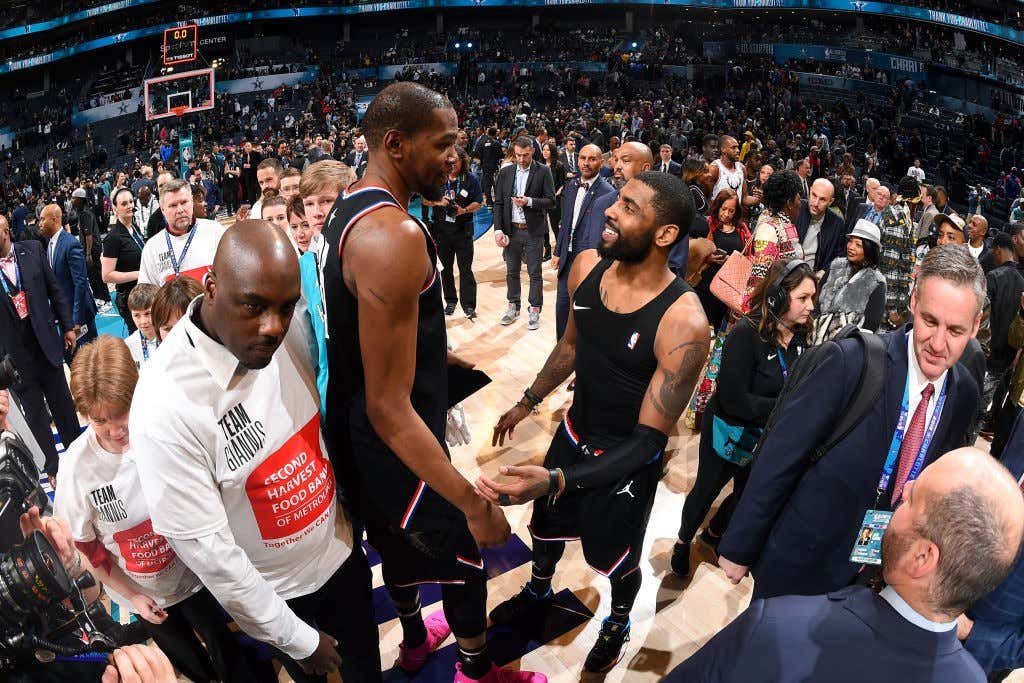 Most people will look at all the fun and interactions Kyrie Irving and Kevin Durant had this weekend and they will think this means they are joining forces on the Knicks or something. It’s mostly Knicks fans and Celtics haters who think that, so I get why they would go that route instead of the reality. You see everyone thought that Ainge would spend this weekend sending out his soldiers out to recruit Anthony Davis, since he’s been the one in the news and everyone knows Ainge has him high on his wish list. Here’s the thing though, that was last year’s plan. You may remember this photo 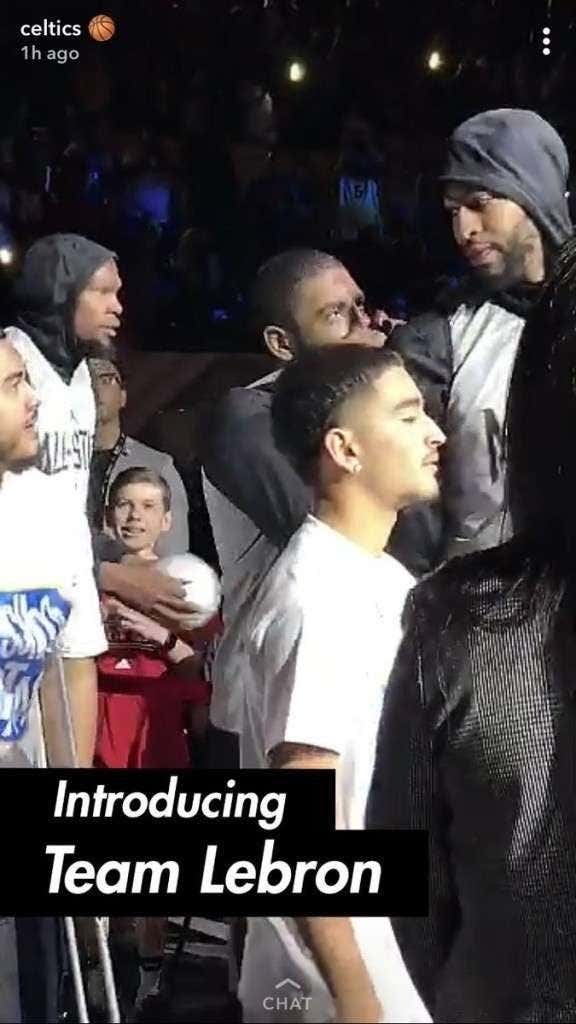 from last season’s All Star Weekend. It was pretty clear that the mission was to plant the seed in  AD’s head early.

What people may not realize is when you’re the star point guard for the Boston Celtics, you have a much larger responsibility than just carrying the team on the court. You assume the role of their #1 recruiter. It’s your job to get the names from Danny who he wants, and go out and deliver. We saw it time and time again and how did that work out? 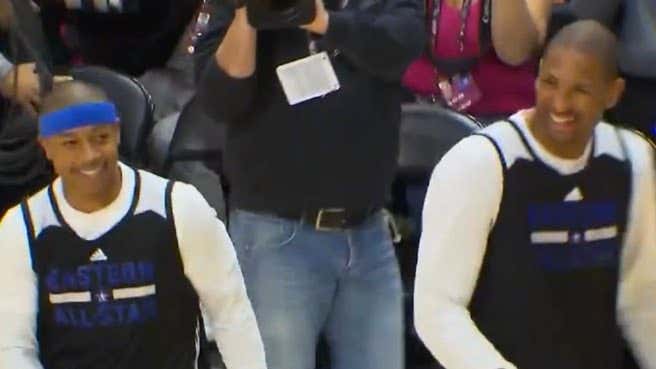 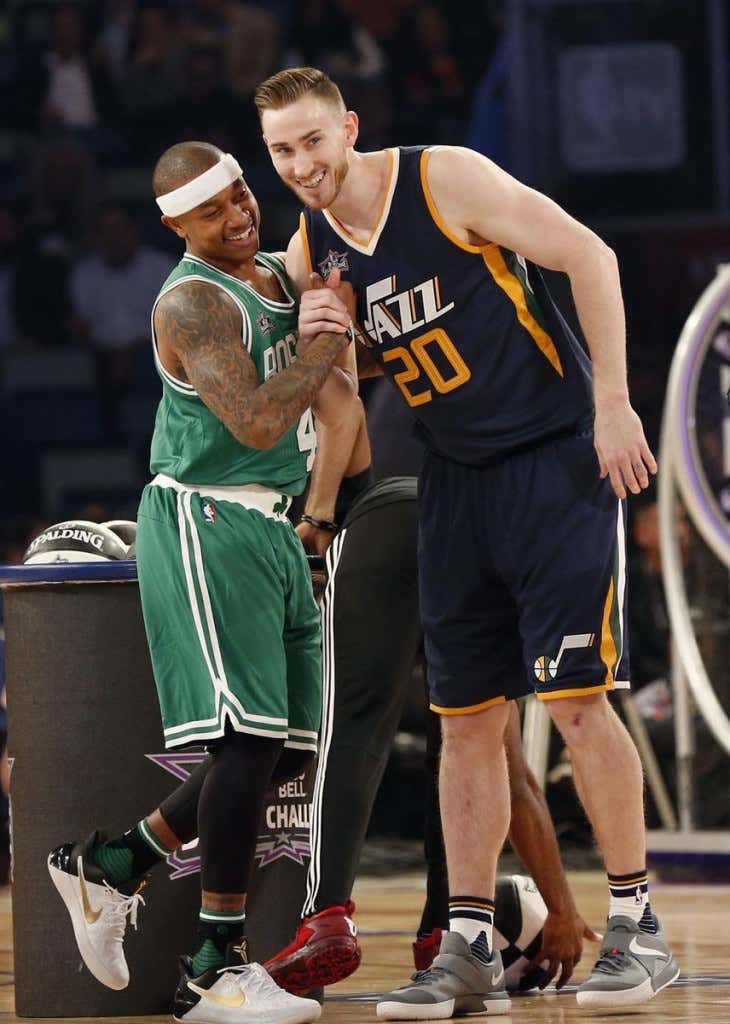 So you’re damn right I was keeping a close eye on Kyrie this whole weekend to see who that target may have been. I was assuming once we heard AD change his tune about his list that Kyrie was working his magic, but it then became clear who the target really was 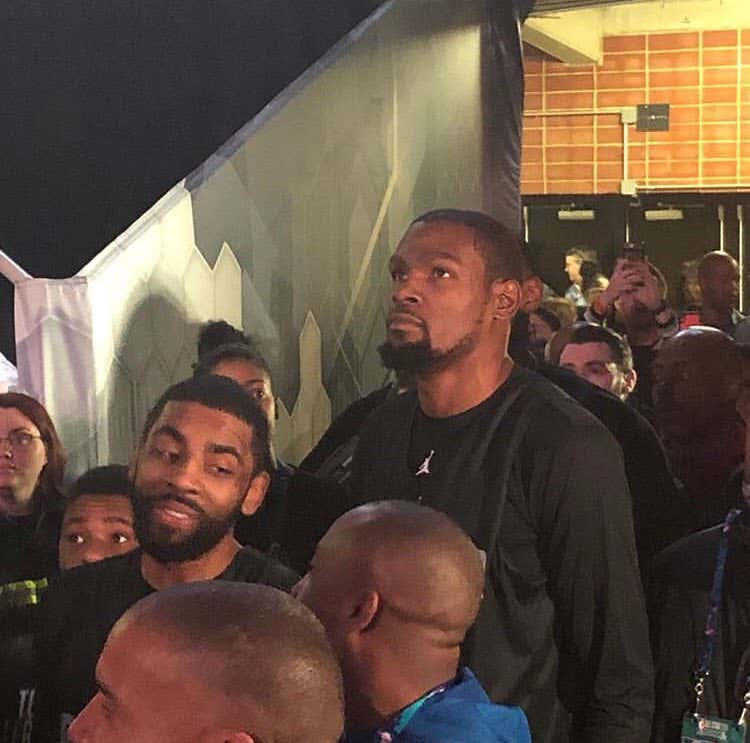 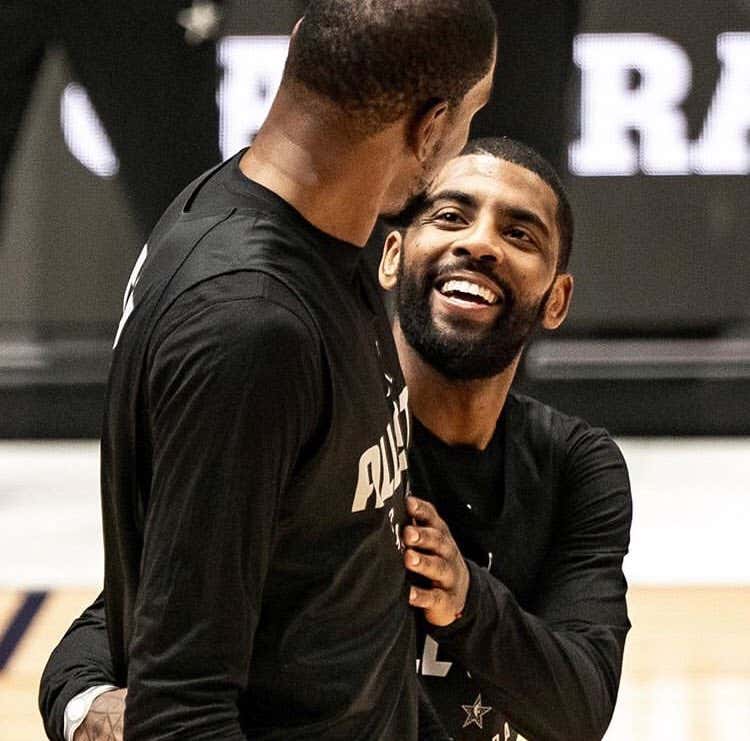 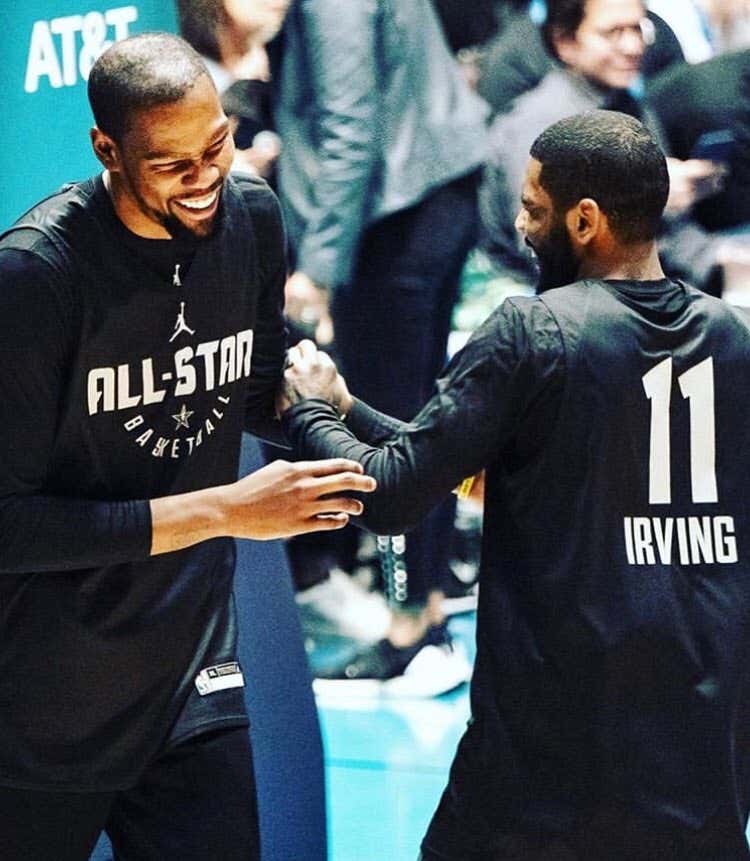 Danny you sneaky bastard you! It makes total sense too. What do we know about Danny Ainge, that just when you think you know his plan, he’s already knee deep in something your brain wasn’t even thinking about. Who could have possibly thought Durant would be an option? Well, other than @dangercart of course. In fact, he’s the only person I’ve really seen float this theory around, and it has some merit. Your next question might be how the hell would this work? Well, as he explains there is a path. You see if Kevin Durant is truly leaving GS, he could very well go the Chris Paul route and have himself traded to a particular team so that GS doesn’t lose him for nothing. For the Celtics, that option may be someone like Gordon Hayward. Remember, their cap situation is screwed for the foreseeable future, so it’s not as if the Warriors can just come out and replace Durant with someone as good. Hayward may very well get back to his old self, and wouldn’t be that bad of a replacement in that system. You throw in a draft pick or two to sweeten the deal and now you’re cooking.

Think about it, if you’re GS, would you rather lose Durant for nothing, or get some actual good pieces in return that could absolutely play with the current guys on your roster? That’s intriguing. Where things get even crazier is it most likely wouldn’t force Ainge to tap into any of his important Anthony Davis resources. Am I suggesting a Kyrie/AD/KD situation? It sounds a little crazy but Ainge THINKS crazy. Remember, Durant nearly picked the Celtics a few summers ago and gushes about them whenever he’s asked. Hell if the Warriors had not been an option he’s probably a Celtic right now. Ainge is on record saying he would have taken Durant back in 2007, he’s wanted him ever since it’s pretty clear. How many times has he publicly declared his love for the Knicks? Exactly.

The Celts still have to travel up to Oakland to play the Warriors later this season, and after already showing they could hang with them earlier in the year, if I’m Durant and I’m looking for my next spot where a team is ready to start winning titles immediately, someone explain to me how Boston isn’t an attractive option. Kyrie tells Danny that Durant and him want to play together so Danny goes out and finds a way to make it happen. He gets the confirmation this weekend during the break, and that is the first domino in his overall plan. It makes so much sense I’m surprised we didn’t see this coming the whole time.

It’s a pipedream sure, but so was this whole rebuild in the first place. It was a pipedream that a star big name free agent actually wanted to come here in the first place, something that hadn’t happened literally in my entire life, and now it seems to be happening every summer. Why should Durant be any different? Exactly.