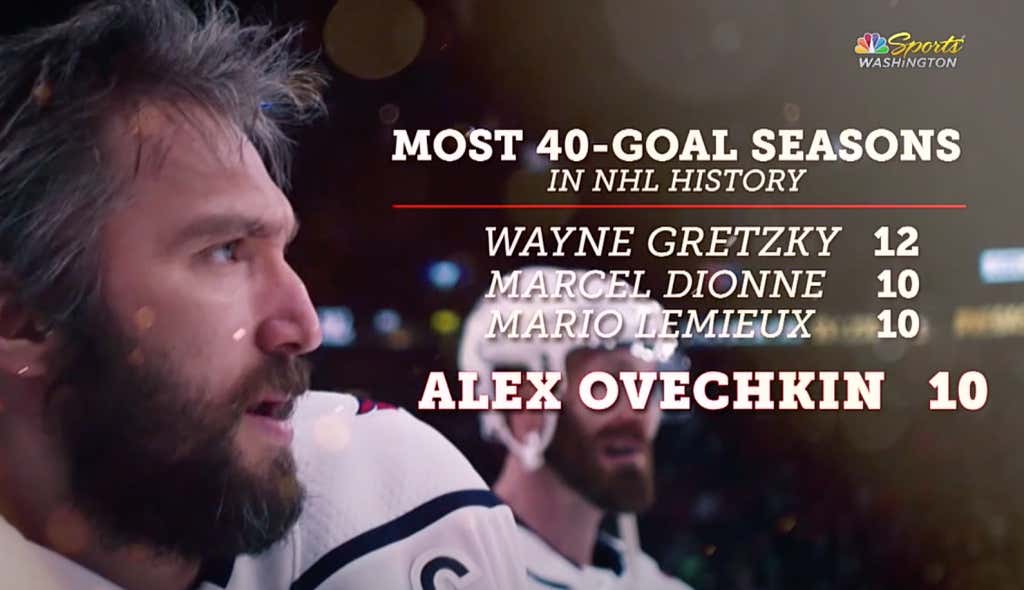 Pretty good company to keep. Crazy. Ovi just notched his 40th of the season, 2 weeks before he did last year when he finished with 49 on the season. With one more 40 goal season he sits alone in 2nd all time. And they should definitely count the 2012-13 lock-out shortened season when he notched 32 dogs in only 48 games.

If he hits 50 this season that will give him 8 where he’s hit the half-century mark, 1 behind Bossy and Gretzky for most all time. The 49 last season stings a little extra in that aspect (though I’m sure lifting the Cup more than made up for that).

His assist numbers from the 80’s are laugh out loud funny though, what a freaking monster.

This is what happens, you start doing a blog about Ovi, it involves Gretzky, and then you start going down a wormhole of his outrageous stats, which makes what Ovi is doing with goal scoring all that more impressive.

One thing is for sure, Ovi’s chase to get 895 is going to be awesome to watch.