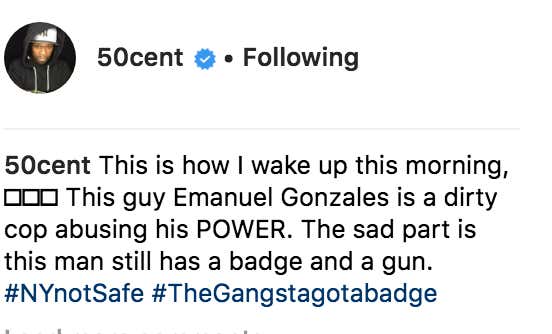 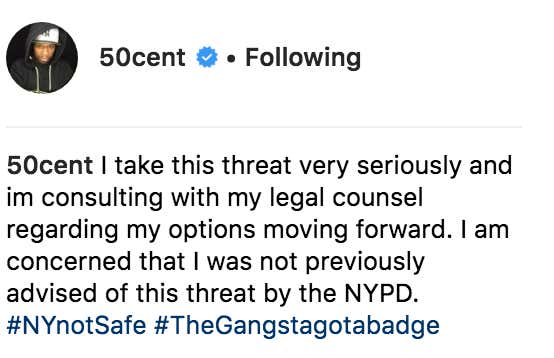 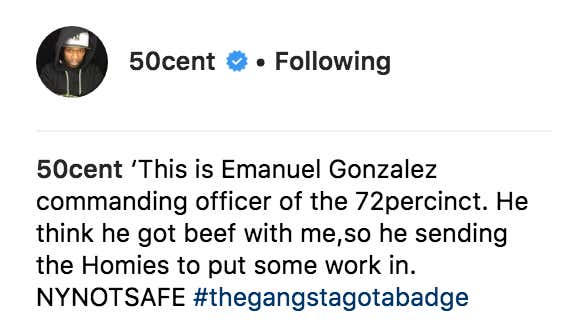 NYDN- A Brooklyn precinct commander is being investigated by the NYPD for allegedly threatening the celebrity’s life — telling his officers at a roll call to “shoot him on sight,” the Daily News has learned. Deputy Inspector Emanuel Gonzalez, the commanding officer of the 72nd Precinct in Sunset Park, allegedly made the threat last June 7, when the actor and “In Da Club” rapper was expected to attend an NYPD sanctioned boxing match in the Bronx. During a roll call inside the 72nd Precinct stationhouse, Gonzalez told his officers if they saw 50 Cent at the boxing match, known as a smoker, they should “shoot him on sight,” a source with knowledge of the case said. “The inspector just said that at roll call,” the source said. “I’m like WTF.”

SOMEBODY IS TRYING TO ASSASSINATE MY PRESIDENT

Or more like get the legal counsel. Sounds like that’s the route 50 Cent is going after an NYPD commander allegedly told his pals to shoot Fiddy “on sight” which seems super illegal. I don’t know much but I do know police commanders shouldn’t be telling their fellow officers to kill civilians. Who do you call when it’s the cops who want you dead? That’s quite a predicament.

Look at this guy 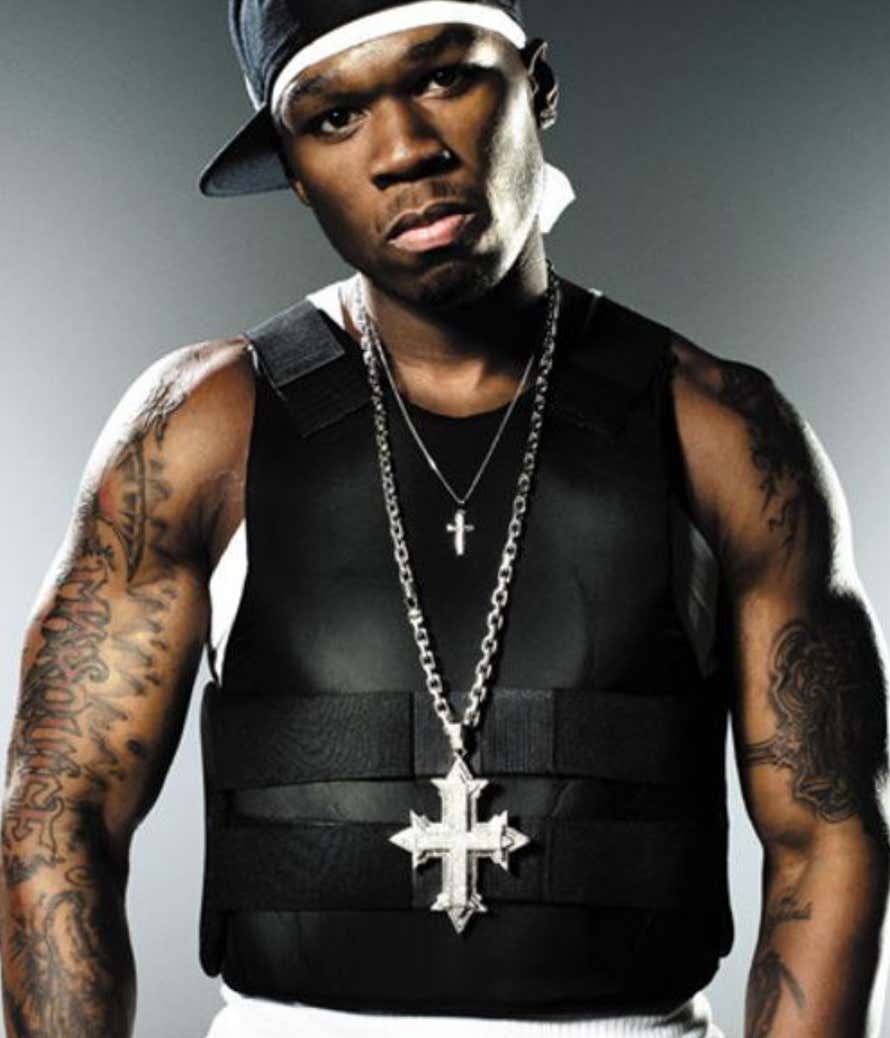 That dude is a legend who gave legendary performances

But I realize 50 Cent is at a different point in his life now and it’s easier to call the lawyers instead of going into war mode. Especially against the NYPD. Not to mention he’s already been shot a bunch of times and probably doesn’t wanna go through that again.

Either way, I’d appreciate it if nobody killed 50 cent. I’m a huge fan.