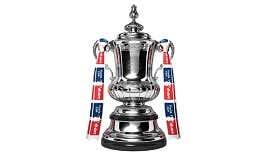 This weekend represents a bit of a lull in the action – a calm in the middle of the storm, if you will – for some teams as the weekend is reserved for FA Cup 5th round action, meaning that those clubs who experienced the embarrassment of crashing out of the competition early at least given some extra days to rest and recuperate. So they’ve got that going for them. Which is nice.

But even with it being an off weekend of sorts for a lot of clubs, there is still plenty of interesting games to keep your brains entertained and bets to be made to keep your wallets full. So without further ado let’s take a quick gander at what’s on deck…

As for this weekend’s schedule, this is what we are working with: 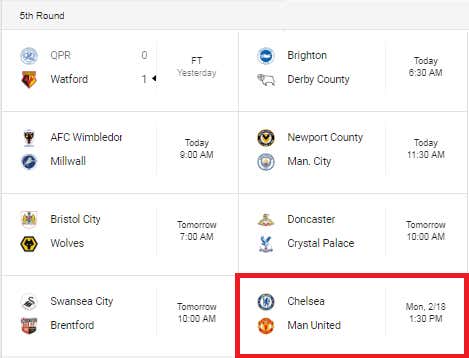 (Programming note: games can all be found on espn+)

My, my, my how quickly the turntables sometimes.

Just a few days ago United were god’s gift to soccer on a one-way ticket to top four with one foot in the Champions League quarterfinal and – who knows? – maybe a couple trophies this season. Alas, winter came and winter came HARD with a loss at home to a weakened PSG side that also saw the club lose Anthony Martial and Jesse Lingard to injuries.

Just a few months ago Chelsea were fighting with Liverpool and City on top of the table and, according to all the talking heads, a legitimate title contender thanks to the genius of Sarri Ball. Alas, not so much anymore as the club has lost two of its last three league games to Bournemouth and City by a combined score of 10-0 and there is (a lot of) talk that the manager may not survive his first season.

That makes Monday’s game extremely important. The result has no direct bearing on who will finish top four this season, and yet in a way this could be a serious harbinger of which of the two clubs is most likely to snag that coveted last Champions League slot. (I say that because Arsenal, god bless them, have no shot at climbing that high and Spurs, gosh dang them, may have all but locked up third thanks to a handful of extremely tight wins in recent weeks.)

As for Chelsea and United, both clubs are – per usual it seems – again on the verge of panic mode… yet a win and a fortunate draw for the next round against one of several (relative) minnows left in the competition could see one of the two through to the FA Cup semifinals with a straight shot at winning a real trophy this season – and nothing cools the seat under a manager’s ass quicker than some silverware.

On the other hand, the loser of Monday’s game will be staring at a season with zero trophies and an absolute dogfight on their hands to get back to the Champions League, plus the added emotional baggage of knowing that they just lost to the team that represents their biggest competition for top four. Suffice to say, one of these clubs will not be in a good head space on Tuesday morning.

So who’s it gonna be? I’ll be honest, there are some games I could see going either way and I try to convey that message when making a pick. This is not one of those games. I think one team is going to absolutely dominate… and it ain’t Ole Gunnar’s banged up United. The Blues got run off the field by City but Pep’s People have the potential to do that against just about anybody when they are clicking. Chelsea’s big problem – aside from Sarri’s inflexibility and refusal to play N’Golo Kante a little further back where he can quietly dominate games – is that they are mental midgets who quit at the first sign of adversity. Thus an early goal for United could make this prediction look just plain stupid… but that’s a risk I’m willing to take. Chelsea to win 2-0 in a game that is not as close as the final score would suggest.

Additional picks (so I eventually get one right maybe – and when I say I am shooting from the hip on these I legitimately mean it since I’m just going to be honest with, you my dearly beloveds, I have not seen a lot of Doncaster or Brentford or Bristol City games this season):

• BRIGHTON vs DÆRBY – The Seagulls (-115) have been floundering lately while Lampard’s Rams (+345) are killing it so the odds are just too tasty to pass up. Dærby to win 2-1. 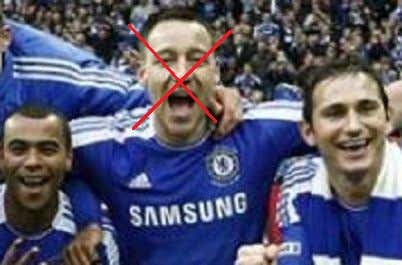 • NEWPORT COUNTY vs CITY – Credit to the League Two side for making it this far but sometimes Cinderella gets drunk and goes home before midnight. This one ain’t gonna be competitive. City to win 3-0.

• BRISTOL CITY vs WOLVES – This should be a very competitive game as there is a little bad blood from their games against one another in the Championship last season. Wolves have spent heavily and are a much different/better team this time around… but you never know what’s gonna happen when traveling to a good Championship team like Bristol City – especially one as solid defensively as they are. I’ll say 1-1 draw.

• DONCASTER vs EVERTON – Wilfy Zaha will again be out but as I have said a couple times that is not quite the death sentence for Palace that it once was. Doncaster have been pretty good lately, especially at home, but I’ll say Palace to win 2-0.

• SWANSEA vs BRENTFORD – Big Cat gave me some inside information on this one. Suffice to say, pray for Brentford. Swans to win 2-1. 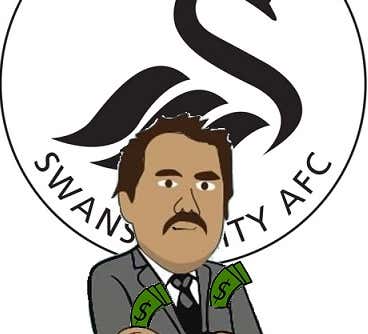 GERMANY – Don’t look now but we have a nice little Bundesliga title race brewing this season as Bayern, despite falling behind early, ended up winning at Augsburg on Friday leaving ze traditional big swinging dick just two points behind Dortmund who themselves were given a few extra days to lick their wounds after getting spanked at Tottenham in Champions League on Wednesday. BVBabyjesus look to bounce back on Monday against Nurnberg (1:30pm CT on FS1) though if you are looking for something to hold your interest over the weekend you could certainly do worse than an important battle for top four between 5th place Eintracht and 3rd place Borussia Monchenpenisgladbach on Sunday (8:30am CT on FS2).

SPAIN – No high profile matchups in La Liga this weekend but with Real Madrid and Atletico within six points of Barcelona it will be interesting to see whether a real title race materializes…. or if the Catalans run away with it like everybody suspects they will. As far as the best game of the weekend, though, I’d say it is a sneaky little soccer nerd fixture on Sunday between 7th place Real Betis and [little ass] 6th place Alaves (1:45pm CT), the latter (along with Getafe) being just two points off of 4th place Sevilla.

ITALY – Unfortunately no matter how hard we tried to wish a title race it into existence in Italy this season, Juventus is having none of it. They have been snapping necks left and right domestically all season and currently sit 14 points ahead of 2nd place Napoli, which itself has opened a nine point gap on 3rd place Inter. After that though things get at least a little interesting as the battle for top four should be hotly contested, with 4th place Milan (39 points) just one ahead of Atalanta, Roma and Lazio at the moment. It is no surprise then that the biggest game of the weekend will see Atalanta visiting Milan on Saturday (1:30pm CT on espn+).

So there we have it. A glorified reminder that there is indeed some worthwhile soccer on television for you to watch over the next few days wrapped up in the veneer of a weekend preview. As if you needed any reminding what is coming up again next week, here’s a little hint: