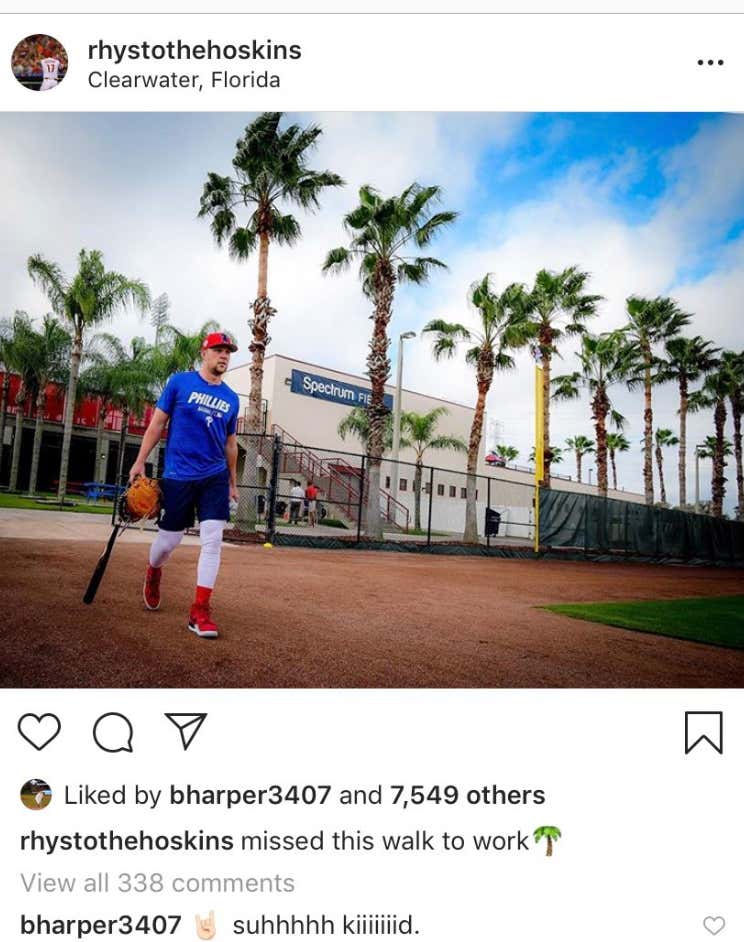 There it is. That’s it. That’s all the proof I need that Bryce will accept Philly’s offer and sign there. He’s kept to himself this entire process, hasn’t hinted at anything, and now out of nowhere he comments on Rhys Hoskins’ walk to work? Very suspicious if you ask me.

But dead honest, I think everyone would be shocked if he didn’t end up in Philly at this point. I think it’s clear the Nats put out their best offer, were rejected, and then planned to move on without him. I love watching Bryce play and hit 500 foot home runs, but as this free agent process has shown, he’s always been a mercenary. Just a paid robot on the baseball field, waiting for the next big contract.

If he’s in fact going to Philly the Nats will be fine without him. The outfield of Soto, Robles, and Eaton with MAT as the 4th is pretty sick. I don’t think Bryce is overrated by any means, he’s coming into his prime as a ballplayer and is the most marketable player in the league. That alone is worth millions upon millions of dollars.

I guess we will see if this means something or if, you know, it means nothing, Bryce is just bored and trying to move the needle a bit and felt like trolling. That’s also a possibility.