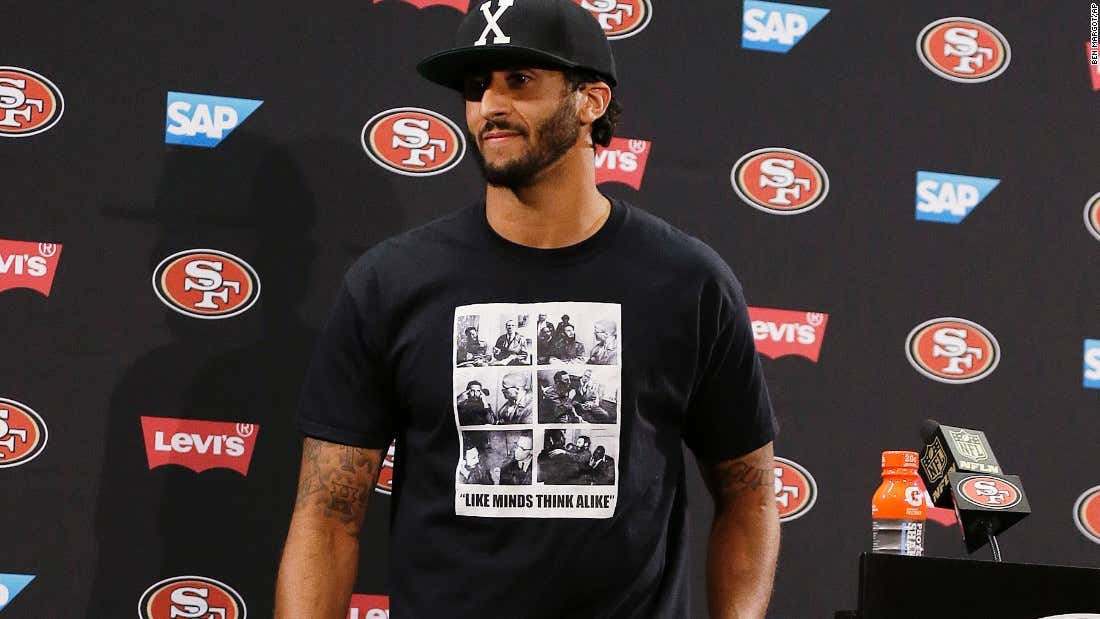 Even though he hasn’t played in the NFL since 2016, Colin Kaepernick is one of the most popular football players on planet earth. So much so that upstart Alliance of American Football reached out to him to see if he had any interest to come play for them:

There are about 50 players on each AAF team. Each team is giving out approximately 4.2 million a year. Collin Kaepernick’s demand? 4.75 times that. So, it would be easy to call Kaepernick selfish for his request, but now it’s time to ask the question: is he worth that? The AAF doesn’t have that kind of money, so they wouldn’t be able to pay him, but it’s probably a fair request from Kaepernick. I am no Rovell so I don’t know Kaepernick’s market value, but his name alone must be worth millions for a new league.

Kaepernick’s football career is most likely over. If he was serious about returning to the NFL and would do anything possible to achieve that, he’d take the offer from the AAF. Although, why would Kaepernick do that? He obviously has other passions and is much bigger than just a football player at this point.

Maybe Vince McMahon will make a splash and pay Kaepernick this money when the XFL starts in 2020, but the AAF will not be paying Kaepernick anytime soon. This is a league that fines players for losing footballs:

SOURCE-“Throwing the football in the stands is a 15 yard [unsportsmanlike conduct] foul. … The balls will be equipped with tracking device chips – that means no souvenirs.

“While this is technically not an example of ‘throwing the football in the stands’ intentionally, the overriding clause of the rule is “no souvenirs”, which disallows any act that causes the football ends up in the stands, obviously excepting actual gameplay. This was a late add to the playing rules, and it is due to the balls being embedded with RFID tracking chips, allowing fans to “discover the speed, spin rate and trajectory” of the football. In this case, it seems the rule is in place for budgetary reasons.”