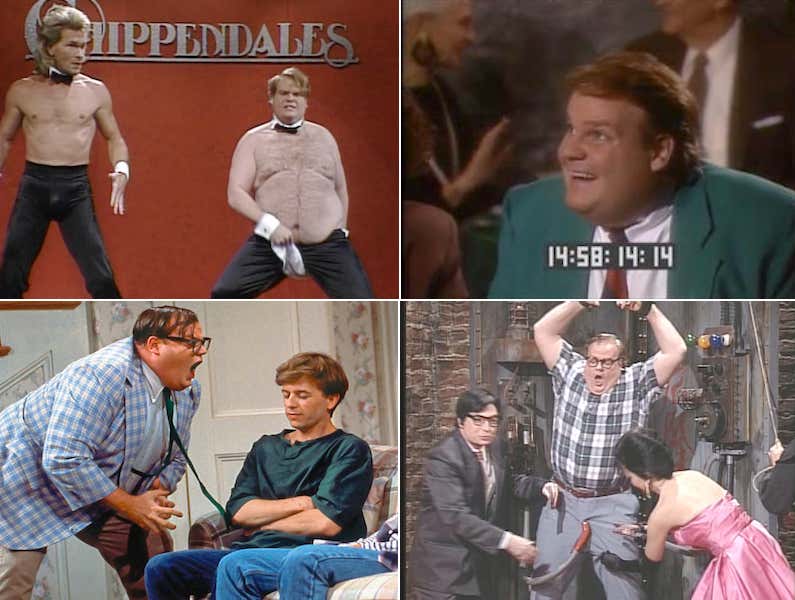 Pick which sketch you would eliminate

Chris Farley would have turned 55 today, so it seemed like the right time to whip up an Eliminator for him. His death was the first ever celebrity death that completely blindsided and crushed me. It’s mindblowing that he’s been dead for more than 21 years now.

But that’s not what this blog is about. It’s about celebrating one of the greatest to ever do it in front of a live studio audience at 30 Rock by watching some of his best work and voting in an effort to squeeze out the last few minutes of this work week while also potentially introducing some of the #GoPresGo crew to some classics they have never seen before. Below are four of my favorites even though I could have easily chosen four completely different sketches that would’ve been just as good. Just looking at the four pictures above cracks me the fuck up. RIP to a true legend of the comedy game.

Pick whichever sketch you would eliminate.