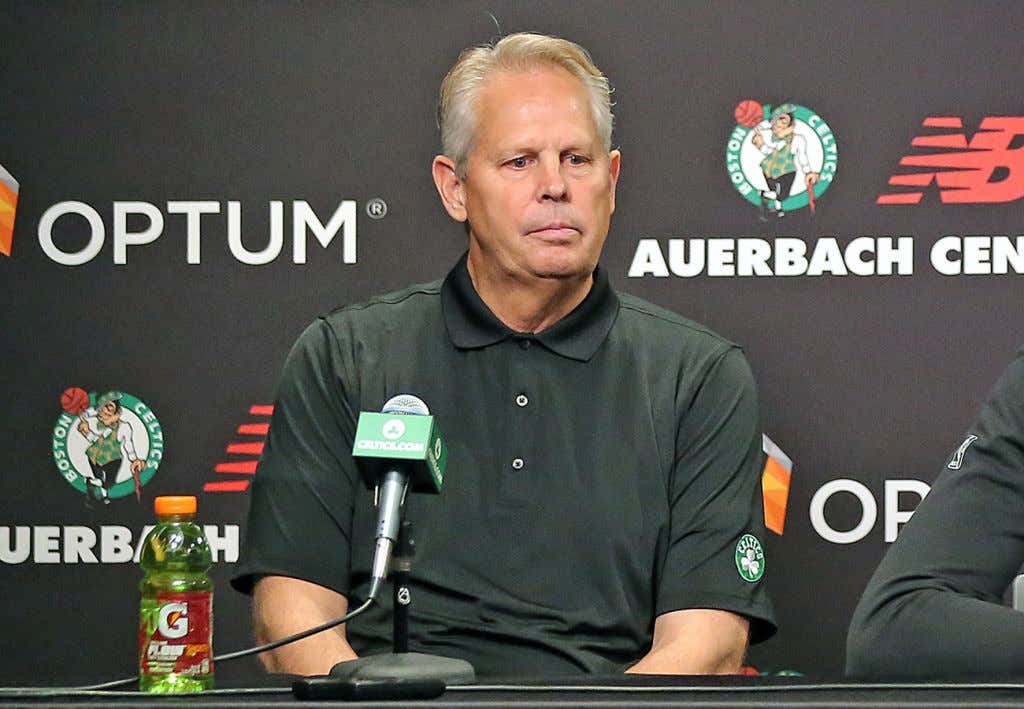 After mostly standing pat at the trade deadline for obvious reasons, the Celtics were able to open up a roster spot by unloading Jabari Bird to the Hawks. This made sense, partly because Bird hasn’t played all season, and also because while Ainge hasn’t been all that busy in terms of actual trades during this time of year, he has been very active in the buyout market. You may remember last year they brought in Greg Monroe a few days before the All Star break last season, and I think all of us have seen what was a pretty legit buyout class this year and expected at least one of those guys to find their way to Boston. So far, that hasn’t been the case

As you can see, there are a few teams that the Celts are in a race with that have brought in legit talent, and we sit here now at the break and the Celtics still have that open roster spot. We’ve seen guys who do fit a need on this team go elsewhere, so now the question becomes of the guys left, who on earth makes sense for this team? In my opinion this team needs either big man depth or shooting, and the problem is some of the best guys out there are not all that interested in a reserve roll. For example, Robin Lopez you could argue is one of the best big men left, but he’s been pretty vocal that he prefers to go to GS, and if they are interested I can’t see him choosing Boston over that situation. As far as I’m concerned I’m ready to cross him off my list. With him gone, here are some of the names that are left

That’s not exactly the best list given where this process started. Ben McLemore intrigues me, he did shoot 41% from three in 19 games this season and I feel like he’s been in the league forever and does have decent size on the wing. He does fit in terms of position and skill and is just 25 so maybe he’s a good low risk high reward candidate. Remember we’re just looking for additional depth here and I’d take him over Abrines for sure. I would love for them to bring in Gortat, especially with Baynes’ injury issues, and part of me thinks that’s high on their list as well. He was playing just 16 minutes a night for the Clippers this season, and perhaps this would allow them to be more patient with Baynes as he works his way back. Remember when Monroe last year they were able to get him around 19 minutes a night even with most of the same frontcourt players on the roster we see today. I feel like they could get Gortat around that number.

Then obviously there’s a reunion with Monroe that could be a possibility. Of all the candidates at least he’s somewhat familiar with the system having played in it last year, he knows what his role would be and what that would look like, plus he can also give you all of TOR’s secrets. It would not shock me one bit if Ainge brought him back after he played pretty well (10/6/3) over 26 games last season.

The point is, the Celtics have to do something and they are running out of options. If Gortat/Monroe both come off the board in the next few days I’m not really sure where Ainge goes, but there’s no chance he opened up a roster spot for no reason. I’m just curious what’s taking so long since all these other buyout guys are finding teams, so I’m going to have to ask Ainge to finally join the party. There are needs that can be filled, and while buyout guys never really make or break a team, there are options out there that can help give your normal rotation players rest which WILL impact this team moving forward to when the games really count.

I just hope they haven’t waited too long.