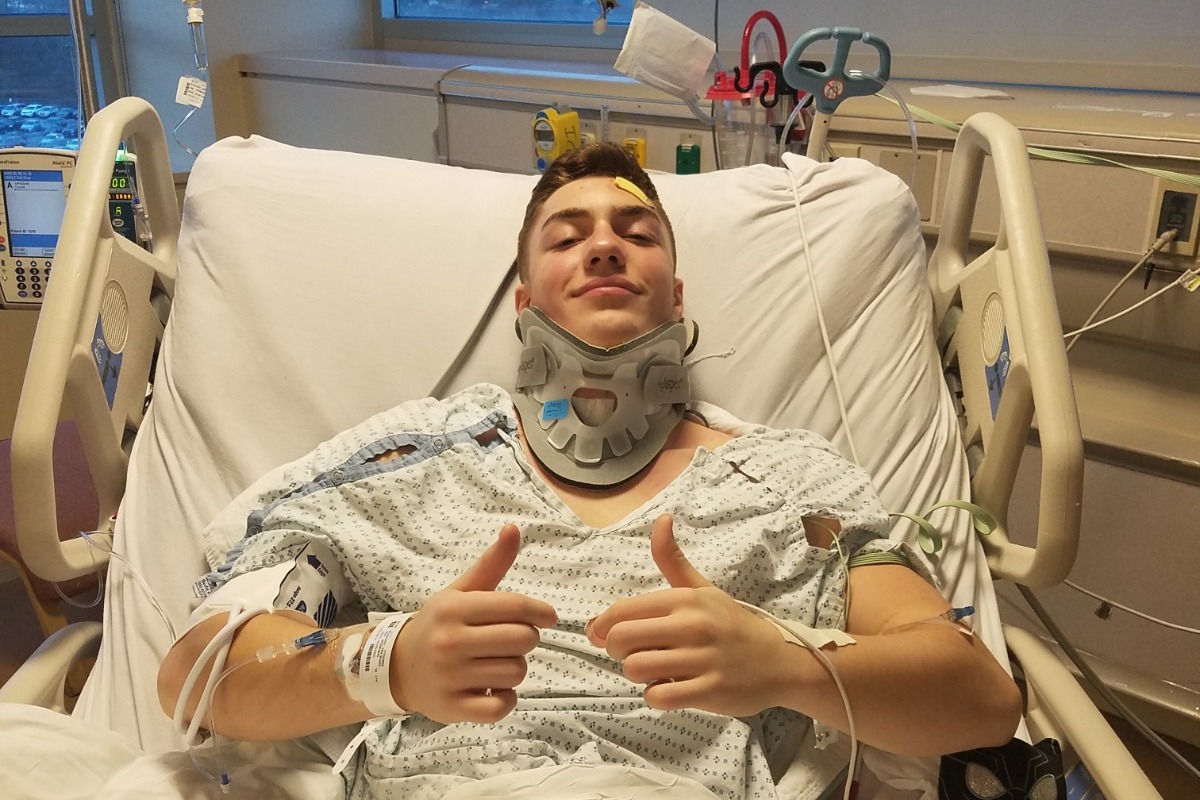 Your teenage years can be a very weird time. Angst, misplaced anger, heading down the wrong path etc. Especially nowadays when the majority of 14-18 year old kids bury their heads in their phone instead of going out and having any fun. Or the ones who do go have the fun your supposed to have in high school, are dumb enough to post it on social media  and end up getting caught by their parents.

This angst, misplaced anger, and overall mindset of screw everyone usually leads to high school kids being really moody, complaining, pains in the ass. They worry about themselves, look to tear down their peers, and when challenged to do anything difficult usually just shut down, give up, or say screw it. I’d say that encapsulates most of the country’s current High School population.

So when I learned about what the senior class of St.Peter’s HS on Staten Island recently did for a classmate, I was extremely encouraged to see a story that varied from the normal story line of HS kids being jerks to one another.

For those out of the loop, Mike Wright is a senior two sport athlete with some drama club experience who for all intents and purposes seems like a very likable guy. He’s got a 97 average , and is involved in tons of student activities.Described by his HS Principal Mike Cosentino, “Michael Wright is one of the (nicest) kids at St. Peter’s,” In terms of personality, he epitomizes what we expect of our students. In addition to his activities in the school, he’s also heavily involved in community service, which is a big part of our school, and he’s just a great person to be around every day.”

Unfortunately, he was injured in one of those activities – a student polar plunge raising money for the Special Olympics. In a freak injury, Mike broke two vertebrae when he hit his head on the ocean floor.  He went through a surgery, and recovered well. This past Monday he returned to school, and a video surfaced of him being welcomed back by his classmates.

Sometimes it’s good to be reminded how lucky we are to have our health, how grateful we should be for it, and that no matter how grim your day may be, someone else usually needs a helping hand more than you do.

Thanks to the St.Peter’s Eagles Class of 19, and Mike Wright for reminding us the importance of friendship, how helpful words of encouragement can be, and of course… that somethings are bigger than sports.

PS- Peter’s plays Curtis in the Island Hoops Final tomorrow night. If you don’t think the Eagles will be inspired as a school community you have no pulse. Eagles by a million .