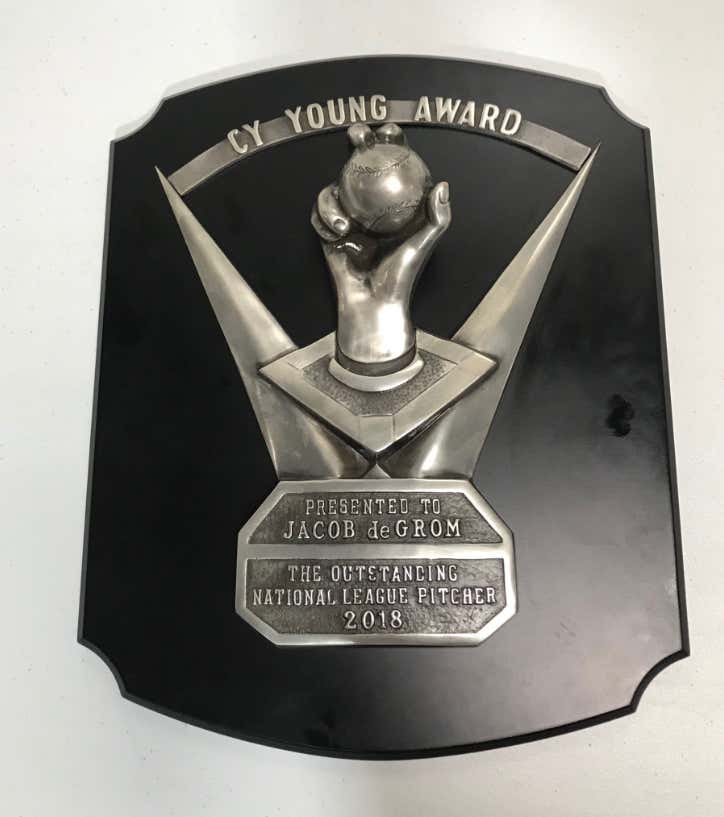 God DAMMIT!!! I swear, only the Mets could turn one of the most dominating pitching seasons we have ever seen and have it end with a story about the award honoring that legendary season heading to the DL list. For once, I wish I could just root for a team that doesn’t constantly embarrass me through good times and bad. We should have known something like this would happen after the entire franchise got boom, roasted as deGrom was announced as the winner.

I’m not even asking for the Mets to be a banner franchise you can be proud of. No no no, I’m realistic. I just want them to be an ordinary franchise you almost forget exists instead of stories about awards breaking, the mascot flipping off fans, and the fucking stadium catching on fire. Even that World Series run in 2015 included a failed trade that had even the oldest dinosaur baseball writers talking about how they had never seen anything like that before.

I would blame the Wilpons because they probably shipped this trophy by wrapping it in an old paper bag, passing on bubble wrap, and using the Budget Saver shipping option so they could save a few of those David Wright insurance dollars. But there is no reason this story had to ever see the light of day. So a special shout out to the Mets PR team for being the best in the biz and making sure that the Mets will remain a laughingstock even though Jay Horwitz just retired. I bet deGrom is lowkey happy the Mets will never pay him the number he deserves because he will get to play for a franchise that isn’t owned by cheap fucks and famous for shooting itself in the foot. Get paid Jake and please remember us when you are making an ungodly amount of money because the Wilpons weren’t smart enough to lock you up years ago.