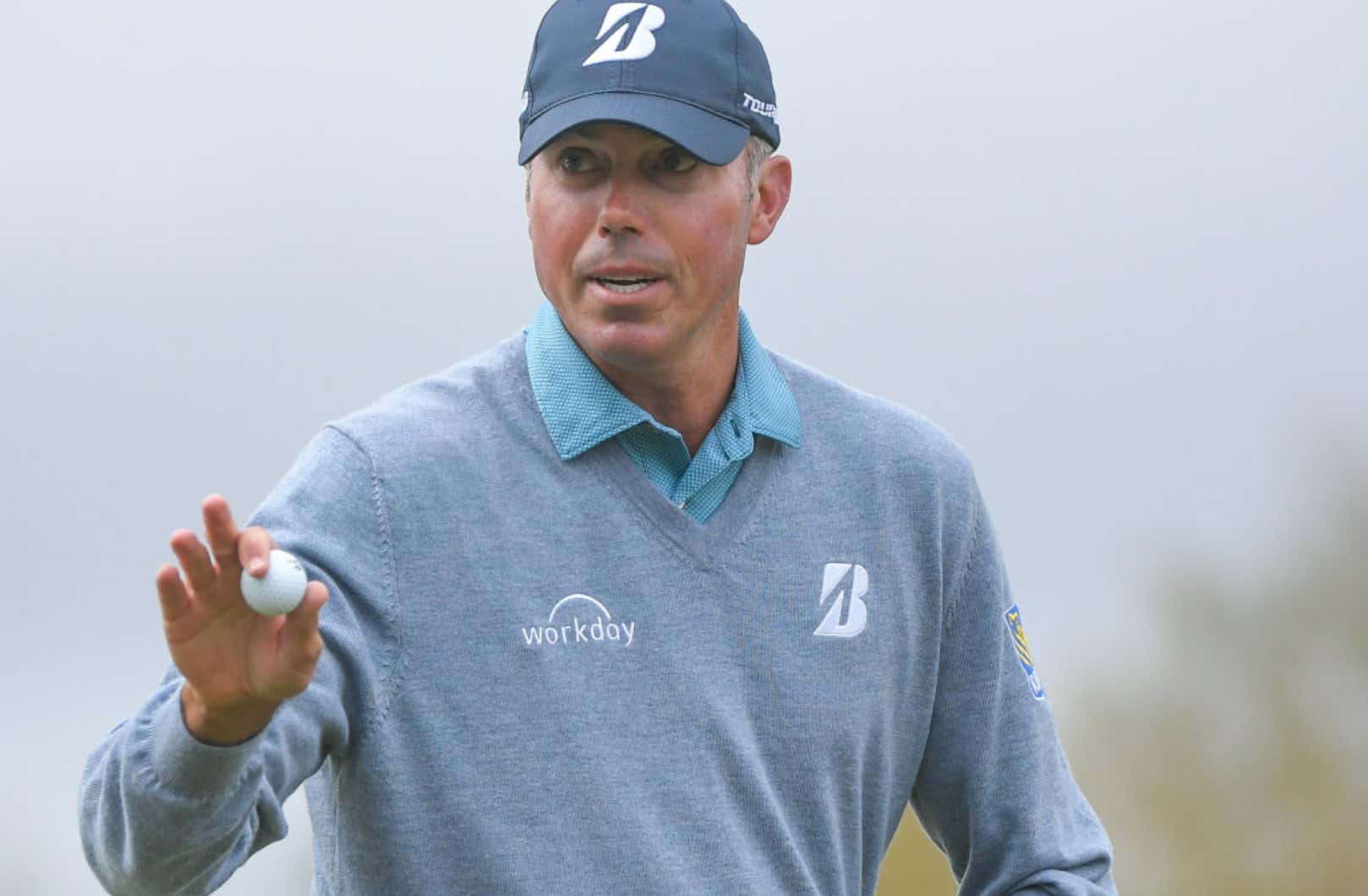 CBS Sports- The Matt Kuchar-David “El Tucan” Ortiz story continues to duel Sergio Garcia’s actions in Saudi Arabia for the lead golf story of the year, and neither is going anywhere. Following Ortiz’s comments earlier this week about how he felt taken advantage of by Kuchar after receiving a $5,000 tip on Kuchar’s $1.3 million in winnings from last fall’s Mayakoba Golf Classic, Kuchar responded. “I kind of think someone got in his ear,” Kuchar told Golf.com on Wednesday. “I was very clear and very upfront on Tuesday [of the tournament week]. And he said, ‘OK.’ He had the ability, with bonuses, to make up to $4,000.”

Ortiz and Kuchar had apparently set up a sliding payment scale based on where Kuchar finished for the week. On the PGA Tour, it’s normal to pay 5 percent for a made cut, 7 percent for a top 10 and 10 percent for a win to your regular caddie. Ortiz, however, is not a regular caddie and was working as a fill in for Kuchar for the week in Mexico. Here’s Michael Bamberger of Golf.com with more details.” For a guy who makes $200 a day, a $5,000 week is a really big week,” he added later on.

Let’s start at the beginning. Last year Matt Kuchar was without his regular caddie so he hired a fill-in caddy for the last year’s Mayakoba Golf Classic. That fill-in was David “El Tucan” Ortiz who is now heavily involved in a public feud with Kuchar because Kuchar ended up winning the Mayakoba Golf Classic (along with $1.3 million) and the rumor was that Kuchar only gave El Tucan $3,000.

Now, the going rate for a professional caddie is 10% of the winnings. So Kuchar’s regular caddie would’ve been given somewhere around $130,000 that week. Obviously El Tucan wouldn’t be looking for that amount because he was brought on the week of the tournament but the (at the time) rumored $3,000 was wayyyyyyyyyyyyyyy too low for a guy who had just cashed a 1.3 million dollar check.

It seemed like the story was gonna die there. Kuchar only giving El Tucan $3,000 was nothing more than rumors and hearsay that no one could confirm or deny except the parties directly involved and Kuchar obviously wasn’t going to say anything. So it would take El Tucan coming forward for us to get the truth but that didn’t seem likely because it would be a bad look for him to be like, “I got screwed.”

But then guess what happened? EL TUCAN CAME FORWARD. EL Tucan came forward and said that Kuchar didn’t give him $3,000, he actually gave him $5,000. Still way way way way less than people think he should’ve been given.

Ortiz’s comments earlier this week about how he felt taken advantage of by Kuchar after receiving a $5,000 tip on Kuchar’s $1.3 million in winnings from last fall’s Mayakoba Golf Classic

The caddie said he was offered an additional $15,000, for a total of $20,000, but that he found that unacceptable. He also said he would not want to work for Kuchar at next year’s tournament.

“It’s done. Listen, I feel like I was fair and good,” Kuchar said via GolfChannel.com. “You can’t make everybody happy. You’re not going to buy people’s ability to be OK with you, and this seems to be a social media issue more than anything. I think it shouldn’t be, knowing that there was a complete, agreed-upon deal that not only did I meet but exceeded.

“So I certainly don’t lose sleep over this. This is something that I’m quite happy with, and I was really happy for him to have a great week and make a good sum of money. Making $5,000 is a great week.”

Bro what????????? That’s your response to this? “I’m not gonna lose sleep over this”???????? Even if that’s the case, you don’t say it. People were already thinking Kuchar is an asshole now but then to say that is just bad PR. I’m not a public relations expert but I know I wouldn’t have my client get in front of the media and say THAT. It’s not a “social media issue”. The issue is you’re an asshole apparently.

The bottom line is this, Matt Kuchar looks like a GIANT asshole in this scenario and it’s only seems to be getting worse. Especially for a guy whose perception before this was being the awkward and corny dad on Tour who wore Skechers. That’s no longer his reputation. Every time Matt Kuchar’s name gets brought up in any context now someone is going to say, “Oh yeah he’s the cheapskate who paid his caddie peanuts after winning a million dollars.” That’s just the way it is.

Every move Kuchar has made from the beginning has been wrong and dumb. So so so dumb. All he had to do after winning that tournament was give El Tucan anywhere from $30,000-$50,000 and this isn’t a story. None of this happens and no one calls him an asshole. Why in the world did he only give the guy $5,000? Kuchar is RICH. $50,000 means nothing to him. Makes no sense whatsoever.

My advice for Matt Kuchar would be to stop talking all together* because he only makes it worse every time he opens his mouth.

*unless he wants to come on Fore Play