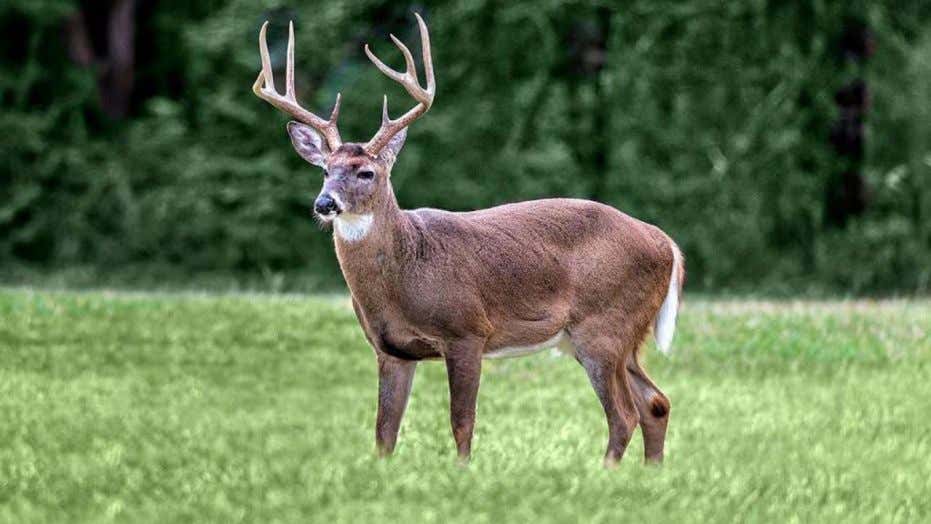 (Source)- Researchers say a deadly zombie deer disease has infected the deer population in possibly 24 states and two provinces in Canada and it has the potential to affect humans. Experts from the University of Minnesota say chronic wasting disease or CWD is a, quote, “fatal, neurological illness” that has inflicted several different types of deer.

They believe the consumption of contaminated meat or drinking water could lead to humans getting the disease. Which comes with symptoms like drooling, stumbling and lack of coordination as well as a lack of fear of people, aggression and listlessness.

Will someone grind up a shit ton of zombie venison and secretly place it in every cafeteria and fast food joint serving burgers across the country? Usually I would be against mankind’s reign ending due to a horrifying outbreak straight out of the Walking Dead because I am #TeamHuman for life. But I have been wishing for a zombie apocalypse to take over the world ever since the internet went through that annoying phase where every other person was posting stupid shit about zombies, zombie escape plans, and what to do if a zombie breakout actually occurred.

Sure, wishing for what would essentially be humanity’s doomsday because of an annoying internet fad seems extreme. But everywhere you looked for like a full year was stupid zombie shit. And lets be honest, we know humanity is about to wipe itself off the map anyway. It doesn’t matter if its downfall comes because Patient Zero ate meat from an undead Bambi, robots finally rebelling, or because Trumpy Bear and Vlady Putin start shooting nukes off at each other. All things considered, I would imagine a zombie apocalypse would be a lot more fun than 90% of the other ways humanity kills itself. We would still have electricity, internet, and anybody with a brain should be able to avoid zombies that move slower than my fat ass for a pretty long time. Plus the dance numbers would be electric.