I know some Broncos fans are still trying to figure out how they feel about their team paying $20+ million a year to employ the Joe Flacco Pass And Pray For PI offense in the thinnest air in the NATIONAL FOOTBALL LEAGUE. But regardless of how you feel about the trade or the Uncle Rico offense of seeing if Flacco can throw it over those mountains, you have to be happy for this guy. Dude couldn’t wait to bury the Case Keenum Era alongside the Paxton Lynch Era, Trevor Siemian Era, and Brock Osweiler Era so much so that he went directly to the official team store and bought a personalized authentic Flacco jersey for God knows how much money instead of waiting to get it from one of those China jersey sites for at least $300 cheaper. I don’t think PFT even had a chance to create a Flacco jersey online and this fan is already strutting around his office like King Dingaling because his team finally has a elite QB in the same ilk as Elway and Manning. If you can’t be happy for someone that has that sort of sports happiness coursing through their veins after a big trade, you don’t have a soul.

For the record, I take back anything nice I said about this guy if he just cleverly put what appears to be the name Flacco over an old Matt Prater jersey since the only Broncos kicker worth buying a jersey for in the first place is the legend Jason Elam. Not bragging, but I won back-to-back fantasy football championships with him as my kicker and Terrell Davis as my running back. Also not bragging, I am old as FUCK.

UPDATE 1: I had to jump back into the blog once I saw this actually happened. Someone tell Superfan Five over there to buy a shirt or 10. 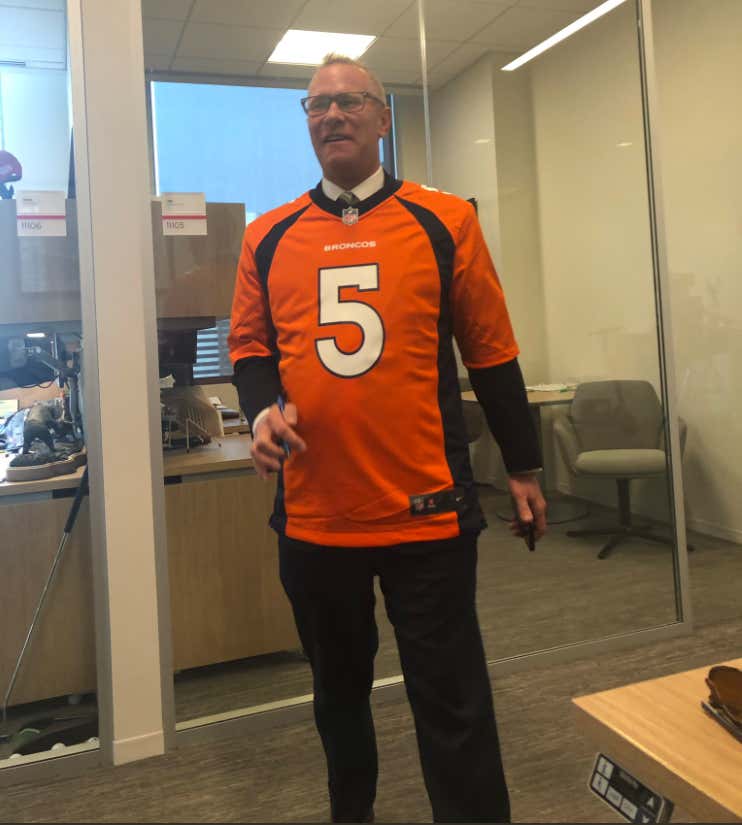 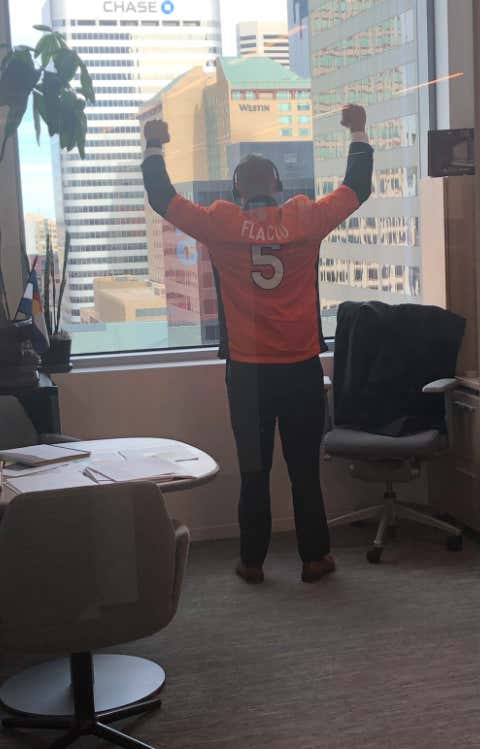 However he is not a Flacco superfan, but instead a Broncos superfan with what I imagine is the saddest wardrobe anybody has ever seen with a closet that is a crypt for back quarterback jerseys.

Now lets wrap this up with the obligatory Hall of Fame Pres video after the Flacco pick at the end of the Pats/Ravens slobberknocker from whatever Patriots march through the playoffs this was: