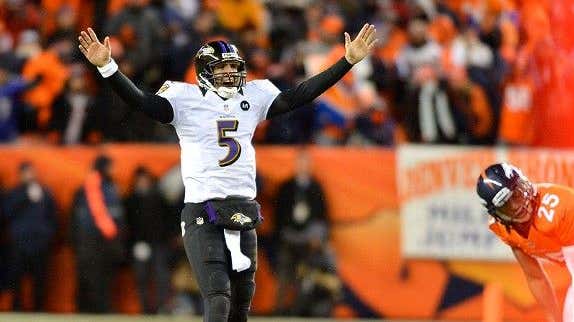 The day has finally come. We knew it was on the horizon when the Ravens shockingly moved back into the 1st round in April to take Lamar Jackson, but I never imagined Joe Flacco’s day of reckoning in Baltimore would come so soon. Not even when Lamar took over midseason and lead the Ravens on a helluva run to a division title did I think I would be sitting here as soon as February 13th writing this blog. It was all but a formality that he would be leaving, but I thought the how (trade or release) and where of the situation would be a little more dramatic. But here we are.

First things first, a history lesson. There’s no place in the NFL worse than QB purgatory, and QB purgatory was all we knew in Baltimore before Joe. The franchise began with Vinny Testaverde under center for 2 years with a roster going nowhere fast. By the time the fruits of Ozzie’s first Ravens’ draft picks (Jonathan Ogden and Ray Lewis, ever heard of em?) were ripe, Vinny was off to New York and Baltimore’s offense quickly became a laughingstock.

For the next decade, the Ravens featured one of the most talented rosters in the NFL with the likes of Ogden, Lewis, Peter Boulware, Jamal Lewis, Ed Reed, Terrell Suggs, among many others… but they had no QB to tie it all together. Sure, they were able to break through with Trent Dilfer simply because that 2000 defense was just too good not to. But he was regrettably tossed aside for Elvis Grbac in one of the worst decisions in franchise history. They followed up Grbac with the likes of Chris Redman, Jeff Blake, goddamn Kyle Boller, Anthony Wright.

In the 7 years that followed that 2000 championship, the Ravens’ defense ranked worse than 6th just once. The result? Only 3 playoff appearances and one measly playoff win in 2001. It’s a complete travesty, and after a 5-11 season in 2007 it looked like the Ravens were well on their way to completely squandering an era that should have resulted in multiple championships.

Enter Joe Flacco, taken 18th overall in 2008. By way of an injury to Troy Smith, the starting job ended up in his lap from day one. He had to learn on the fly and learn quickly, and that’s exactly what he did. Learned how to be a game manager first, and lead the team to an AFC Championship appearance in his first season by becoming the first rookie in QB history to win 2 playoff games.

From that year forward, he improved year over year despite little to no help from the front office on his side of the ball. Made the playoffs his first 5 years and never went one and done. Amassed the most road playoff wins in NFL history, a mark that still stands today. And most of all, when the door on a championship had pretty much closed on the Ravens’ defense as we knew it, he busted through that fucking door with the greatest QB playoff run the league had ever seen. Don’t get it twisted. He won that Super Bowl, the league’s 17th-ranked defense did not. And he damn near could’ve had two if Lee Evans could just squeeze a football.

There’s a million reasons for city of Baltimore to be thankful for Joe Flacco. Most will think of that Super Bowl run first, myself included. With that win, he salvaged an era in its final hour that would and should have been labeled as a decade of wasted opportunity otherwise. Guys like Ed Reed, Terrell Suggs, and Haloti Ngata would not have been champions had it not been for Joe Flacco.

With all of that sappy shit said, I’m very happy to see that he’s landing on his feet in Denver, a place where his most iconic play occurred. Much much better than having to see him down the road in DC, or on a team on our schedule next year. Denver suits him well, he will do great there. The way he performed early this season when he was healthy was enough to show me that he still has some left in the tank, and I know former front office exec Gary Kubiak advocated this before his departure too. Mile High Stadium and its tough conditions are a fit, and I think that roster is better than their 6-10 record showed. And although the AFC West is a tough division, it wouldn’t shock me to see them compete for a wild card spot next year. I’ll be rooting for Joe and the Broncos for sure, and if you’re a Ravens fan you should be too. I just pray we don’t have to play them next season, because hell hath no fury like January Joe. 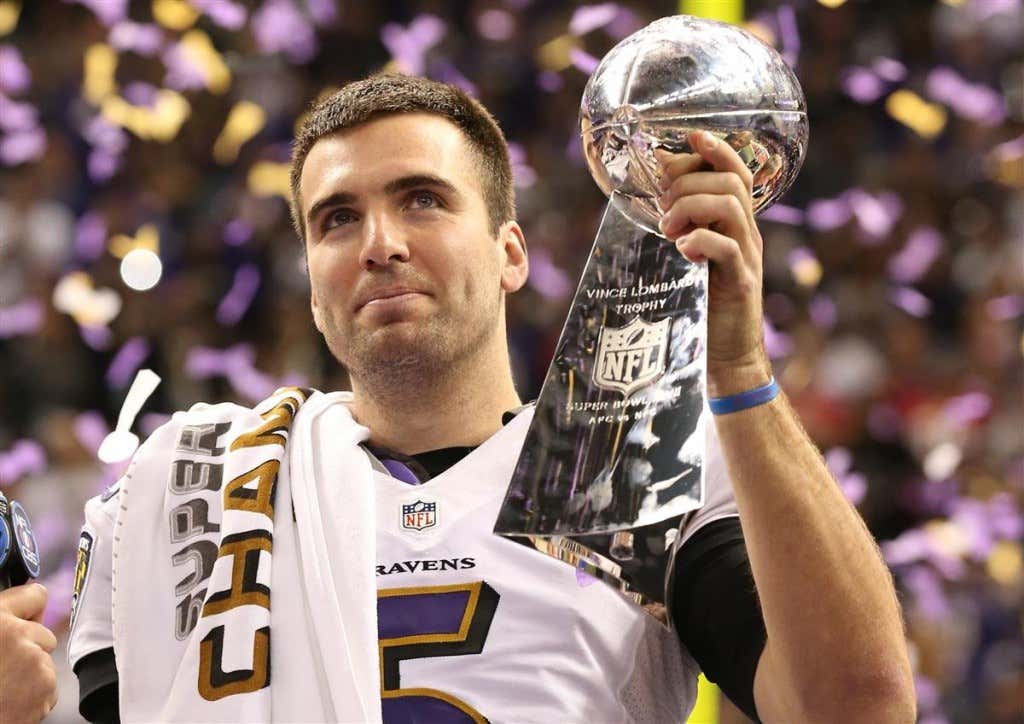