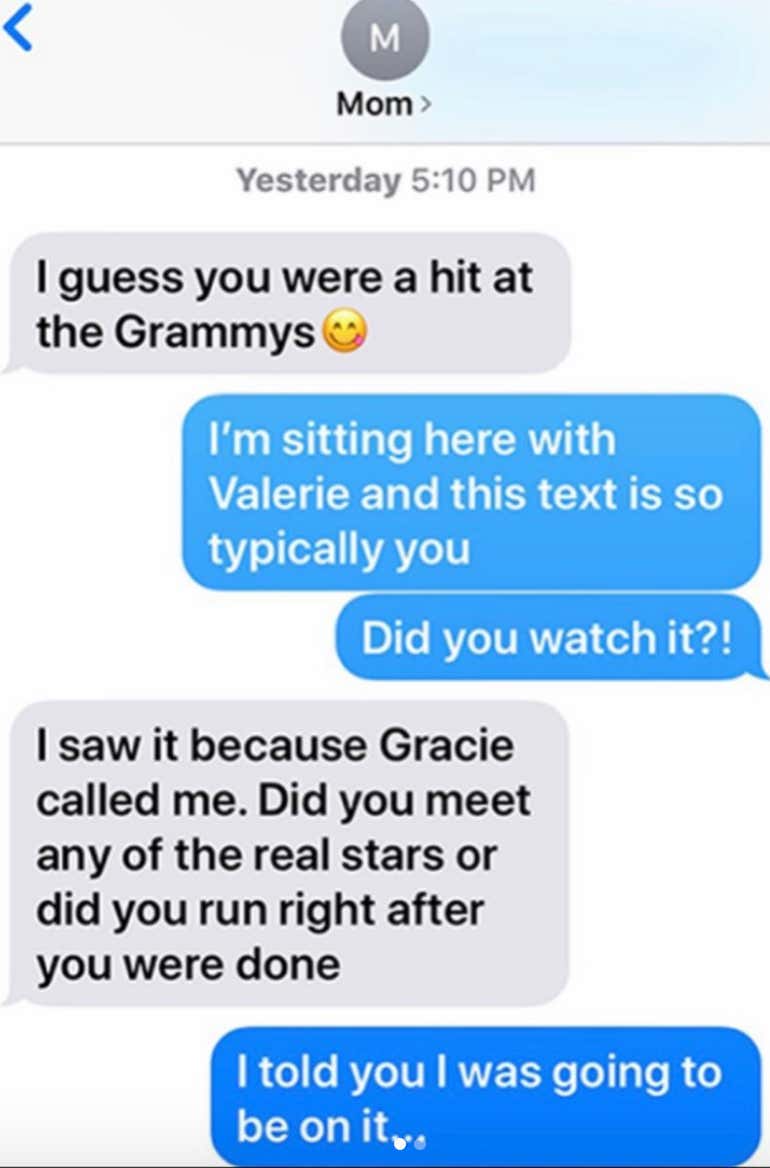 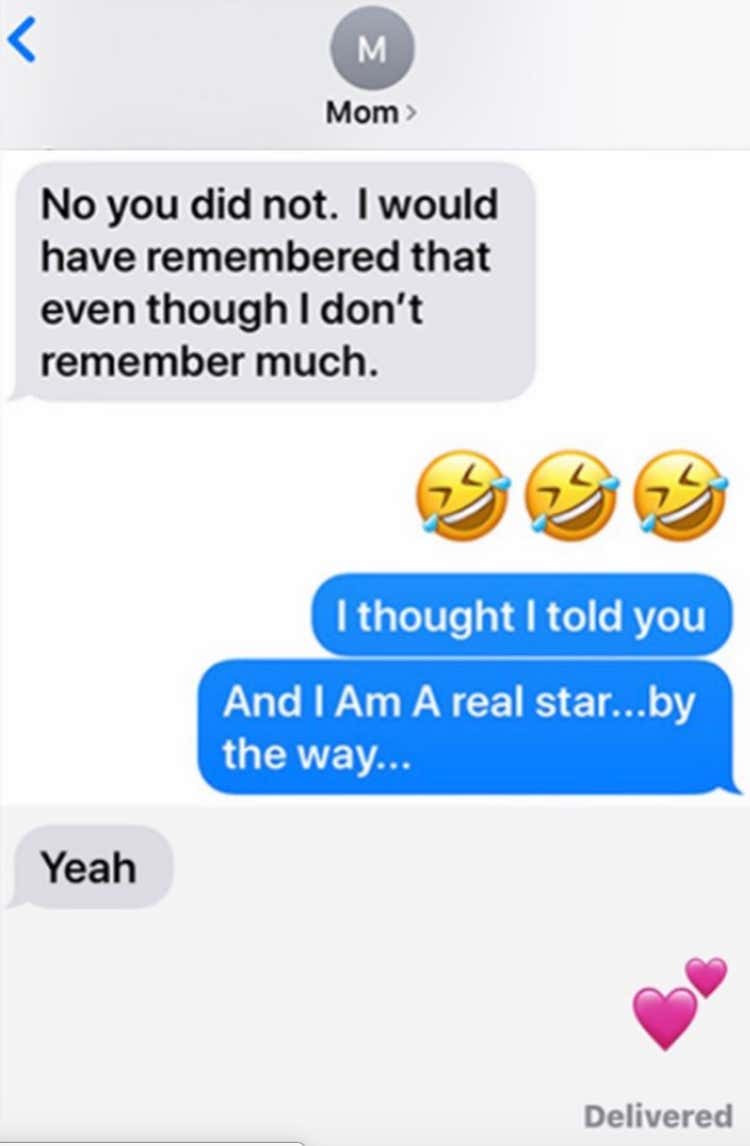 First of all, Michelle’s mom seems to think that Michelle didn’t even tell her about the Grammy appearance which would be rude. Although old people stay forgetting things so Michelle probably told her and the old lady forgot. Michelle’s mom says she would remember being told that her daughter was gonna be on the Grammys but you really can’t trust old people when it comes to remembering things. They’re terrible at it.

The “did you meet any real stars?” was a real shot. I don’t know the dynamic of their relationship so maybe it was just busting balls but basically calling your daughter who was First Lady for 8 years a fake celebrity is mean spirited. But the meanest part was the “Yeah” after Michelle said she is a real star. We’ve all gotten that “Yeah” from someone in our lives and it’s never been positive. “Yeah” means “Yeah you’re full of shit but whatever”. Unless I’m missing something about their relationship that I’m basing off a series of 10 texts, I think Michelle Obama and her mom hate each other.

It’d be super ironic if the whole entire world loved Michelle Obama except her own mother. Literally the whole world loves her. Well maybe not the whole world but a lot of people love her. She appeared on the Grammys, tried to say one word and the place almost collapsed onto itself. I’m fan of her myself because I’m a lib cuck pussy.