I think the most important thing we can all take away from this is that there will, in fact, be a Frozen 2. Other than that, there isn’t really much we can confirm about the many rumored plot details as detailed in Digital Spy:

“Rumours have included everything from a love story for Olaf to a story about how Anna and Elsa aren’t really biological sisters and how this affects their relationship – which sounds just right-on enough to be a distinct possibility.

Some fans asked for Elsa to get a girlfriend in the second film and Frozen 2 co-director Jennifer Lee responded to those requests for a lesbian plotline while promoting Disney feature A Wrinkle in Time.

‘We have tons of conversations about it, and we’re really conscientious about these things,’ Lee said. ‘Elsa’s every day telling me where she needs to go, and she’ll continue to tell us. I always write from character-out, and where Elsa is and what Elsa’s doing in her life, she’s telling me every day. We’ll see where we go.'”

I would bet my money on the biological relationship aspect being a major plotline and a natural evolution of the story. That begs the question, who is Elsa’s real parents? Jack Frost? The Night King? Chris Martin?

It would also be nice to have an LGBTQ element to the film to have some representation to younger folks that don’t get that sort of spotlight usually in tent-pole franchises. Either way, I’m ready to try and sing some Adele Dazeem!!! 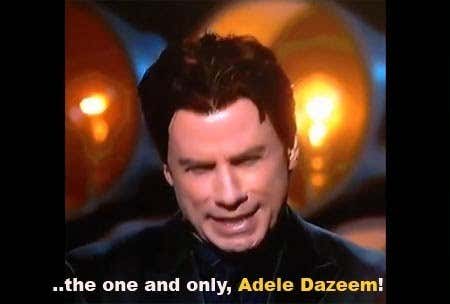