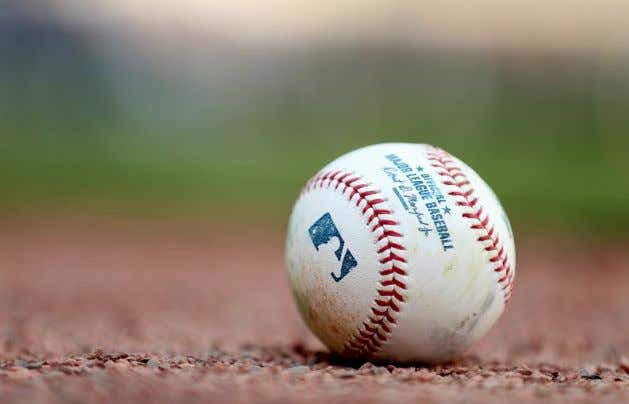 We’ve talked about Manny Machado all winter, so I’m going to make it a point in this blog to NOT talk about him.  But just for all intents and purposes, here’s what a projected lineup looks like with him in it:

That’s not…. half bad.  The Joc Pederson is officially #dead as of now, (this is a legit scoop) but should it have consecrated that would have been a pretty damn good lineup.  It’d at the very least be entertaining.  Could have been a 200+ dinger lineup with a ton of strike outs and not a lot of walks.  Oh well.

But let’s talk about some of the lesser storylines this winter.  These are all important notes on the team and will have at least some effect on the trajectory of the organization moving forward.

Carson Fulmer worked out at Driveline this winter and is down 15 pounds: 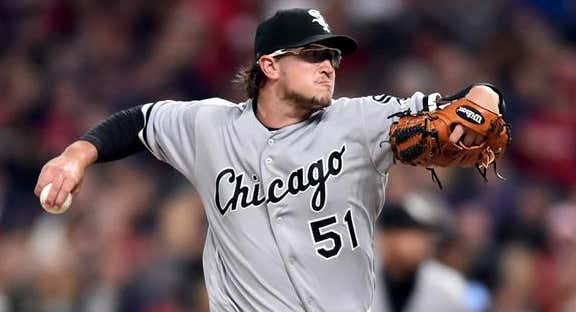 Carson Fulmer has all but been written off as a key piece on the next contending team on the South Side.  That’s not stopping him from putting all his chips in the middle and helping the team someway, somehow this season and beyond.

This winter he worked out at Driveline, a pitching school in Kent, WA.  Scott Merkin of MLB.com had an article on it that came out yesterday.  You can read that by clicking here.

Driveline is a school that is revolutionizing the art of pitching by turning said art into a science.  For reference, Don Cooper is pretty revered as being a great pitching coach but is obviously completely old school in his ways.  I bet he talks about “balance”, “staying over the rubber” and “hand/glove separation” all the time when he’s coaching players up.  Kyle Boddy, the founder of Driveline, doesn’t use those words, or at least doesn’t work at improving them.  He works on things like “spin rate” and the “kinetic chain”.

It’s all shit that is way, way over my head.  He’s introduced physics and biology into the game and I think will be the ipso facto Godfather of pitching in the not too distant future.  Hopefully he at least helps turn Fulmer into a solid reliever at the very least, and at the most *maybe* just *maybe* he’ll be a back end starter again this year.

Fulmer, by all accounts, works his dick off and is a really easy guy to root for.  I would love for him to find success this year.

Adam Engel Has a new hitting coach, looks to crash the party as well: 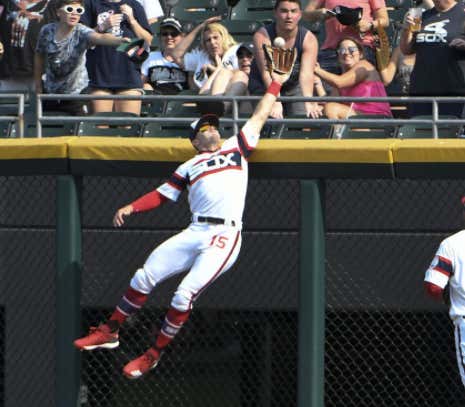 Here’s a stat line to wince at:

Not good.  Not good at all.  Now I met Engel at Soxfest and drunkenly coached him up.  Watch him have a massive spike in improvement because of that.  I’m kidding, kinda.

Anyways, here’s what we know about Engel:

– Freak athlete.  Legit grade 80 speed, perfect frame, one of the best outfielders in baseball.
– mid-round draft pick with an overslot bonus out of Louisville even though he didn’t dominate college pitching at all
– Has struggled hitting.  A lot

But why has he struggled hitting?  Just by watching him on TV, he’s had 1000 different swings.  Every game it seems like he’s doing something different with his hands, feet, swing plane, etc..  That’s not going be conducive to making consistent hard contact. Athletes and baseball players in particular are creatures of habit.  Muscle memory for a hitter is crazy important, and Engel had none of it.  But he’s working out with Justin Stone of Elite Baseball this winter, and Justin is a coach I couldn’t endorse more.  He’s not exactly a house hold name, but is a great, great hitting coach.

Justin, at the very least, will aid in Engel developing a swing that he’s comfortable repeating from at bat to at bat.  Should he get “hot” at any point, I wouldn’t be surprised to see him develop into an average hitter or even better.  The physical skills are undoubtedly there for him to do so.  He has nice raw power on top of his raw athleticism and if he can hit at just an average clip, he’s a REALLY nice player when you pair that with his defensive prowess.

2019 might be do or die for Engel and he’s my sleeper pick to have a nice year.

Giolito needs to pick it up as well: 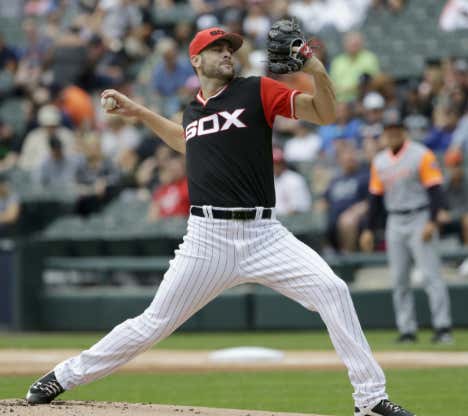 Yeah… you want a pitcher that eventually becomes dominant if they’re that highly regarded.  But why was Giolito so *bad* last year?  Here’s my theory:

Giolito is a LONG and rangy athlete.  6’6” and just might be growing still.  Do you remember that kid in HS who was like 5’1″ when they left for summer break freshman year and then came back and was over 6′ tall and so uncoordinated he could hardly walk because his body didn’t know how to handle its newfound height?  That’s Giolito in my eyes, though to a lesser degree.

To me, Giolito looked like a baby giraffe trying to walk on a frozen pond.  That’s not a bad thing at all.  It’s nothing he can truly control.  He just needed to learn how to harness his growth as best he could.  If I were Cooper or whoever Gio works out with in the offseason, I wouldn’t worry about working on command of his pitches or fastball location too much; I’d worry about developing a TON of core strength, coordination and a delivery he can repeat from pitch to pitch to pitch.  Should he do that the rest will follow suit.  I spew a lot of bullshit on social media and the blog but I will take this theory to my goddamn grave.

But what I do trust is Giolito’s pure shit.  Fastball got better and better throughout the summer last year, he’s got a hammer curve and a pull the string on him change.  But his lack of a repeatable delivery didn’t allow him to pair those three pitches with hardly any command at all.  You can’t teach his pure “shit”.  What you can teach is command.  Like Fulmer and Engel, I expect to see a big jump in performance this year.

But I’m just an internet blogger so what the fuck do I know.

I saw White Sox Director of Amateur Scouting at Soxfest a few weeks back and we both agreed that the time was over for him scouting players to pick in the top 5.  No more tanking.  No more shedding payroll.  Time to take the fuck off and win some goddamn baseball games.

I don’t expect the Sox to make the playoffs in 2019.  No wild card, no division title, none of that.  Speaking objectively, that’s crazy talk.  But I don’t expect them to be a team that pads the wins for other teams in the AL this year either.  FUCK THAT.  They had their 2 year grace period where myself and the rest of the fanbase could deal with losing because we were thinking big picture, but now a lot of these super prospects have gotten their feet wet and need to start playing to their potential.

This may come off as a loser attitude and I hope it’s not one the players themselves share, but all I want the White Sox to be this year is to be the team that is in the “still in the hunt” graphic on Sunday Night Baseball in like late July or August or some shit.  And I’m not saying they should start firing away by trading prospect capital to win now either; I’m saying we need the current roster to start doing some damage.  No more leeway for Moncada, Giolito, Anderson or anyone else.

Go win baseball games.  That’s all we ask as fans this year.

This is before their odds shifted to them being the favorite to land Machado, where they currently sit at -150.   So for all you assholes who say there’s not a chance in hell they win more than 76 games, just know Vegas agrees with me and not you.

So because of that, I’m predicting 78-84.  They’re going to sign Machado and might even turn around and sign/trade for another bona fide starting pitcher that doesn’t fit the “innings eater” ilk.  The bullpen will be the best unit on the team, which we’ve talked about, and the lineup is going to hit a LOT of home runs.  If the starting pitching is just average… who knows what can happen.  The AL Central is embarrassingly bad, but the Tribe should still run away with it.  Just give me the “still in the hunt” graphic later in the summer.  That’s all I ask.