Night.mare.city. Give me a subway car filled with rats and syringes over this woman any day of the week. I can’t think of a more frightening situation. Because you know part of him felt like he had to do it. I guarantee he looked around the car, saw a few dudes, and felt like he had to let that dirty pirate hooker suck his dick to prove that he’s not gay. Poor guy.  She even grabbed his crotch to try and get him to whip it out. 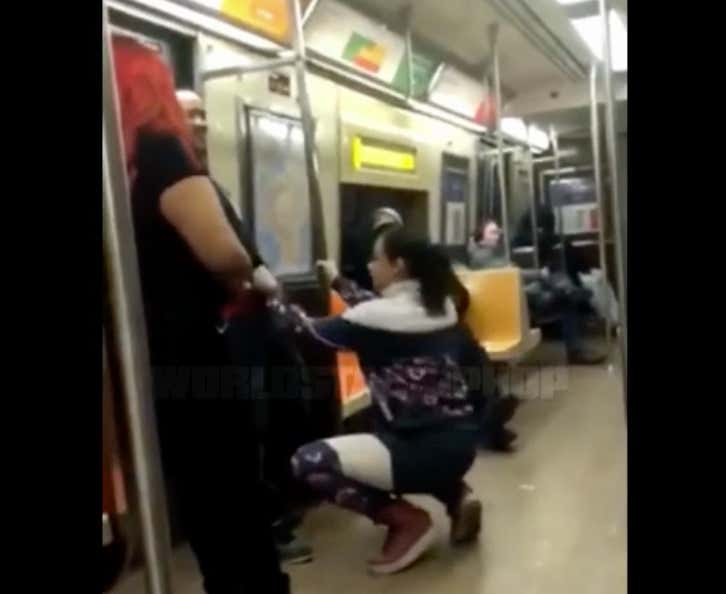 It’s a good thing she didn’t because it would’ve looked like a light switch surrounded by hair. (Shout out to Large for that saying.)  Dick’s don’t do well when they’re scared. I believe her direct quote was, “I’m forty years old. Imma suck that shit outta you like you’ve never had your dick sucked in your whole life.” Which coincidentally was the opening line of the last person I dated.

Regardless, the craziest part of the whole situation was the fact that people were sitting there watching it happen. 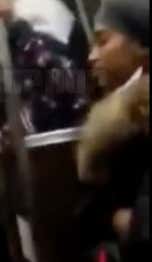 The girl in the pink was actually enjoying it. 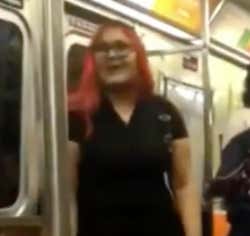 I don’t even think a murder could’ve gotten them pay attention. Which is exactly how it should be on the subway. Eyes down, keep to yourself. Always. Hopefully these two were able to make up and live happily ever after.