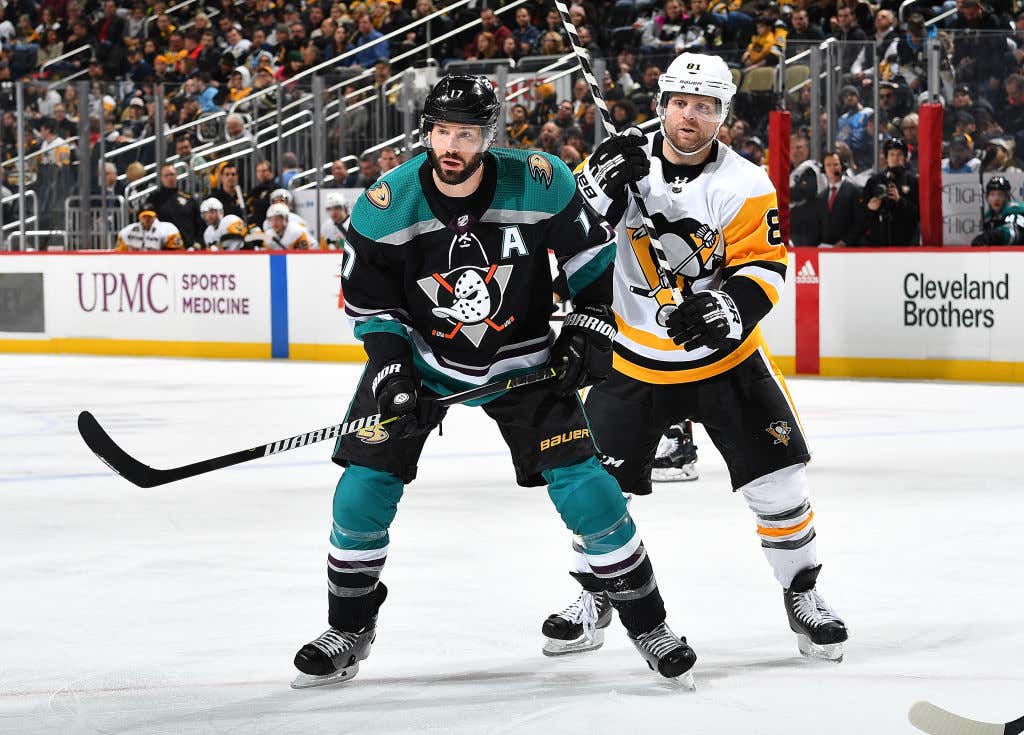 The Pittsburgh Penguins and the Anaheim Ducks. While both are teams in the National Hockey League, it’s not like either of them necessarily have anything to do with each other. The Penguins are in the Eastern Conference and play in Pennsylvania. The Ducks are across the country in California and are a Western Conference team. So they only play against each other twice per season and have very little to no impact on each other’s standing for the playoffs. Or at least that’s what they want you to think.

It all starts with the Philadelphia Flyers, who have been one of the hottest teams in the NHL over the past month. The Flyers went 10 straight games picking up at least a point in the standings from January 14th to February 9th. They won 9 of those games and lost in a shootout in the other. Now the final game of that streak? It was against the Anaheim Ducks. And while the Flyers have been one of the hottest teams in the league, the Ducks have been a complete shit show. They only have 2 wins in their last 20 games. They are in a complete free fall and it’s clearly obvious at this point that they won’t be in the playoffs. So what do they need the most right now? Losses to make sure they can land a top draft pick.

And that’s what the received on Saturday when the Anaheim Ducks came to town and left here with a 6-2 loss at the hands of the Philadelphia Flyers. 6 goals in one game for the Flyers. It’s the 2nd most amount of goals they’ve scored in a game this season. Now you’re probably wondering to yourself what the significance of the Flyers scoring a shit ton of goals against the Ducks would be. Well here is a list of the 5 times the Flyers have scored 6 or 7 goals this season, and what happened in the following game.

So aside from beating the Bruins 4-3 on January 16th, the Flyers seem to lose the following game after putting up a ton oof goals just days earlier. They were shutout in one of those games. Got trounced 7-1 in another. And got doubled up 6-3 in the 3rd. What I’m saying here is that if the Flyers put up a ton of goals the game before you play them, chances are your team is going to win that next one. So who was next on the schedule for the Philadelphia Flyers? Naturally it was the Pittsburgh Penguins. And who could benefit the most out of a 4-point swing in a Metropolitan Division matchup between the Flyers? Again, it’s the Pittsburgh Penguins.

And the final score of last night’s game? They lost 4-1 to the Pittsburgh Penguins.

Basically what I’m getting at here is that the Pittsburgh Penguins told the Anaheim Ducks to let the Flyers waste all of their goals against them on Saturday. The Ducks happily obliged because they need the losses for the draft lottery. So the Ducks put in a backup goalie and let the Flyers score 6 goals against them on Saturday. Then on Monday the Pittsburgh Penguins came to town and despite putting up 28 shots in the 2nd period–a record for most shots in one period for the Flyers–they were unable to score a single goal until there was under 5 minutes to play in regulation. And it was the only goal they scored on the night, and the Penguins got out of Philly with a win in regulation after dropping their last 4 games.

THAT RIGHT THERE, LADIES AND GENTLEMEN. That right there proves that the Pittsburgh Penguins and the Anaheim Ducks are in cahoots. They are both aquatic birds and they both want to fuck over the Flyers. Now somebody please give me a pulitzer prize for this investigative work because goddamn am I good.