So over the weekend we had two of top high school basketball programs in the country play each other in Montverde and Roselle Catholic. There are guys like Khalil Whitney (Kentucky), Balsa Koprivica (in the middle of this, debating FSU/Gonzaga/Louisville), Precious Achiuwa (St. John’s/UConn) in this game.

But, that’s not the point here. The point is the great job of the officials to get the hell out of the way. Often times during a heated push like this you see a ref get in the middle of it and try to calm everyone down. Not these three. They knew better.

They are literally backing up and letting some more punches fly as security comes in to break it up: 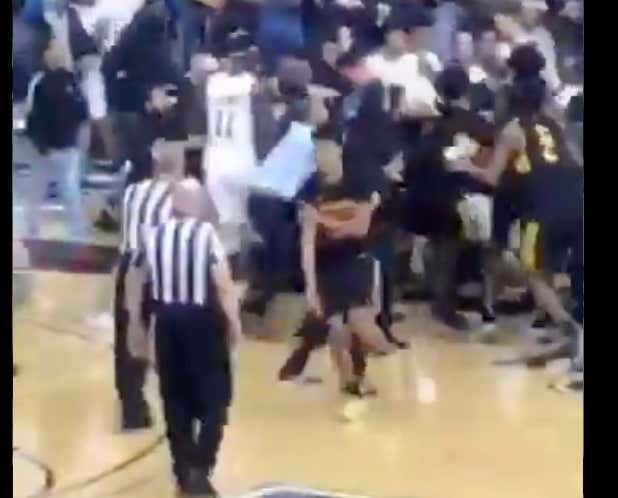 I’m sure they are trained to get out of there and let other guys break it up but it’s still a hilarious image.

Oh, and as Kentucky guy I LOVE seeing Whitney get involved here. He sticks up for his teammate and has a bit of a chip on his shoulder. He can play for my team any day of the week. Give me 100 Whitney’s and you’re a Final Four team.