Oh come on, man! We can’t catch a break. Even Steve Spurrier who is the coach of the *checks notes* Orlando Apollos is shitting down the Redskins throat. The Orlando Apollos! When the AAF is taking a dump on you out the sky, and getting laughs of agreement, that’s how you know it’s bad. You’re supposed to make jokes like that about the Browns, not about the Redskins. That’s how far we’ve fallen. That’s what Daniel Snyder has done to us. We’re now the butt of jokes for AAF teams. We’re the AAF’s punching bag. We’re another bad year away from being the ending of “Can Alabama beat the ____?” That’s going to be the Skins if this trajectory continues.

PS: It’s pretty cool that he’s back coaching. Feel like he should be the face of the league. But if we’re being honest, Spurrier wearing a hat instead of a visor shook me to my core. 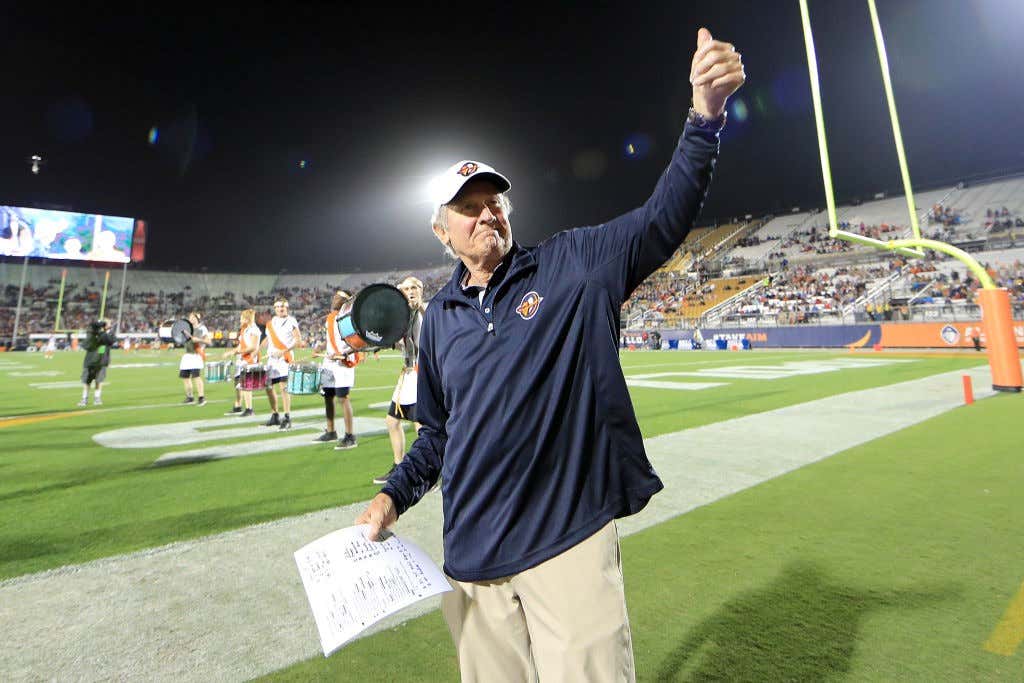