Isn’t this election fraud or something? Like what’s next Gery Chico is pro giardianera or anti-ketchup on his hot dog? You’re running for Mayor not for social chair at the Sig Chi house. How about some substance Gery?* How about tackling issues that matter instead of pandering to guys like Eddie.

With election day around the corner I’m sensing a huge struggle from candidates to nail the big ticket items. And I don’t mean the $30b in debt or the 3rd world gun violence or even dibs. I’m talking about real issues that impact the City’s global brand. Here’s what I’d like to see:

Are We A Deep Dish Or Thin Crust City? – I can learn more about a candidate on this question than anything else. The knee jerk reaction is to go deep because we spend so much time defending it on a national scale. But the real diehards know how thin crust supported countless families throughout the great depression, WW2, Korea, Vietnam, Jimmy Carter’s policies and y2K. Someone be bold enough to declare official pizza style for the city and let’s get on with our lives.

Corruption – Be honest. Holding public office and corruption go hand in hand. Why else would you want to the job? There’s no surprise with this one, which is why I want to see someone outline a transparent plan to how their corruption will benefit the city. Like is anyone bold enough to fuck over Milwaukee or maybe the entire state of Iowa? Or do we have to limit it to underfunded neighborhoods to Chicago. I say we go big on Corruption in 2019 and it starts with YOU.

Water Taxis – We need more of these. Someone get it done.

WiFi On Lower Wacker – Nothing worse than getting lost in an Uber on Lower Wacker because the signal cut out on your driver’s GPS. That shit always happens and it always leads to you getting lost in the underbelly of Chicago’s infrastructure. That’s a bad thing. We need wifi down there to keep your Google Maps flowing so you can be on time for Happy Hour with the girls.

Green River All Of March – notwithstanding large scale environmental harm, I’m all for a green Chicago river for the entire month of March. Not just Saturday St. Patrick’s Day Parade. I’m talking ball drops March 1st at the stroke of midnight with thousands of gallons of green dye. February blows so hard we need to come out in March and make a statement. 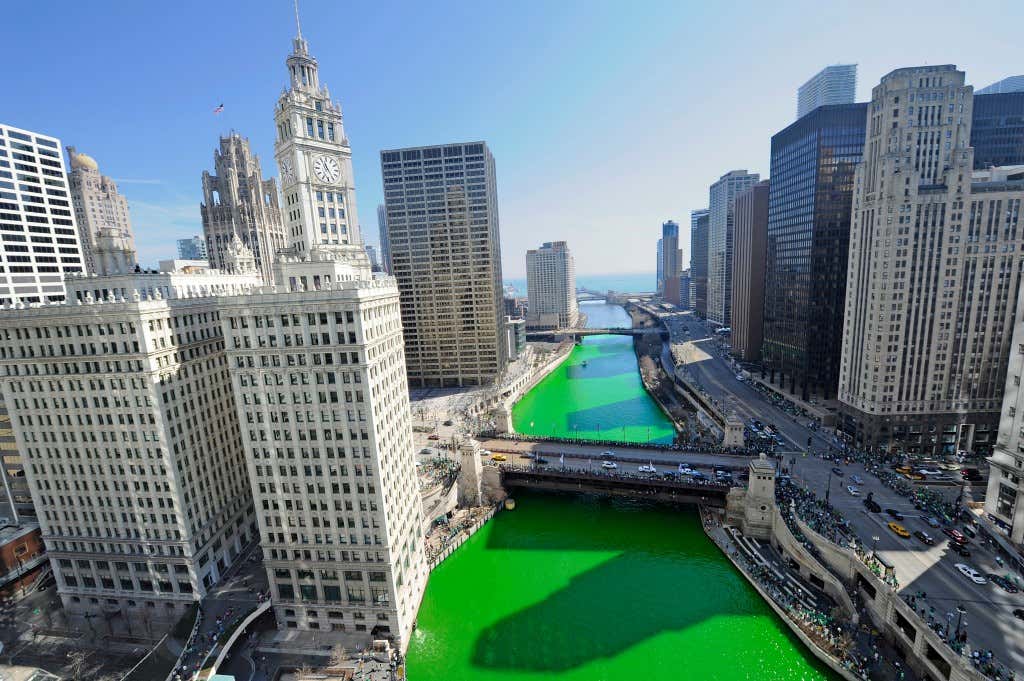 Vices - Apparently Chicago is about to get a Casino, legal marijuana, more 4am bars (made that up) and video poker machines on every corner. Personally, I need my candidate to embrace all vices with open arms. This is Chicago not Salt Lake City. Life is about getting a fresh taste.  Civic progress can best be measured in how much our local government profits from our evolutionary addictions. Which candidate is going to seize this and run with it? Answer: the one who wants to win.

Reverse Soda Tax – last one is my favorite. Big movement is to tax sugary beverages because they’re bad for you and nothing changes behavior like charging more money. Here’s where I flip the script tho. I want a tax on all NON SODA beverages. Ice tea, water, La Croix (sucks btw), you name it. Reason being is these people can afford a beverage tax. The guy who has the discipline to to say no to Coke but yes to Smart Water… that guy can fuckin pay a little bit extra. Not the degenerates like me sucking down 2 liters of RC Cola because their genetically predisposed to poor nutrition/decisions. Make the guys exercising and living long lives start paying for shirt. And not just soda but really all healthy food should face a 200% increase. If you’re disciplined enough to make smart choices then you’ve got plenty of disposable income to offset decades of poor decision making. Get off your ass and start doing nyour part.