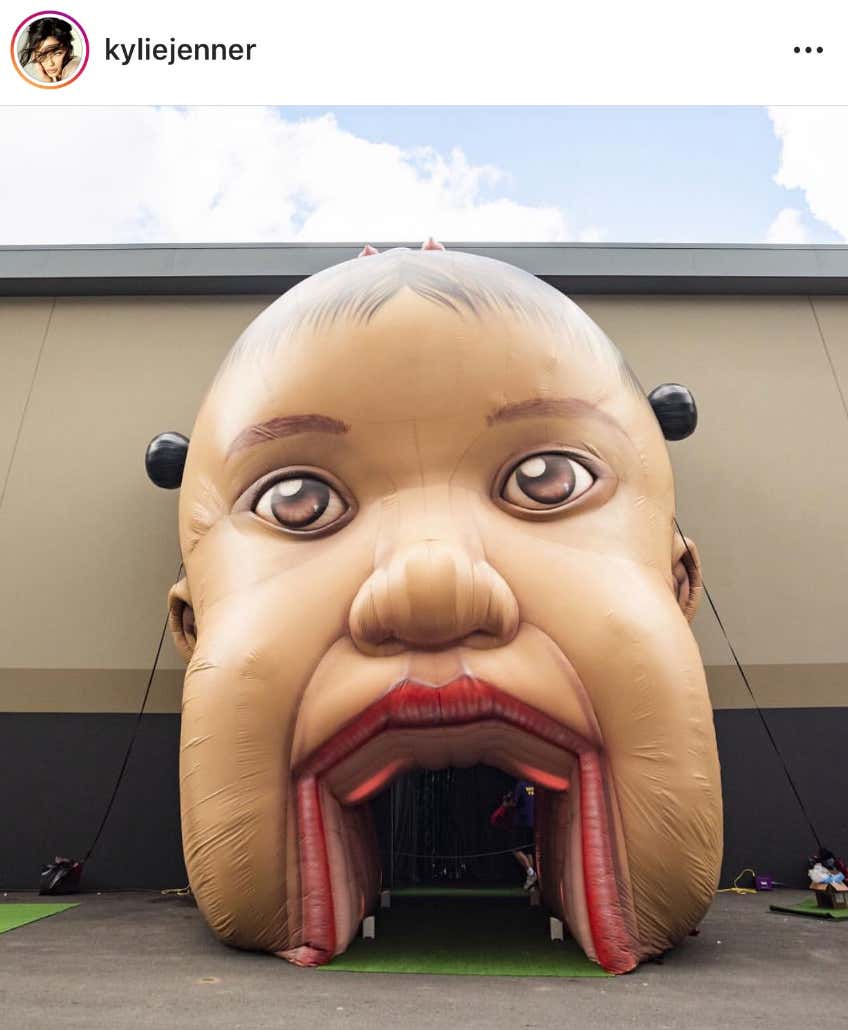 Bro what in the fuck is that? Honestly. What the fuck? Why? That’s absolutely terrifying. That’s the actual entrance to Stormi Webster’s first birthday party. That’s what Kylie Jenner and Travis Scott (let’s be honest, it was definitely just Kylie) picked as the thing party attendees have to walk through in order to get to the party. Just a GIANT inflatable Stormi head.

Super rich and super famous people truly do lose their minds at a certain point. There had to be multiple conversations about what the entrance to Stormi’s birthday party was gonna be and Kylie was finally like, “Alright let’s do the 20-foot tall ballon of Stormi’s face.” This is why celebrities can’t have only yes men around them. Somebody needed to shut this shit down and tell her it was a terrible idea before it became a reality. If I got invited and saw that giant baby head entrance as I got out of my car, I’d turn right back around and go home.

People on Twitter are comparing it to this mutant 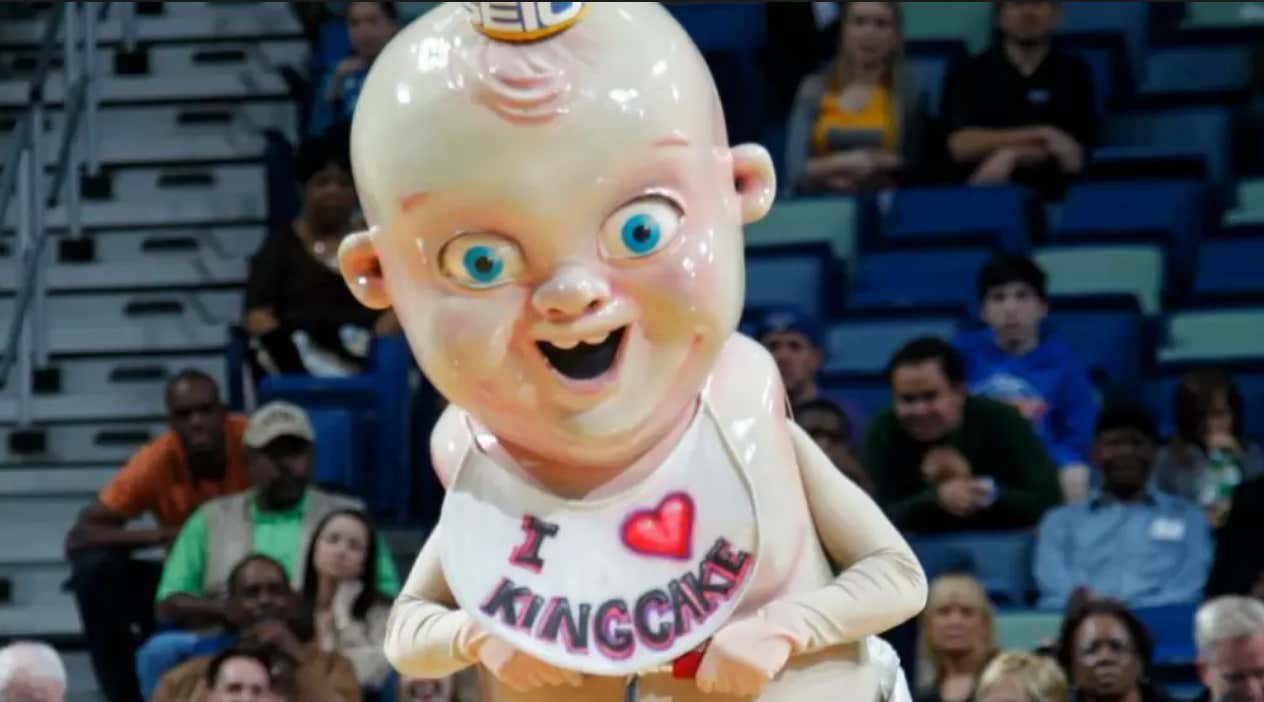