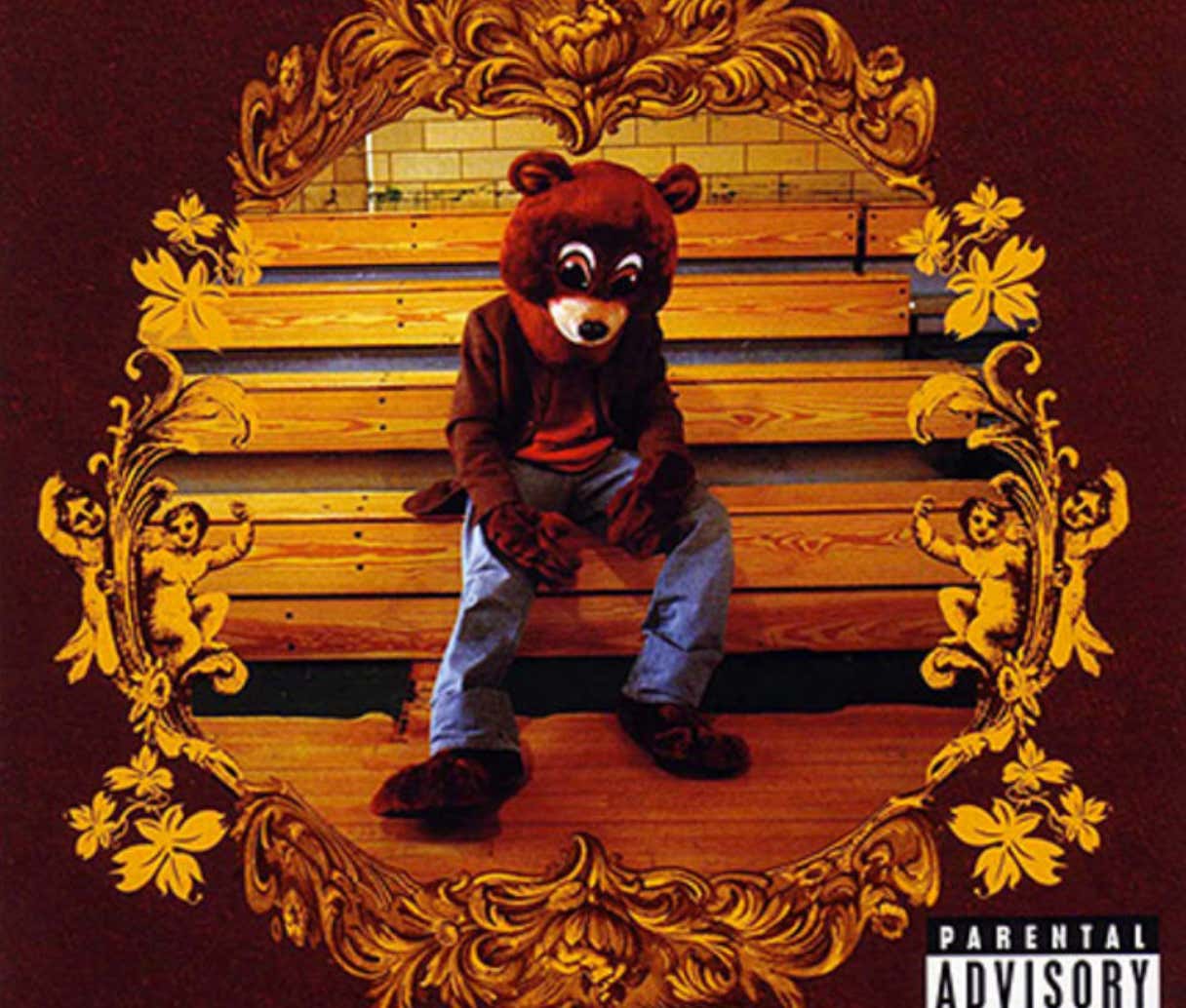 15 years ago today one of the best hip hop albums ever was released by one of the most influential hip hop figures ever. Lotta people these days say things like, “I miss College Dropout Kanye” and the reason they say that is because College Dropout is a fucking fantastic album. Before the album, Kanye was known mostly for being a producer for Jay Z and other Roc-A-Fella artists (albeit a very very very great producer) but he wanted to rap.

People might not remember but hip hop in 2004 was very much dominated by gangsta rap. My President 50 Cent was king of the world and he was rapping about getting shot in the face or shooting you in the face or ordering one of his G-Unit members to shoot you in the face. Lots of talk about guns and dealing drugs and jewelry and testosterone-fueled bravado.

Kanye was not rapping about those things. Kanye rapped about wearing polos, having a Benz and a backpack, religion, family issues, fashion, using Talib Kweli to get laid, etc etc. The first single was rapped entirely while his jaw was wired shut after a car accident. It was all incredibly different from what was popular at the time.

In my opinion, the biggest difference between Kanye and what everyone else was doing in hip hop at the time was that he was funny. The times Kanye would rap about drug dealing or being a gangster was when he was making fun of those things. Kanye would say things that would make you laugh out loud and go back so you could hear it again.

He did it a lot on College Dropout

Couldn’t afford a car so she named her daughter Alexus

Now even though I went to college and dropped out of school quick
I always had a Ph.D… a Pretty Huge Dick

I went to the malls and I balled too hard
“Oh my god, is that a black card?”
I turned around and replied, “Why yes
But I prefer the term African American Express”

All of The New Workout Plan

There’s definitely a lot more but those were the ones that came to mind.

Almost everybody else in that era of hip hop was talking about how hard they were or how icy their chain was or how they had more bullets for their handgun than the next guy (again, My President was doing that and I LOVED IT) but Kanye went a different way and it was a breath of fresh air. Oh and the other thing that made College Dropout great was the beats and the beats were great because Kanye West is one the greatest producers ever.

Long story short, College Dropout is a masterpiece. A masterpiece debut from an unlikely place at an unlikely time. And again, I get why people say, “I miss College Dropout Kanye” but it’s not like you can’t still listen to College Dropout. Old Kanye albums don’t drop off the face of the earth every time Kanye puts out a new one. His new stuff is different on purpose. He didn’t want to make 10 College Dropouts. But if you like albums like College Dropout, Late Registration and Graduation, I have good news. Those albums are readily available on streaming services everywhere. I highly recommend listening to College Dropout today and having it teleport you back 15 years to when it came out.

You can just listen to Kanye tell the whole story about he got his chance to rap on Last Call (“Mayonnaise colored Benz, I push Miracle Whips” is still one of the GOAT lyrics)