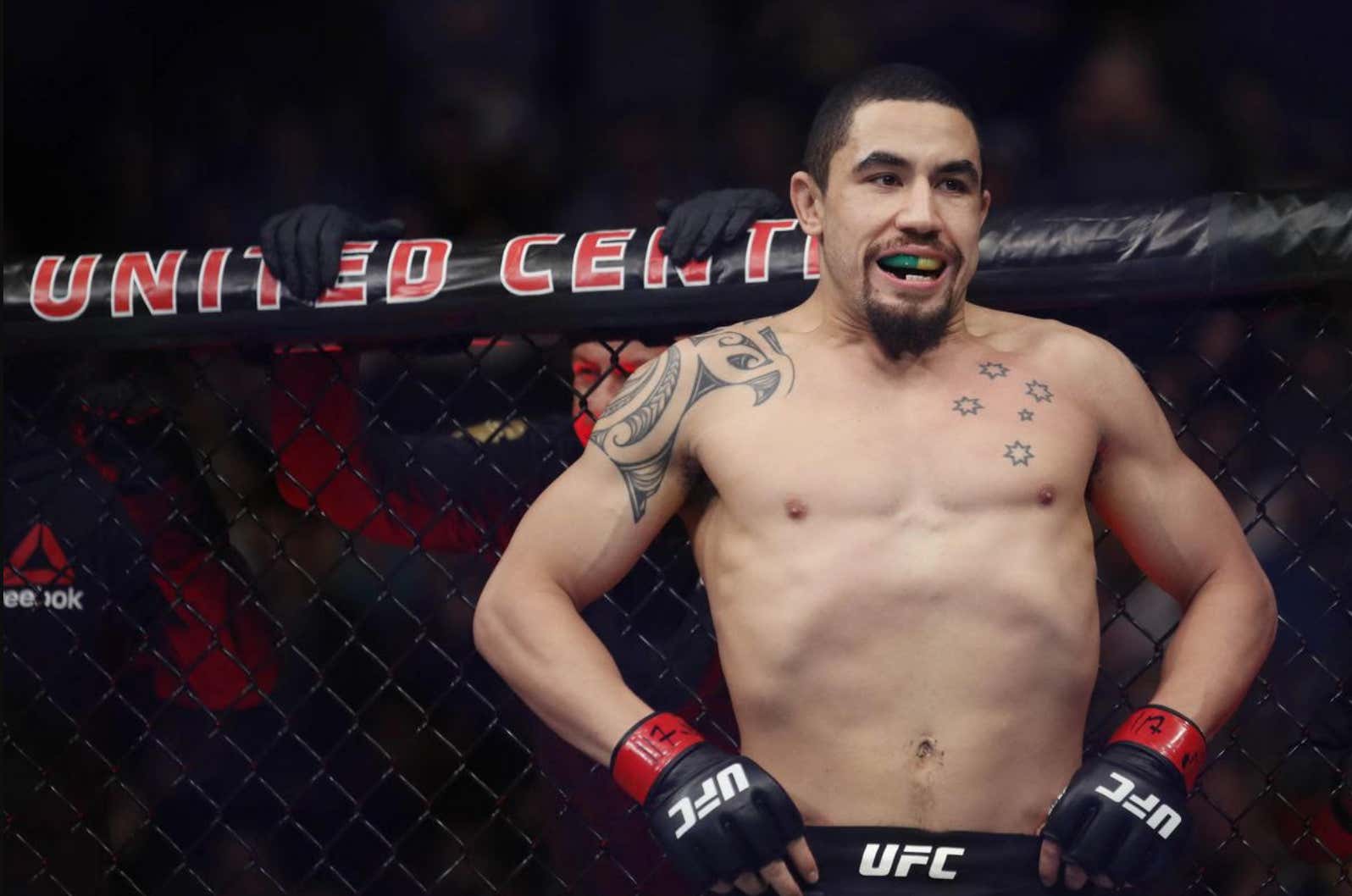 ESPN- An abdominal hernia has forced UFC middleweight champion Robert Whittaker out of his highly anticipated title defense against Kelvin Gastelum at UFC 234, just hours before doors were scheduled to open at Rod Laver Arena. UFC president Dana White told ESPN that Whittaker complained of pain in his abdomen late last night, and was taken to a local hospital. The Aussie champ was diagnosed with a hernia and will undergo surgery later Sunday, according to White. A non-title middleweight bout between rising star Israel Adesanya (15-0) and Anderson Silva (34-8) will now headline UFC 234, which sold out in minutes when tickets first went on sale. Adesanya, who fights out of New Zealand, is one of the UFC’s most promising prospects, taking on an all-time great in Silva.

Well, fuck. After all that, after the awesome, refreshingly respectful build, after Kelvin Gastelum’s ringworm scare (which I still believe to be more than just a scare), tonight’s UFC 234 main event is off, further delaying Bobby Knuckles’ return to the cage, and putting a damper over the pay-per-view as a whole.

Don’t get me wrong, Silva vs Adesanya (which I’ll have a blog on closer to showtime) was always the people’s main event, but other than that old school/new age bout, the card as a whole doesn’t really have much to offer, and Whittaker once again misses out on defending in his home. What a shame.