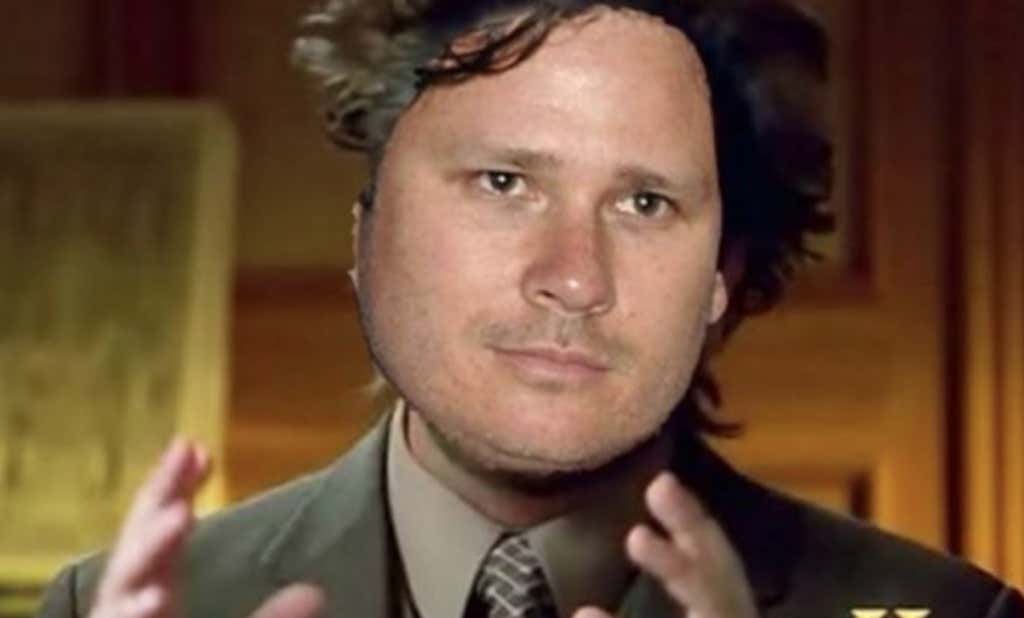 Kerrang - Tom DeLonge used to go searching for Bigfoot while on tour with blink-182, according to drummer Travis Barker.

Speaking on the Joe Rogan Experience podcast, Travis said that he and Tom used to just sit and look for UFOs.

“We used to get loaded and just look out the bus window [for UFOs], and I used to do it with him — it was kind of a bonding experience,” said Travis.

“With Tom that was his thing — let’s get high and look for UFOs. So we would! We’d just sit there and like stare out the bus window and look at UFOs.”

“He would even go as far as when we were on tour [to be] like, ‘Let’s go and fucking look for Bigfoot,’ Barker revealed. “He would assemble a crew and they would go do it.”

“He never got me on one of those trips because that was just too fairytale for me,” added Travis.

Some people get the munchies. Some people like to sit there and listen to music and wonder what it all means. But when Tom DeLonge gets high as a kite, he grabs his flashlight and starts hunting for Bigfoot. I don’t know why I thought he would do anything else, but of course that weirdo would go on Big Foot excursions while on tour. I’m just imagining their tour bus pulling into a hotel in a random city and instead of going to bed, Tom would spend the next 5 hours in the woods looking for Bigfoot, like somehow Bigfoot has been hiding out in Columbus, Ohio or Hershey, Pennsylvania this entire time.

I like that Travis made sure to point out that he himself never went searching for Bigfoot. He was fine looking out the window talking about UFOs, but wasn’t about to hack through trees in the dead of night looking for Santa Clause just because Tom took an extra hit of the Volcano while stuck in traffic on I-95.

(That’s some inside baseball blink 182 stuff, where if you listen to any song Mark has written in the last 5 years, there’s an unlimited amounts of “nanananana’s” in it. Drives me crazy.)