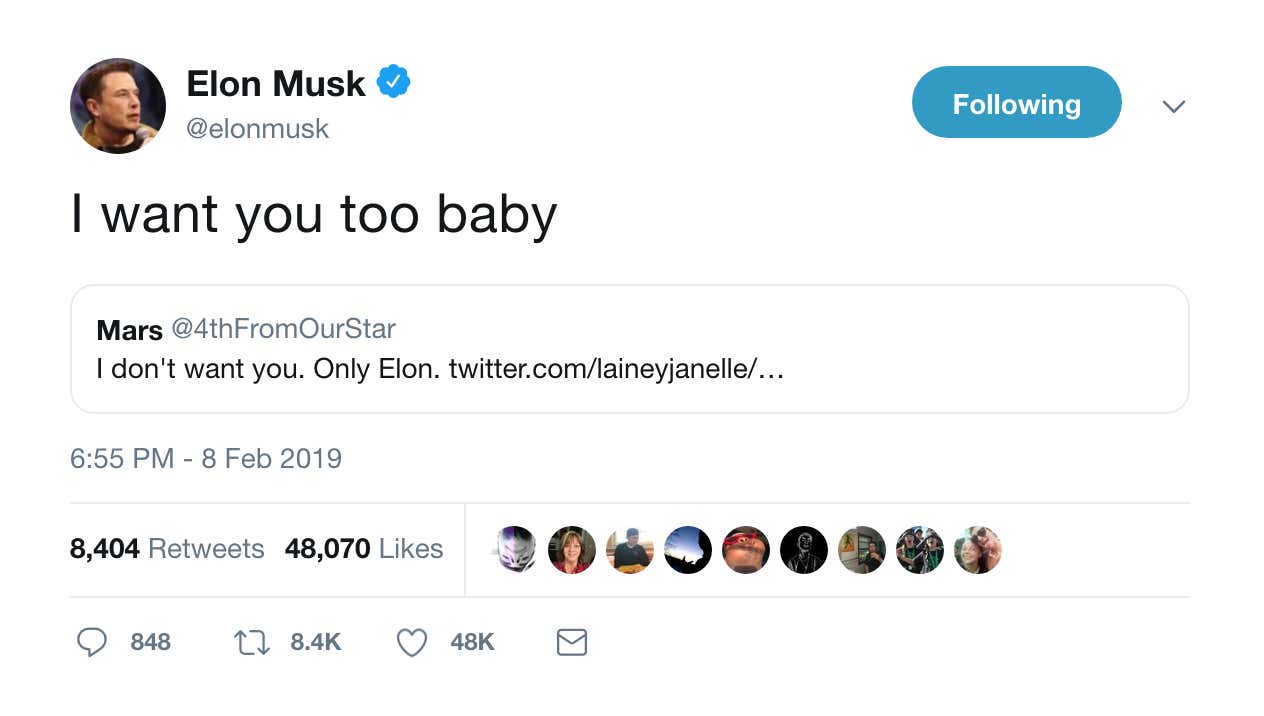 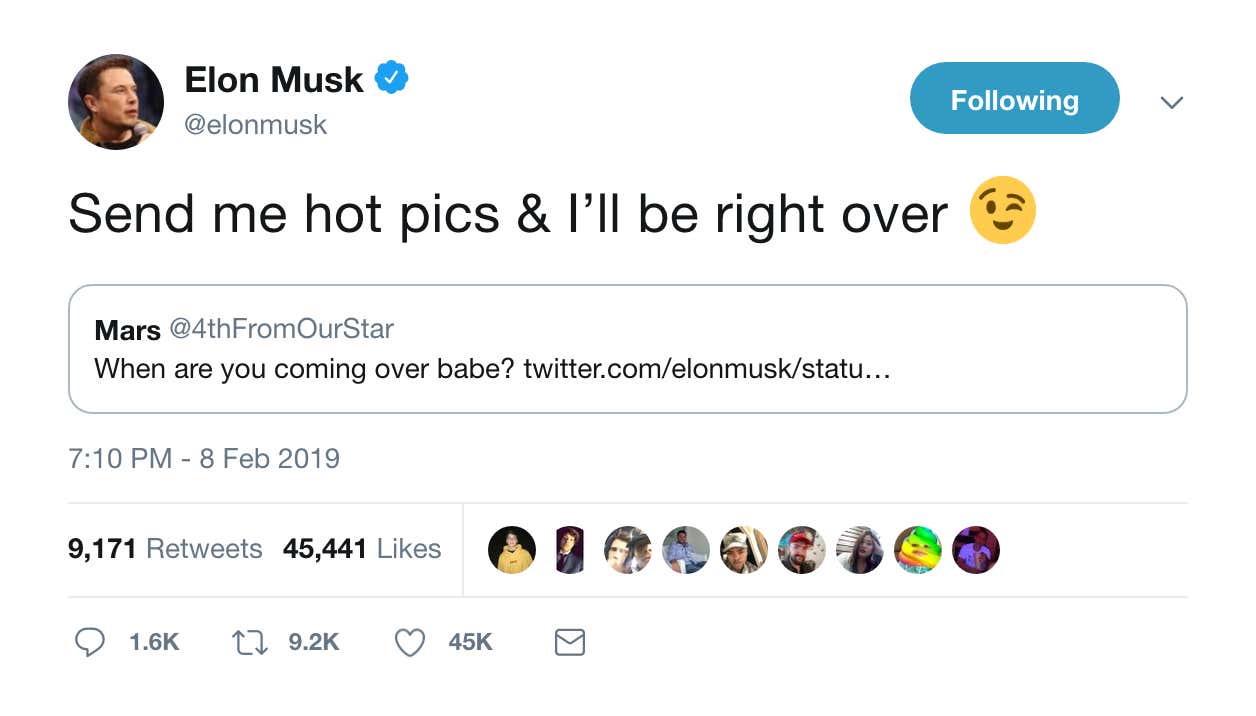 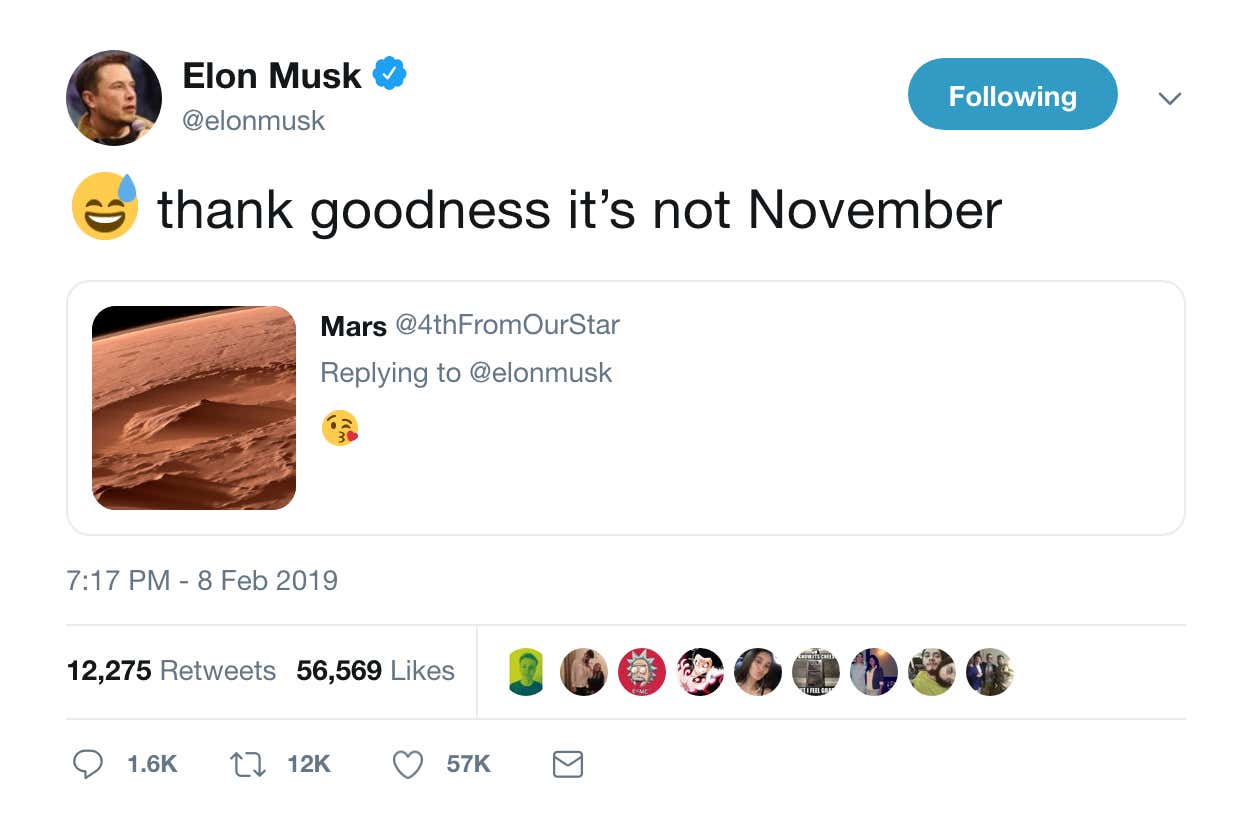 This is all being played as a joke but if you don’t think Elon Musk wants to actually fuck Mars then you haven’t been paying attention. Elon Musk 100% wants to literally stick his dick inside Mars until climax.

It all makes sense now. We’re always wondering why Musk works so hard and for so many hours and why he spends so much money on these crazy rockets that’ll hopefully get him to to the red planet one day but this is it. This is why. It’s not different than a guy spending tireless hours and spending endless amounts of money on a girl he’s trying to fuck. The only difference is most men want to have sex with a human woman and Elon wants to have sex with a planet. Musk let his true intentions out in those tweets and that intention is to fuck Mars. Not only does he want to fuck Mars but he wants to be the first person to fuck Mars. His race against other companies to get to Mars isn’t just about being the first to get there. Oh no. He’s worried somebody is gonna get there before him and get off a sweet space nut before him. Elon wants to take Mars’ virginity above all else.

Look at how creepy those tweets are. Look at them. It started out as an LOL I want you too joke and the Mars Twitter account played along. And then Musk was like, “This isn’t a joke. Send me nudes so I can jerk off to them. It won’t be long until I’m there in person and we can fuck.” What a creep. I hope Mars gets a restraining order.