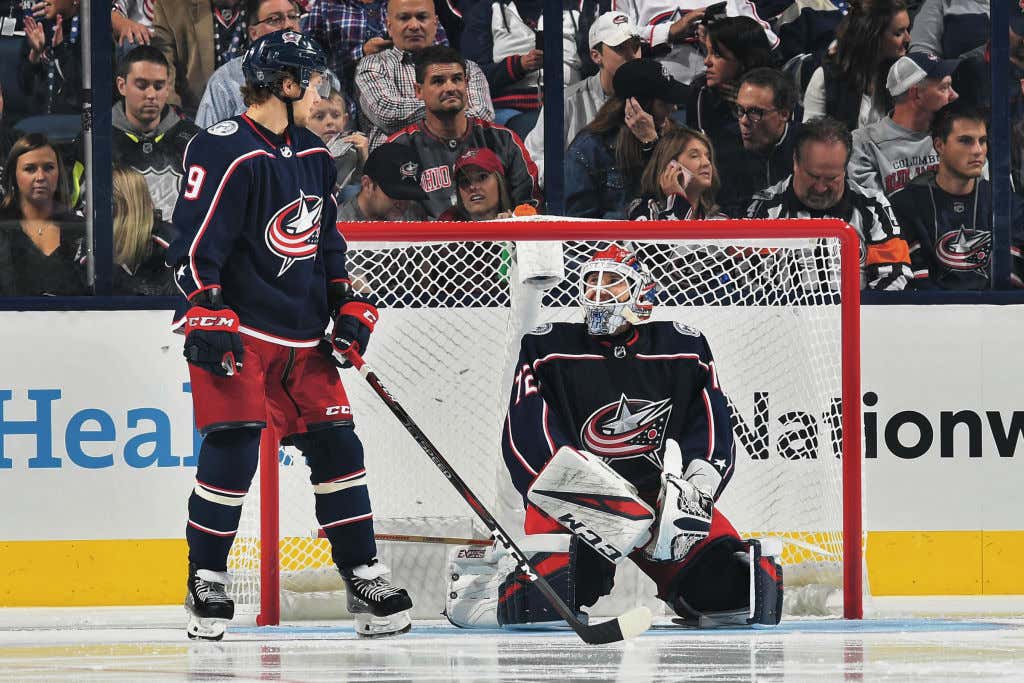 Earlier today it was announced that Artemi Panarin would be changing his agent ahead of the upcoming trade deadline and now it appears that the Bread Man could be adding the same agent as Sergei Bobrovsky, Paul Theofanous. Which now brings up the topic of conversation: will they be traded in a package deal? And if so, to who?

First off, a Panarin/Bobrovsky blockbuster would be GREAT for the NHL. I was saying it yesterday; the NBA trade deadline is so much more fun than the NHLs. Granted half the time it is a bunch of babies crying that they don’t like their team or teammates anymore, but the NHL trade deadline stinks compared to the NBA and could use a blockbuster to spice things up.

So where would they go? Biz mentioned on Spittin’ Chiclets this week that the Florida Panthers are a viable option. With the Panthers recently dumping a ton of money and saying that they are going to be big spenders this summer, it makes sense.

Panarin wants to go to the East Coast or West Coast and wants to be by the water….could Florida be more perfect? I know Panarin allegedly wants the Tavares treatment this summer and be able to pick and choose where he goes but I think playing with Alexsander Barkov could change that real quick.

Where the Panthers would run into trouble would be with their current goaltending situation. Adding Bobrovsky then trying to resign him when you have Roberto Luongo ($4.53m) locked in until 2021-2022 and James Reimer ($3.4m) locked in until 2020-2021 wouldn’t be easy. Obviously one of the goalies would have to go back to Columbus in part of the deal, can’t imagine Bobby Lou would waive his NYC to go to Columbus.

I think the Avalanche would be an interesting option too. Semyon Varlamov is a free agent at the end of the year, so they’ll have his $5.9m off the books and they’ll be looking for goalie help. Again, playing with a player like Nathan Mackinnon can change your mind real quick regarding free agency, so maybe the Avs risk it and hope Panarin re ups there.

I do think there is serious potential these two guys get moved in a package deal together. I think the NHL needs this, finally spice things up a little during the season. Year in and year out the NHL trade deadline sucks. Hopefully this year we get a giant rooskie blockbuster.