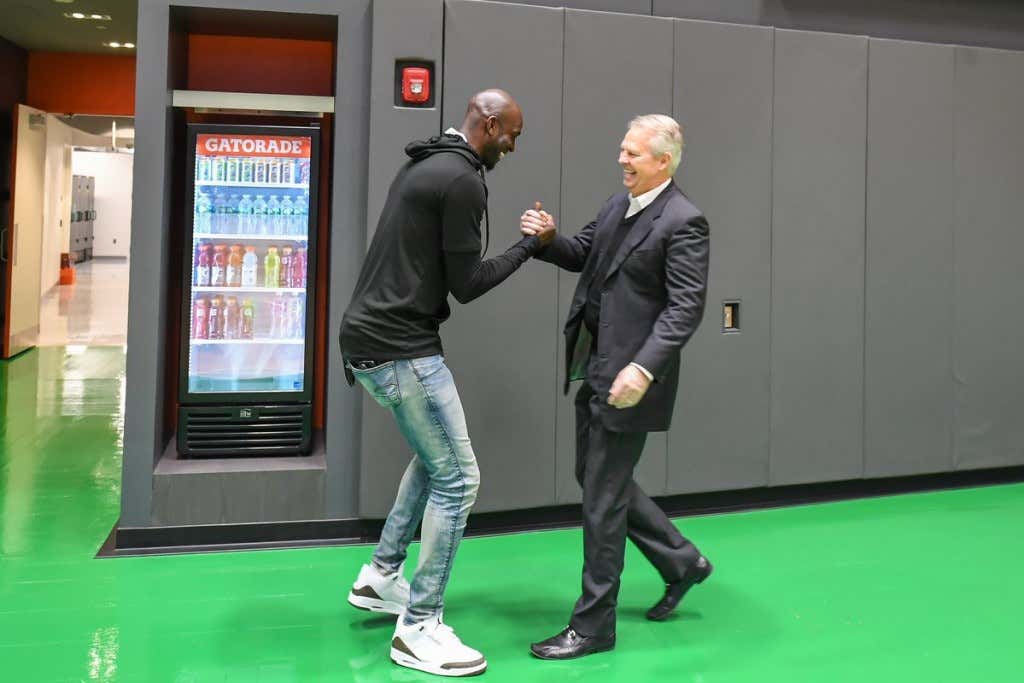 Lotta emotions right now. Lottttttta emotions. Any time you bring Kevin Garnett back it’s only a matter of time before it gets real dusty around here. Interesting that a guy who initially didn’t want to sign an extension in Boston seems to love it so much. That feels relevant. I just don’t know how you can see all that and not be incredibly jacked up for tonight’s game. Then to see him courtside in a Rondo jersey? Be still my heart. I’m already sick enough having to realize we’re going to see Rondo at the Garden in Lakers color, I needed that visual to bring be back. I can only imagine what it’s going to be like at the Garden when they put him on the Jumbotron, even though I already felt confident because the Lakers stink, this is taking my brain to dangerous places right now.

You heard the man “you can’t duplicate this no where else”. It’s true, things are different when you put on this jersey and nobody embraced that more than Kevin Garnett. Smart of Danny Ainge to have him around for this one, that man is always one step ahead. I’m sure they shared a nice laugh at LeBron’s expense and then it was on to motivate the guys. Hell we do have a roster spot open right now and KG definitely looks like he could give us 10-15 minutes so why not give him a spot tonight? How awesome would that be if KG was just going nuts on the bench in classic KG fashion.

I may not know much but I know this, with KG in the house this place is going to be absolutely rocking. No chance they let him down tonight, Celts by a billion.