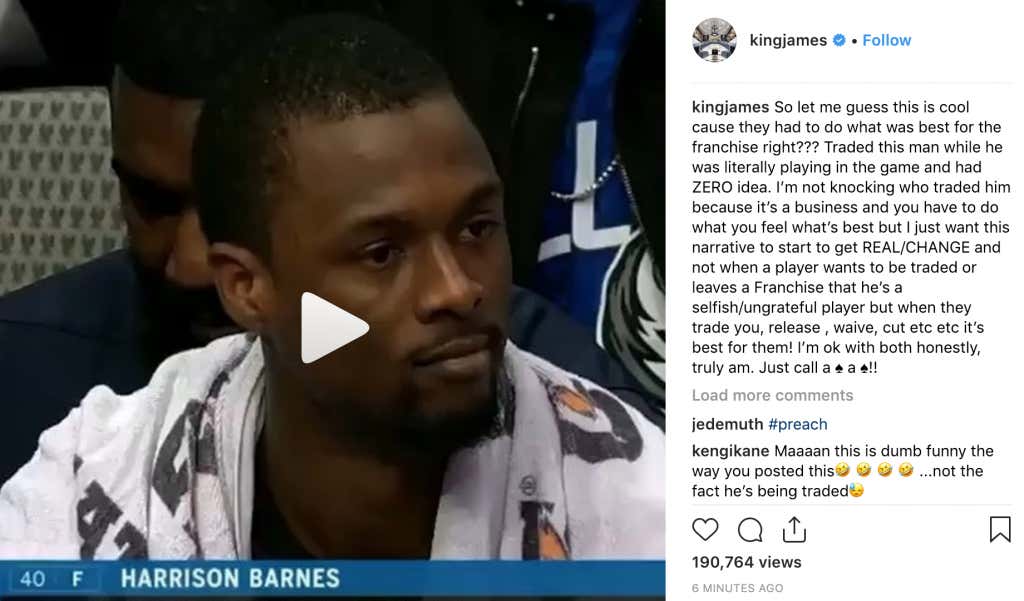 Well, what do we have here? A little late night (I know LeBron is out West, but he still operates on Eastern time) Instagramming? We know what this means here.

LeBron is sending a message to the Lakers. Specifically to the Lakers core. He’s ready for everyone to be traded. He’s telling the Lakers just to do it. Get him whoever he wants.

Listen, he’s not wrong. It is hilarious about how people talk about the differences in being traded/waived vs wanting to leave. But, that’s not the point here. We don’t want to talk about rational thoughts when it’s about to be the trade deadline.

It was talked about today but we need this. Give me heel LeBron. Give me a social media post every night. Give me him sitting at the edge of the bench and not bothering with timeouts. Then give me LeBron being the best player in the world during the playoffs.