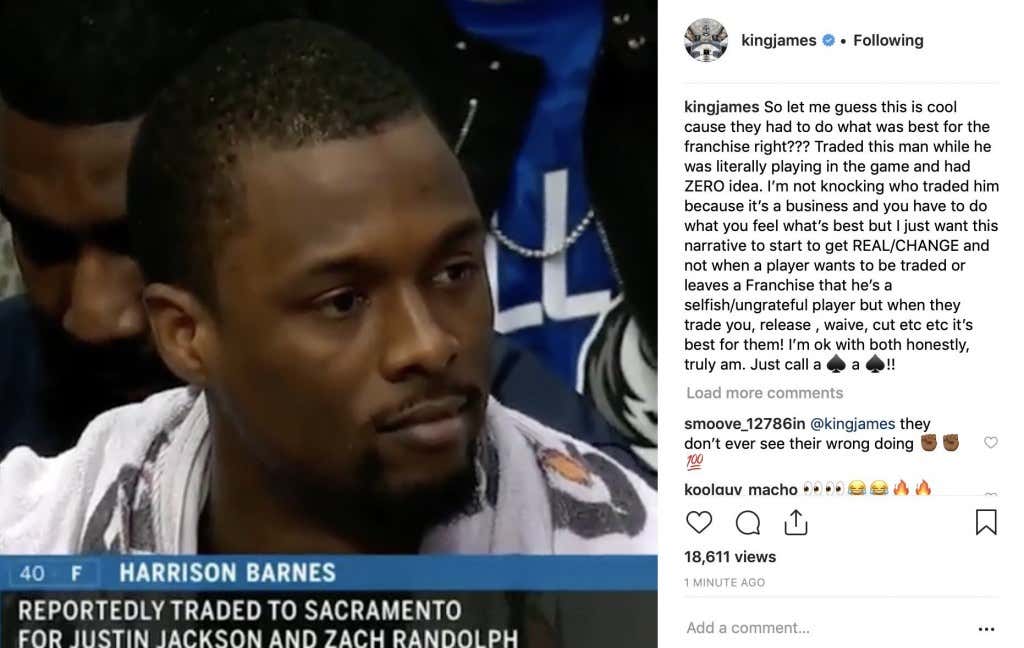 “So let me guess this is cool cause they had to do what was best for the franchise right??? Traded this man while he was literally playing in the game and had ZERO idea. I’m not knocking who traded him because it’s a business and you have to do what you feel what’s best but I just want this narrative to start to get REAL/CHANGE and not when a player wants to be traded or leaves a Franchise that he’s a selfish/ungrateful player but when they trade you, release, waive, cut etc etc it’s best for them! I’m ok with both honestly, truly am. Just call a spade a spade.” – LeBron James

LeBron’s not wrong. He really hit the nail on the head with this one. For whatever reason when players leave a franchise in free agency or demand a trade they’re made out to be traitors and selfish. But when organizations make these same decisions everyone is seemingly cool with it. There should certainly be a change in the way in which we as media and fans start to talk about things like this, and I’m glad LeBron is finally speaking out against the blatant hypocrisy being perpetuated by Anthony Davis. Enough is enough and it was long overdue that he made a statement to get his client in line.

Because that single-browed individual keeps crying about the Isaiah Thomas trade as a reason why he isn’t so high on the Boston Celtics for his future. Yet he wants to play with LeBron James, a guy who also traded Isaiah Thomas away quickly and without hesitation. Doesn’t make much sense does it, Anthony? It’s a business. When a team wants to make a move, they have that right. When a player wants to leave and set himself up in a better situation, they also have that right. It’s about time we stop siding with billionaires or multi-millionaires and realize that business is business. Nothing more nothing less.

I’m happy LeBron is taking time out of his busy schedule of trying to trade all of his current teammates to teach this lesson to his Klutch client. And it appears AD received the message loud and clear. 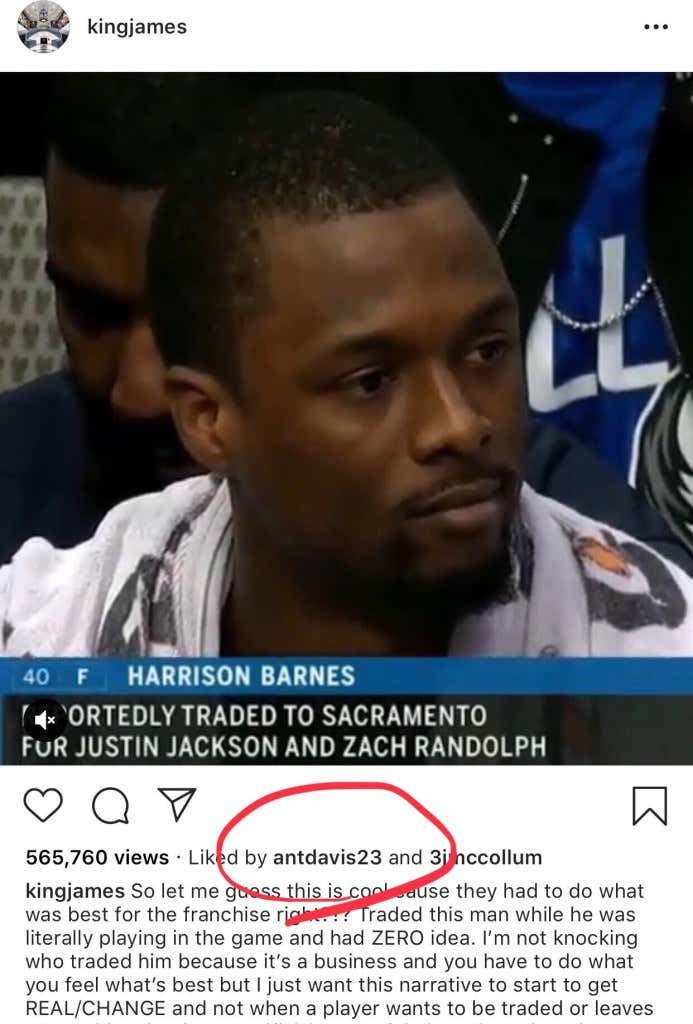 Who could have foreseen the Harrison Barnes trade becoming such a teachable moment, but that’s the beauty of LeBron. One second he’s stuffing a gag down LaVar Ball’s throat so he stops talking on Phoenix radio stations and then the next he’s backing up Danny Ainge’s decision to trade for Kyrie.