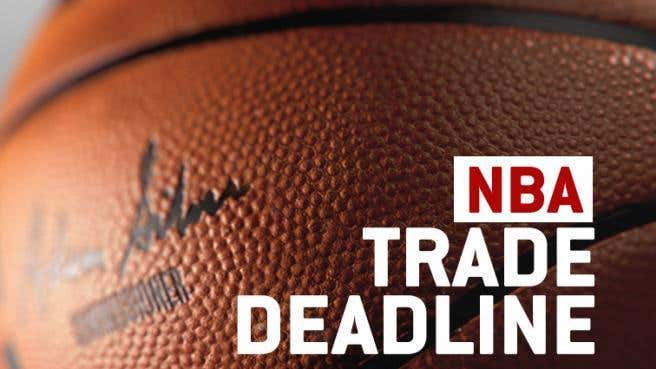 We’ve now reached the point in the week where teams are starting to finalize their trades in preparation for tomorrow’s deadline, so I figured why not make a mega blog and go through everything that’s flying around right now so you can have everything in one place. We’re only going to focus on the deals that are done because if we were to add all the rumors still flying around this blog would never end. We’ve seen some blockbusters so far as well as some smaller moves that may not seem like a big deal on the surface but do have some legit implications moving forward. Let’s dive in

Listen, you set your sights on Anthony Davis, sometimes you walk away with Reggie Bullock. That shit happens. This trade shouldn’t have been all that surprising considering LeBron just realized Svi was actually a real player on his roster

but for the Lakers this trade makes sense. We know the Lakers are not willing to mess with their future cap space, so from that angle Bullock fits their plan. He’s on a $2.5M expiring deal, and from what I was able to find it looks like the pick they gave up is just a 2nd rounder. Not only does Bullock fit from a contract perspective, but he also provides an immediate need in terms of shooting. So far this season Bullock is averaging a career best 2.6 3PM a night on 38% shooting as well as a career high 12.1 points. I’m not sure who he starts over if the Lakers aren’t able to gut their team for Davis, but Bullock is certainly a better option as a reserve wing compared to someone like Lance Stephenson.

For the Pistons, they get a cost controlled rookie and a pick for a guy they probably weren’t going to invest in this summer anyway, and this also helps them embrace the tank and get the best pick possible. While they are just 1.5 games out of the final playoff spot, you don’t get rid of one of your more productive players unless you are trying to move up into the top 10 of the Lottery. They’re just 2 games from the 8 spot in the tanking race, so you could make the argument they’re starting to shed pieces to get as high as possible.

Obviously this is the biggest news of the day. The internet is back to declaring the Sixers the best team in the East and a likely Finals participant and that’s all fine and good. Last time I checked they still have to you know, actually play the games. We saw a similar reaction when they traded for Jimmy Butler and all that’s gotten them is a 5 seed with a 3-7 record against teams ahead of them out East. But there’s no denying they added a real talent in Harris, someone that fits their needs in terms of shooting and a scoring wing and bringing him on board in theory does make them tougher to guard. There’s a lot of talk about their depth and risking their future and all that, but when you’re the Sixers and you’re in win now mode, if you have an opportunity to make this deal you do it without hesitation. Now things are going to get pricey if both Harris and Butler demand max money, they’re going to have like 103M committed to 4 players, and the pressure is now on for them to make a real run this postseason. If they don’t, and maybe Butler or Harris leave this summer, the Sixers paid a hefty price just to be a non-contender. They’ll add guys from the buyout market obviously, and time will tell how this all fits together. Will Butler, a player who already complains about his usage be cool with deferring more shots? How does Harris respond to being essentially a fourth option after being a #1 option in LA? It’s going to be wild to see how it all works.

If you’re the Clippers you love the return. It was clear they were not really interested in investing max money on Harris this summer, so you got yourself some decent young pieces, some valuable draft picks, and a potential roadmap to bring in a couple max guys. You see if they are also able to unload Gallo’s contract, which I’m sure they’re exploring now that they blew it up, that would make them one of the few teams who are able to offer TWO max slots. With guys like Butler/Kawhi/AD etc all rumored to be interested in LAC, that’s significant.

The other benefit is this move now gives them a much better chance of holding onto their pick that as of now was slated to head to BOS if they made the playoffs. They own a slim lead over SAC for the final spot, and it’s not a shock to think now without their best player this team is headed back to the Lottery.

A few weeks ago Thon Maker made it known he wanted out of MIL, and his wish was finally granted. He had fallen out of the rotation for the most part in MIL, and this is a trade for both sides that’s more about a change in scenery more than anything else. This move gives the Bucks another athletic wing to add to their group, and while he doesn’t blow you away with his 38/28% splits what this move does is give them an option defensively when Giannis transitions to center for stretches. I’m sure they are banking on getting him in their system and in a winning environment will bring the best out of Johnson, because he’s been pretty average as a Piston. This trade doesn’t come without risk though. The biggest benefit the Bucks had of keeping Maker was there’s still the possibility that Brook Lopez is schemed off the floor come the playoffs. Based on the way the Bucks defend, bringing Lopez away from rim with a floor spacing big could potentially make him unplayable in certain matchups. If you remember, Thon Maker did a great job last postseason against the Celts, and this move is now going to force Giannis to play more center, which he can certainly do but I wouldn’t say is ideal. Their frontcourt depth is still a question heading into the playoffs, but sometimes you need to get rid of a guy who is clearly not happy when you’re trying to make a title run.

On the Pistons, Maker should definitely get what he wants in terms of an opportunity to play. He’s still under contract for one more season before he enters RFA, so the Pistons will have plenty of time to give him a serious look before they have to make a decision on his future. There’s also the fact that he’s joining a former Bucks assistant in DET, so there’s a chance he’s able to unlock the potential he showed last postseason with an expanded role as a Piston. Maker is one of those low risk high reward type players, and if you remember the Pistons strategy here, it’s not the worst landing spot for him. Maybe playing with Blake and Drummond will bring the best out of him.

If you’ve been following along on Twitter today you know that it seems like things are super quiet after the early news this morning. Don’t let that fool you. That doesn’t mean nothing is happening, in fact it’s the exact opposite. All this silence only makes me think that the real deals are in the works. Think about the three trades we already got today, did we hear any sort of leak about them? No. I’ll update the blog as more shit goes down because we have a wild next 24 hours on our hands.