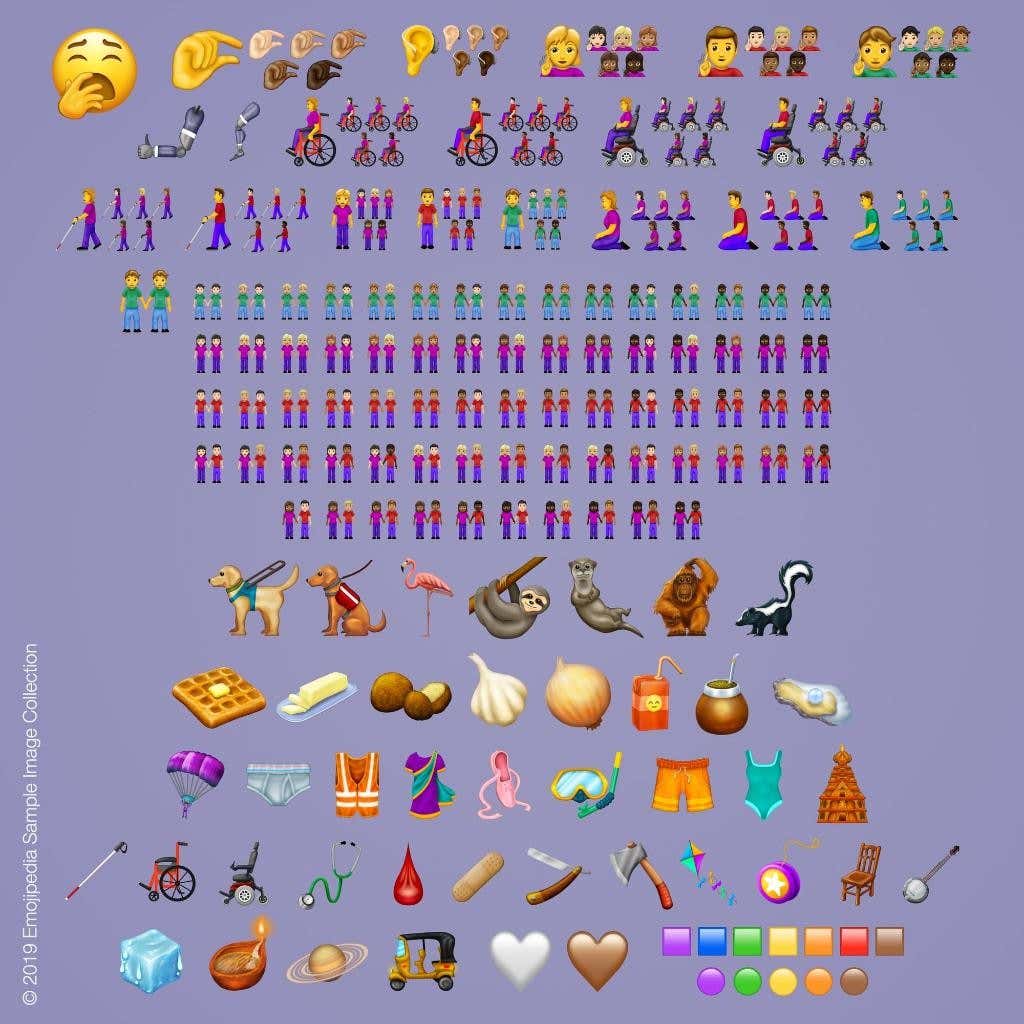 So there it is folks. Your next batch of modern day hieroglyphics used to communicate and dole the written word another big fat L have been released. It’s not a shock considering the progressive times we are living in that Apple decided to be more inclusive to people in non-traditional relationships as well as people with handicaps.

Even though I am an employee at Barstool Sports, which apparently means I am automatically one of the worst people on the planet that is every kind of “ist” ever created, I am happy to see this change so more people are included in what is I imagine the official language of The Youngs. Plus lets be honest, that first seeing eye dog is the cutest emoji ever created.

Awwwww, that reminds me of the cutest picture of all-time.

Your starting QB could never.

Also, I’m not sure if this is sign language or not, but I love the thought of the Mutombo finger wag being immortalized in emoji form.

Anyway, like most of these emoji releases, there are hits, misses, and fuck up. And the most fucked up emoji was what they are calling the “pinch” emoji

What the hell is this, Tim Cook? You are out here trying to make the emoji world a more inclusive place and then create something that will clearly be weaponized against people to insinuate they have small dicks? This aggression will not stand! If I want to feel shame for the size of my dick more than I usually do, I will ask the hosts of Barstool’s sex podcast to do that for me by guessing what my dick looks like on a live national radio show. And I don’t want to be told to get my mind out of the gutter, either. If people can turn an eggplant into a dick and a peach into an ass, they can most certainly turn a pinch into the universal sign for small dick.

Speaking of which, I’m not sure if this is supposed to be a praying emoji, someone that can’t walk resting outside of their wheelchair, or something else. But what it is definitely going to be used for is sucking dick or lady dick, depending on how you pick your poison.

I believe the kids call this a PAWG.

This will either be used as a nutsack or be accompanied with the squirt emoji every time it is used.

I understand you may want to not have lame tighty whities as your underwear emoji, but those just look like dirty drawers.

Nobody that plays the banjo can afford anything more than an Android, so including this emoji makes no damn sense.

But out of all the emojis, including the baby dick indicator, I am most offended by the Yawn emoji.

Are you fucking serious with this shit, Apple? As if removing the headphone jack and charging laptop prices for new phones wasn’t enough of a crime against humanity, you have now given every iOS user the ability to make someone else yawn. I yawned after realizing this emoji was yawning and so did the person reading this sentence. I actually yawned 5 times while editing this blog because yawns are the most addicting things on Earth, especially when your fucking baby doesn’t sleep past 5 am. The only reason I won’t rebuke this release is because:

A) It would make me a hate monger, because again, I work for Barstool

B) The puppies, the sloth, and the sea otter steal the fucking show and are the only things that can stop the bleeding for Apple’s earning forecast for Q2.