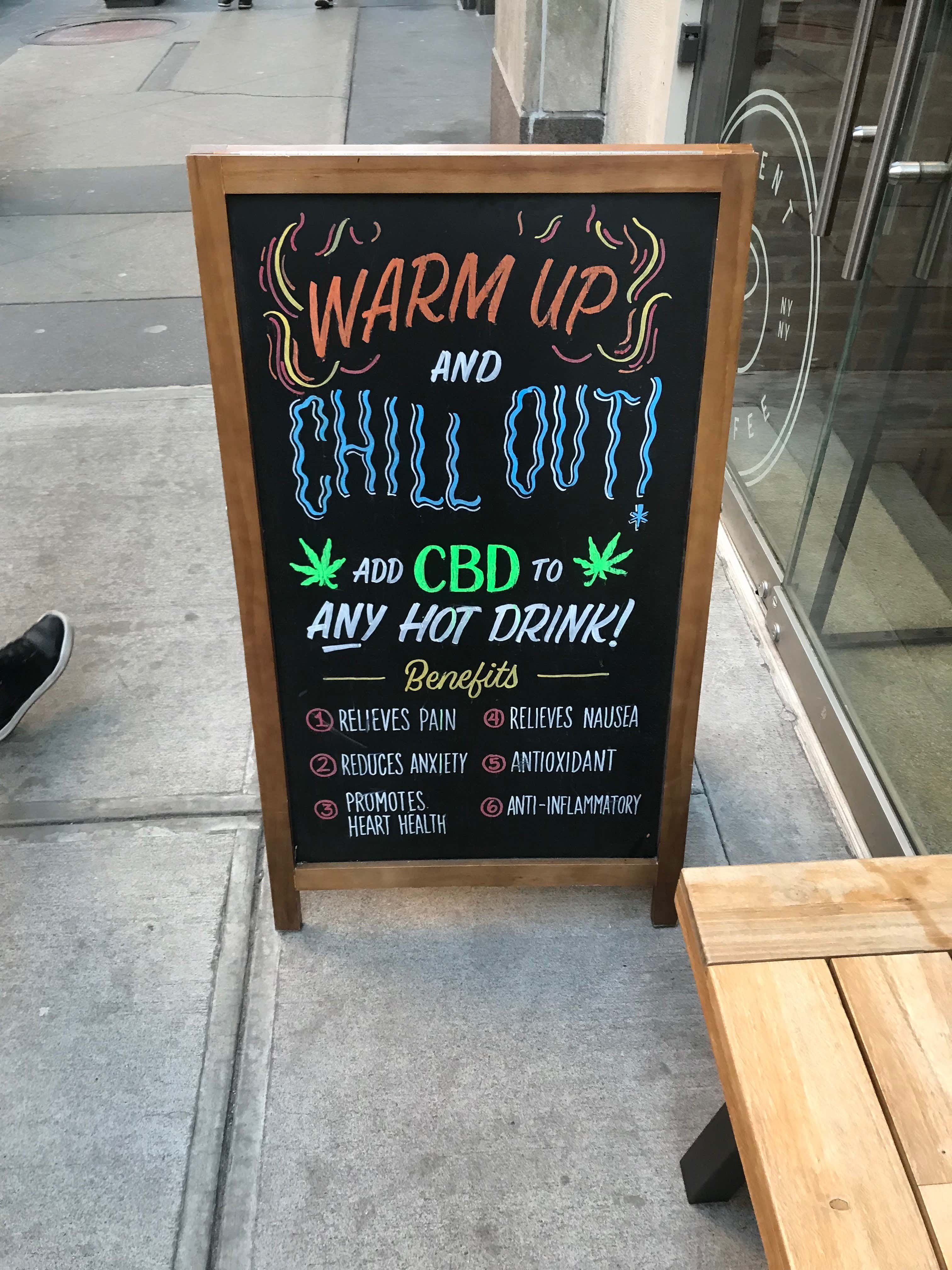 NYDN – The city’s half-baked policy barring popular — and legal — marijuana derivative CBD in food is a total buzzkill, restaurant owners say, especially in light of the expected legalization of recreational pot in the state.

Holm, who runs the 14th St. bakery with her husband, said health inspectors had been to her shop twice before in the prior two-and-a-half months where she openly advertises sweet treats made with cannabidiol, or CBD — a non-psychoactive compound found in marijuana that’s said to have calming effects.

…a policy change the city made with little or no public notification.

The NYC Gestapo Health Department made some big power moves last night, catching coffee shops and bakeries by surprise with some raids where they confiscated everybody’s CBD products without giving them any warning.  They don’t regulate it yet, so they don’t want people selling it until they can totally control all the rules about it.  Just doing some government stuff. 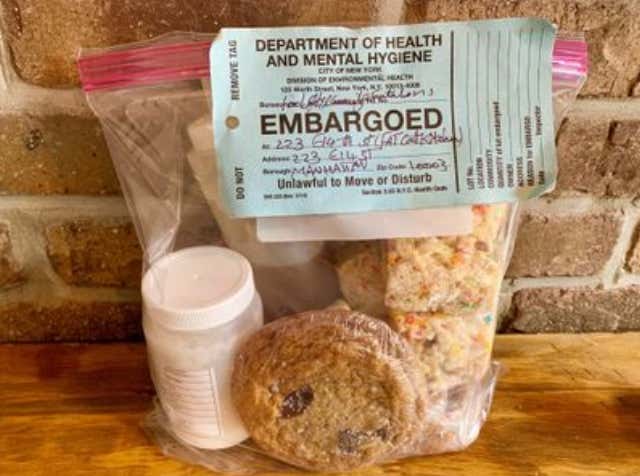 Most people reading this most likely know all about CBD, but just in case, here’s a handy cheat sheet:

CBD is a compound from the cannabis plant that is non-intoxicating and doesn’t have the THC from weed that makes you high.  So you get all the positives of marijuana (which is literally used to treat serious illnesses) without sitting alone in the corner at the party spinning and pouring Doritos down your throat thinking what does life really mean anyway.

What does CBD do?

CBD helps inflammation, pain, anxiety, psychosis, seizures, spasms, and other conditions without disconcerting feelings of lethargy or dysphoria. In layman’s terms, it helps everything bad about you without making you tired or depressed. [Source]

Is CBD bad for you?

Scientific and clinical research—much of it sponsored by the US government—underscores CBD’s potential as a treatment for a wide range of conditions, including arthritis, diabetes, alcoholism, MS, chronic pain, schizophrenia, PTSD, depression, antibiotic-resistant infections, epilepsy, and other neurological disorders.

Further evidence suggests that CBD is safe even at high doses. [Source]

Can CBD kill you?

CBD has no lethal dose or known serious medical side effects, but it is still federally illegal.

Sounds like weed and weed is BAD. Has it actually ever helped anyone or is just an excuse to get STONED?

Two year old Charlotte Figi developed Dravet Syndrome, which basically gives you nonstop seizures. She lost basically all mental ability and couldn’t eat or talk or walk by the time she was five. As a last ditch effort, doctors treated her with medical marijuana that barely had any THC, but was high in CBD: The strain…It was also high in cannabidiol, or CBD, which has medicinal properties but no psychoactivity. Scientists think the CBD quiets the excessive electrical and chemical activity in the brain that causes seizures. It had worked in [a] boy; his parents saw a major reduction in the boy’s seizures. [Source]

Charlotte went from 1,200 seizures a month, some of which stopped her heart, to 3.

Is it FDA approved?

No. Studies published in medical journals (ever heard of them ) found links between CBD and treatment of anxiety, heart health, and opioid addiction (kind of big deal lately in the world of major health hazards.)

But they’re not officially government regulated (still collect the taxes though,) and the government really really likes to be in control of what you do with your body and what you put into it.

And, in New York, it’s legal. But the Department of Health doesn’t have their rules set up yet, obviously, because why would they. And why would they tell the public.

While CBD is legal, the Department of Health says it runs afoul of rules prohibiting restaurants from adding additives to food and drink — a policy change the city made with little or no public notification.

Did a little investigative journalism this morning at my local coffee shop, where general manager Emily Williams said they’d continue serving CBD in their products until someone came in and physically made them stop.  See?

Emily was recently featured in Barista Magazine, where she gave much better quotes about this stuff, so I’m gonna use those.

“I first heard about CBD after my husband got his medical marijuana card for NYC to get off of five different prescriptions his doctors had him on. When he was able to quit morphine cold turkey just from using this vape and then the other four prescriptions that were given to him for the side effect of morphine, I was intrigued because I have chronic back pain. So I have been using CBD for about 1.5 years.”

After seeing CBD basically literally cure her husband and help him ditch FIVE prescriptions, and after it helped with her bad back, she decided it might be a good idea to mix it up into drinks and food that people like, to make it fun and easily accessible.  So you don’t have to find a vape shop, buy a vial, and drip it on your tongue.  Which, I know personally, sucks.

Yeah I’m not a health expert obviously.  I mean I went to college next to the CDC so who knows how much of that aura wore off on me, but I’ll admit I’m not qualified to give medical advice.  All I know is that personal experience says it really works on anxiety, and 99% of what I’ve read said it is completely harmless and effective in helping with a ton of health issues. And, as much as you want to argue “well you can just buy the oil and the vapes,” it’s obvious that putting it into things like coffee and cookies makes it way more appealing and accessible for people to try it out for themselves and see if it helps.

But, just like vapes that help hundreds of thousands people quit smoking, NYC needs to figure out how to have as much control (and make as much money as possible) on things that you choose to do with your body.