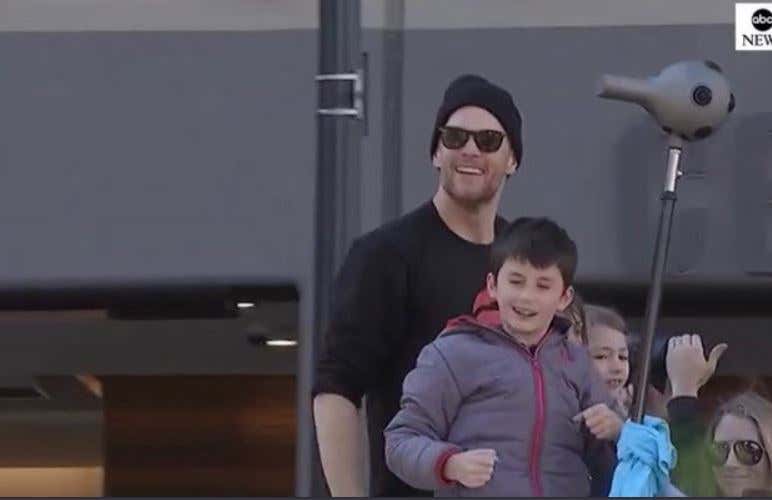 So somebody mentioned this to me after the Pats won the Superbowl. That Tom’s daughter Vivian was wearing turquoise hair bands during the Trophy celebration. To be honest I didn’t think too much about it. It could just be her favorite color blah, blah, blah. But then today happened. Once again Vivian was wearing that same distinct turquoise hair bands in her hair. Ok just a happy coincidence right? Well what about the shirt that big dick’d motherfucker Ben Brady was seemingly holding? Once again that appears to be a Goodell Clown shirt. And how about the fact there was clearly other Barstool merch on his duckboat? Listen I’m not conspiracy theorist. I don’t believe the moon is made out of cheese or the world is flat. But I am convinced this was Tom’s way of saying fuck you to Roger Goodell and him basically asking me to blog it so the world would know. This turquoise color wasn’t any propeller, it wasn’t any coral reef, and it wasn’t Jack the Ripper! It was a clown shirt plain and simple.