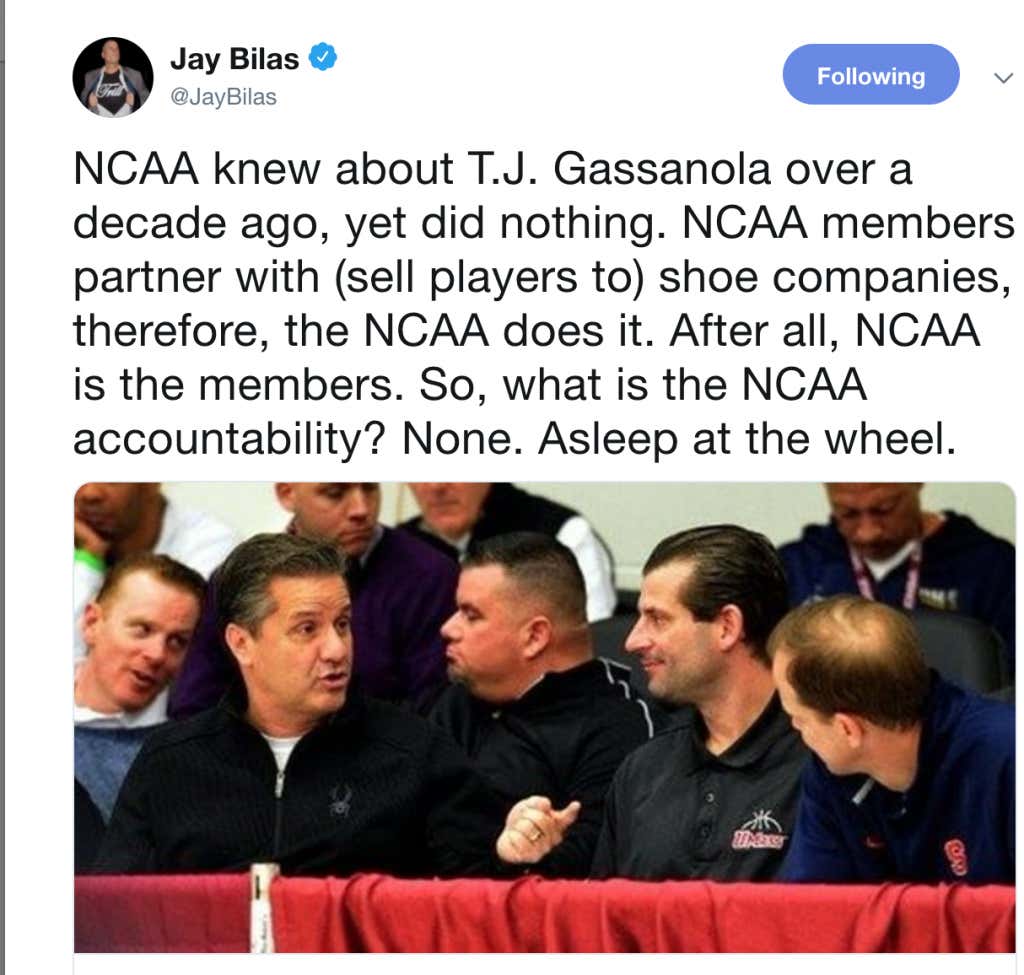 So this was the tweet that started the rivalry that had the Internet buzzing. Bilas tweeting out a story from an Oregon newspaper about TJ Gassnola – the main person in the FBI investigation into college basketball.

You may notice the picture focuses on someone else though. John Calipari – who is not listed in any documents or had an assistant coach arrested or has anything to do with the case.

Naturally you want to defend your family. So Megan Calipari chimed in first:

Logical, made sense. Point to Megan Calipari here. But, naturally this drew up more people responding because Kentucky fans are nuts.

Erin, the oldest Calipari kid then chimed in and explained that Calipari’s can’t even buy Adidas clothing. 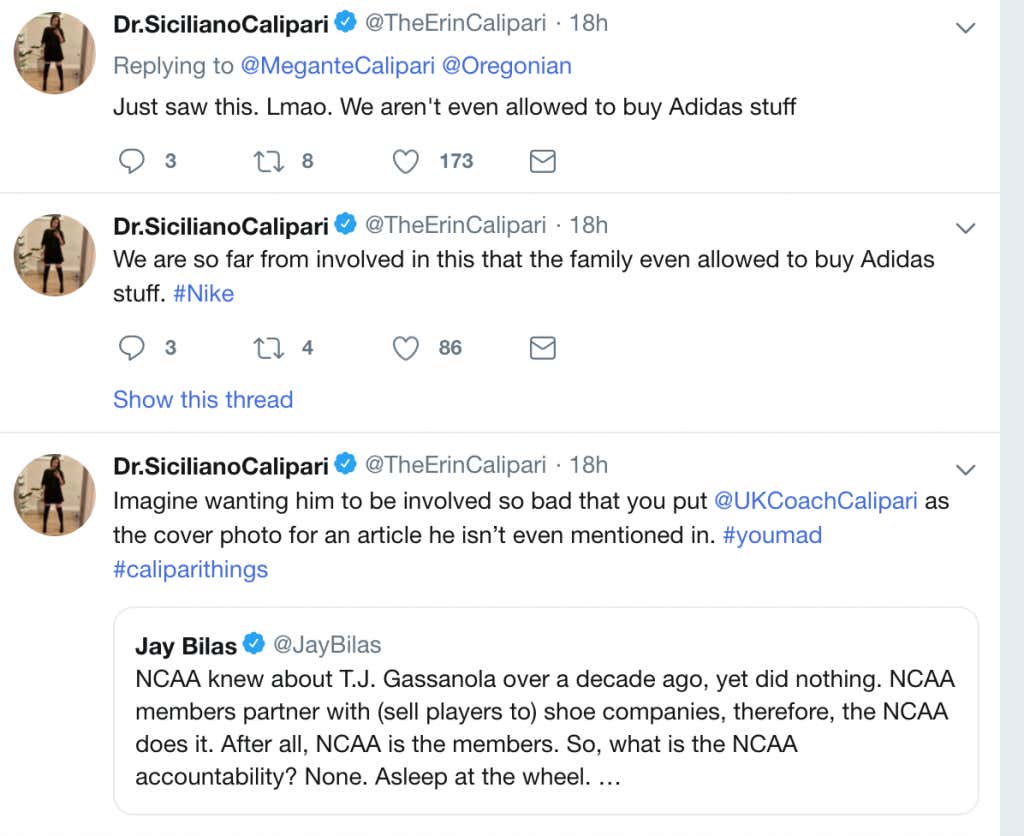 Bilas then responded to both Calipari and someone else on Twitter, which brought in Mrs. Calipari for the TKO win.

You’ll notice the words ‘read the article or have someone else read it to you.’ This is what Ellen Calipari uses to her advantage and let me tell you what. You do not fuck with Mrs. Calipari. Naturally she buried Bilas immediately with some Instagram shade: 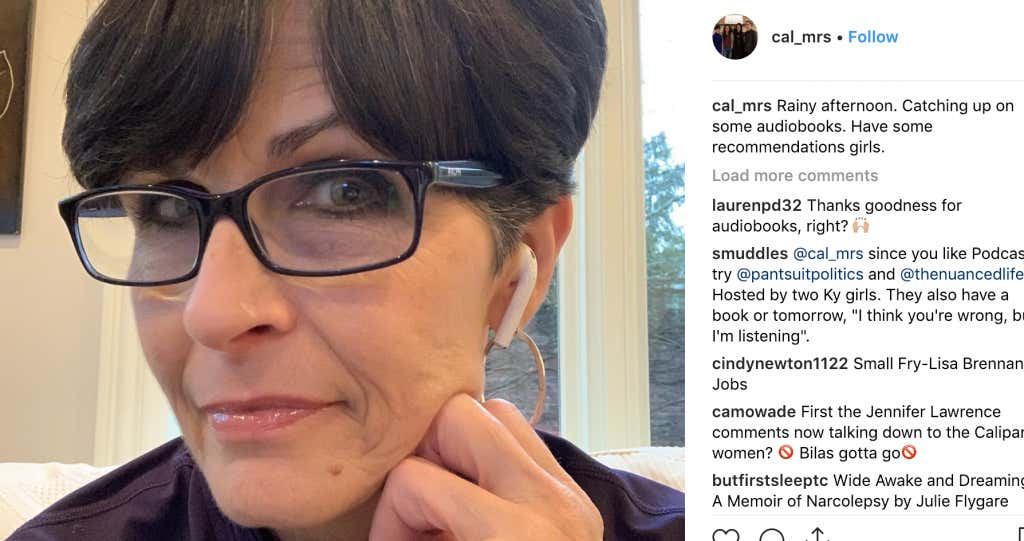 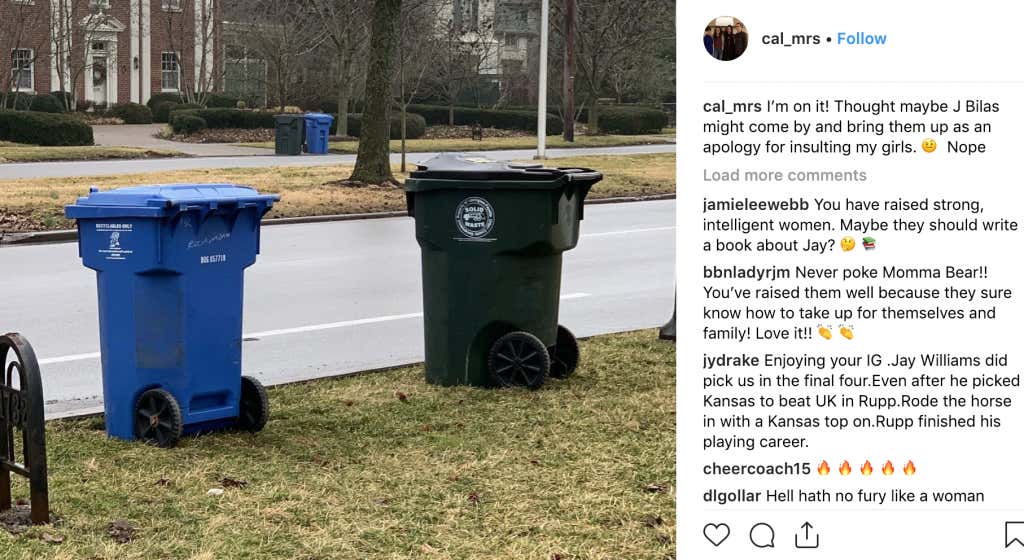 I gotta side with the Calipari’s here. First, I don’t want any smoke from Mrs. Calipari after seeing what she’s capable of vs Bilas. I like Bilas! But, he’s gotta apologize now. That’s the only thing that can save him from the wrath of Cal.